Josiah McElheny and Carol Bove in conversation with Nicholas Cullinan 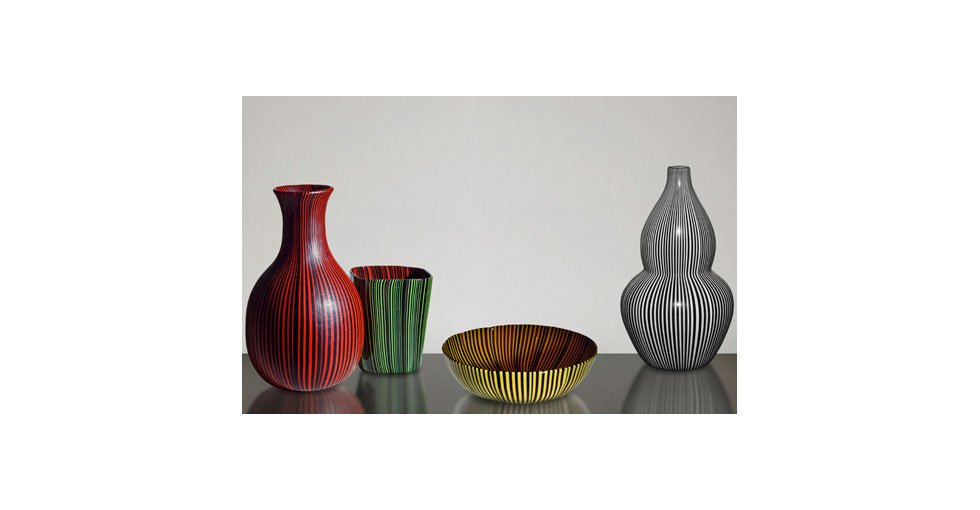 This program is held in conjunction with the exhibition Venetian Glass by Carlo Scarpa: The Venini Company, 1932-1947.

This program is made possible by Bank of America. Free with Museum admission.

Carlo Scarpa (Italian, 1906-1978) created a singular and multifaceted body of work in architecture and design. Born in Venice, Scarpa studied architecture at the Accademia di Belle Arti there, graduating in 1926. His exploration of the medium of glass began while he worked at MVM Cappellin glassworks between 1926 and 1931. However, it was Scarpa’s next post at Venini where he redefined the parameters of glassblowing in terms of aesthetics and technical innovation.

In 1932, while in his mid-twenties, Scarpa was hired by Paolo Venini, the company’s founder, as an artistic consultant. Located on the Venetian island of Murano, where the glassblowing tradition reaches back hundreds of years, the Venini factory quickly became a center of innovation, with Scarpa leading the way. Until 1947, he worked closely with Venini master glassblowers and Mr. Venini himself to create over two dozen styles, in the process pioneering techniques, silhouettes, and colors that thoroughly modernized the ancient tradition of glassblowing. Their collaboration was put on display at important international showcases such as the Milan Triennale and Venice Biennale in Italy during the 1930s and 1940s.

Organized chronologically, the pieces in the exhibition will be divided into groups according to technique. Radical in nature, Scarpa’s glass designs went far beyond being perceived merely as decorative or utilitarian objects. They immediately attracted the attention of critics, one of whom wrote that “this production is really at the avant-garde of modernity.”

The exhibition is an adaptation of Carlo Scarpa. Venini 1932-1947, organized by the Fondazione Giorgio Cini, Venice, and Pentagram Stiftung for presentation at Le Stanze del Vetro, Venice last year.