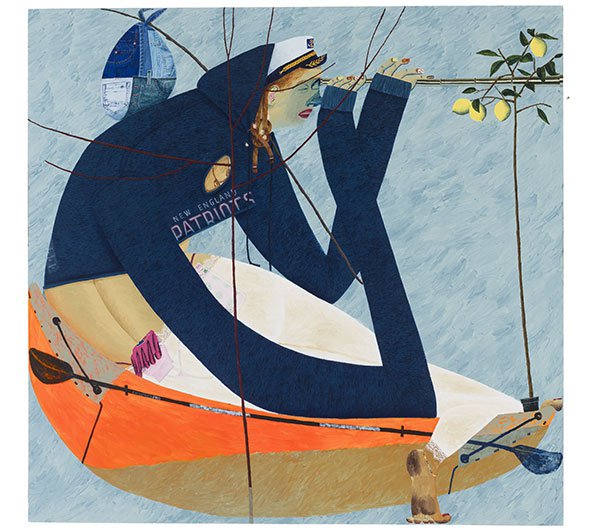 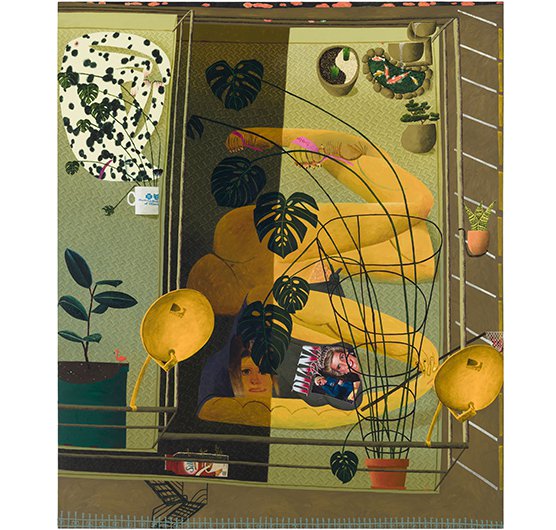 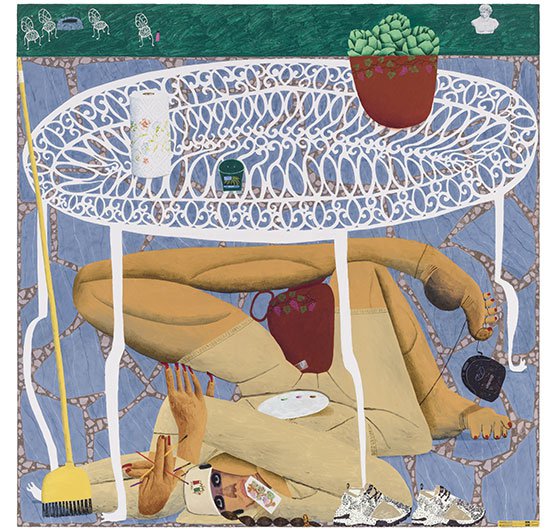 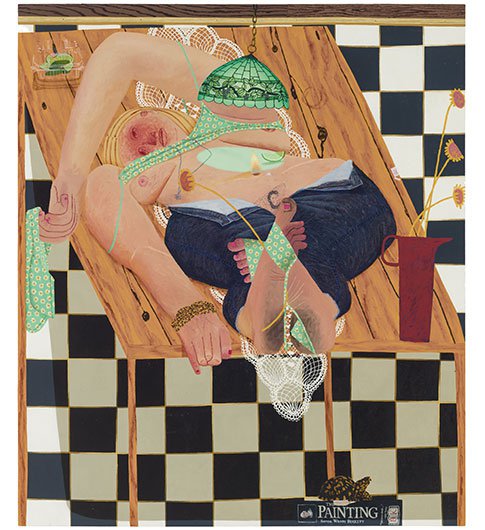 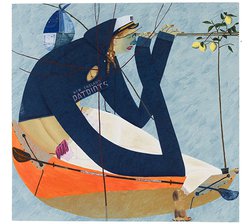 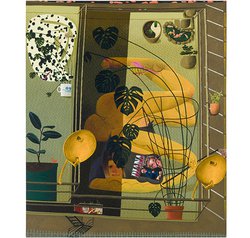 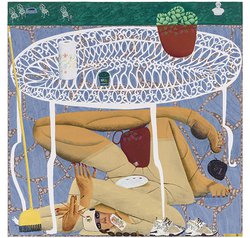 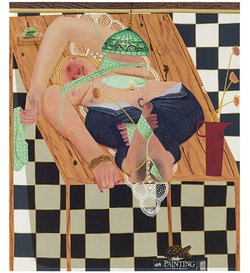 Corbett vs. Dempsey is delighted to present Controlled Burn, an exhibition of twelve new paintings by Celeste Rapone.  At CvsD, Rapone has been the focus of an eponymous Big Dig virtual presentation in 2020 and Everlast, a two-person exhibition with Betsy Odom in 2018. Controlled Burn is her first solo show at the gallery.

In a group of brand new canvases, Rapone opens up the space in her detailed compositions, situating figures in an architectural or natural scene. Still figurative and populated by a range of evocative characters, they are now less claustrophobically compressed, the settings providing a theatrical context for morphological feats, sly mass-cultural references, and luscious paint application. Rapone started work on the paintings in this exhibition in what she candidly calls "the clusterfuck of January, 2021" with no specific trajectory in mind, but over time they revealed themselves to be more about painting itself than anything thematic or topical. Where she has often approached painting as a chain process, a finished piece suggesting the direction for the next one, in this case each canvas took its own journey and gradually became its unique, monadic self, feeding less off its predecessor than off the intense energy of the time and formal and technical problems gyrating in Rapone's head. Among the diverse, dazzling results are the largest paintings she's ever made, a trend upward in scale that continues at present, as well as some of the most daring and hilarious images in her opus.

Celeste Rapone (b. 1985, New Jersey) received her BFA from the Rhode Island School of Design in 2007 and her MFA from The School of the Art Institute of Chicago in 2013, where she is now an adjunct professor in painting and drawing. Her work has been exhibited at Josh Lilley Gallery (London), Marianne Boesky Gallery (NYC), Zidoun-Bossuyt Gallery (Luxembourg), Roberts Projects (LA), Steven Zevitas Gallery (Boston), Julius Caesar (Chicago), The Hyde Park Art Center (Chicago), the Georgia Museum of Art (Athens), and Monya Rowe Gallery (NYC). In addition to her upcoming solo exhibition with Corbett vs. Dempsey, her work will also be included in ICA Boston's exhibition, A Place for Me: Figurative Painting Now on view from March 30 - September 5, 2022. Her work has been featured in New American Paintings, Newcity, The Chicago Tribune, The Georgia Review, and she is a 2018 recipient of a Pollock-Krasner Foundation Grant. She lives and works in Chicago, IL.

Corbett vs. Dempsey is open Tuesday - Saturday, 10am - 5pm. Appointments via Tock are encouraged but walk-ins are welcome. Face coverings are required for all gallery guests.