Gina Litherland Braids of the Past 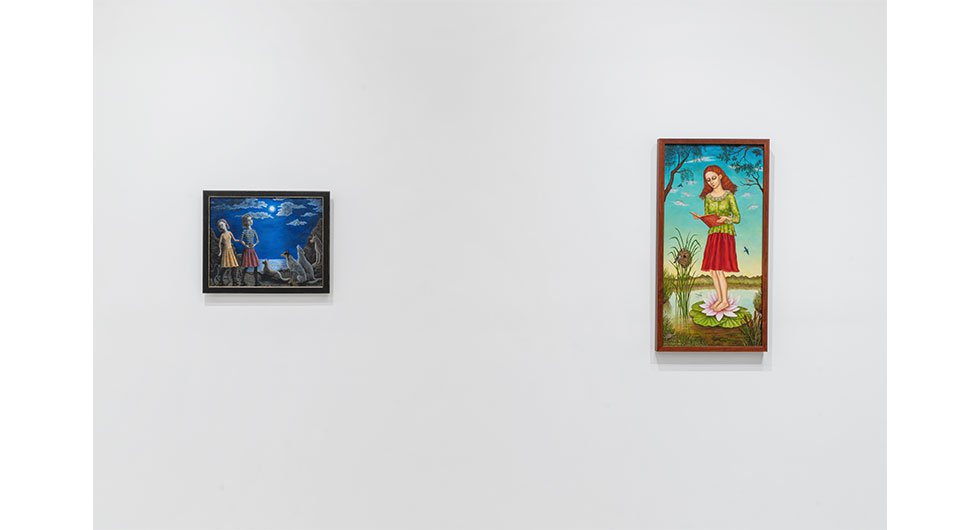 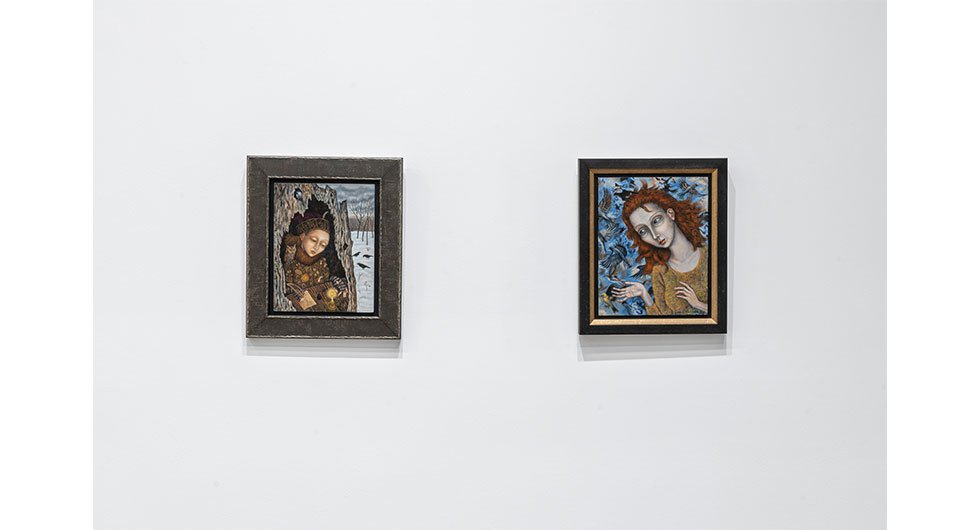 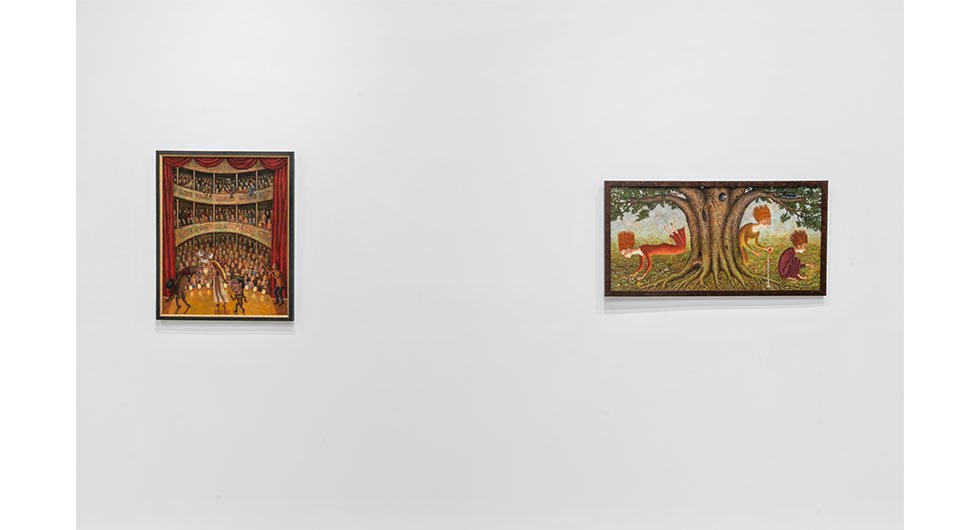 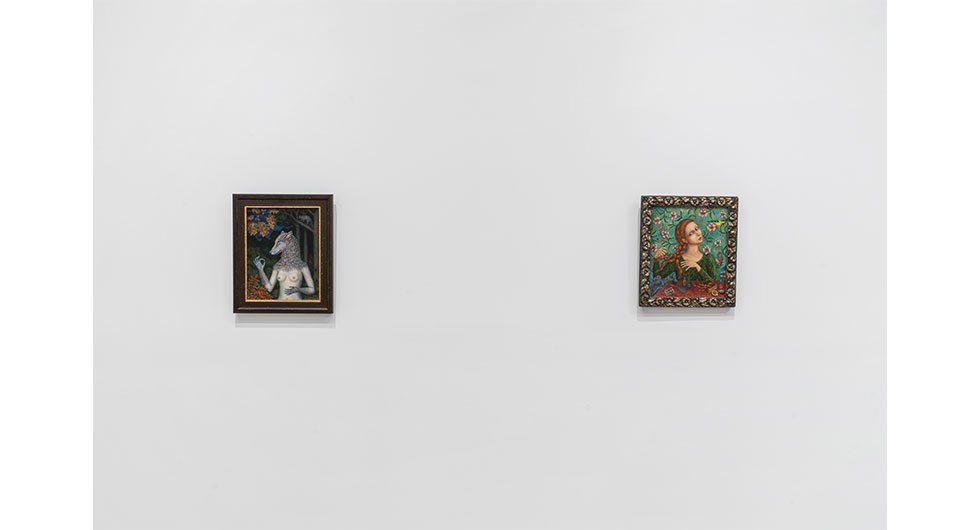 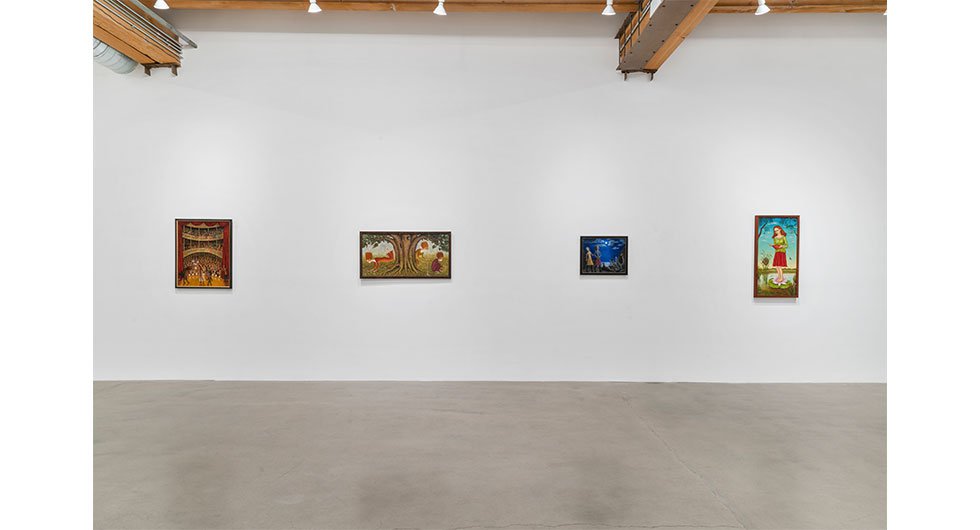 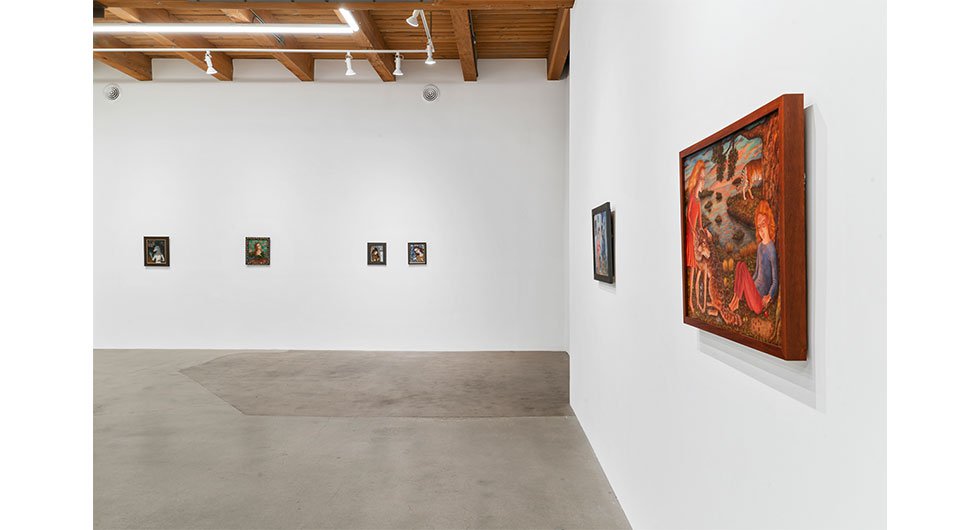 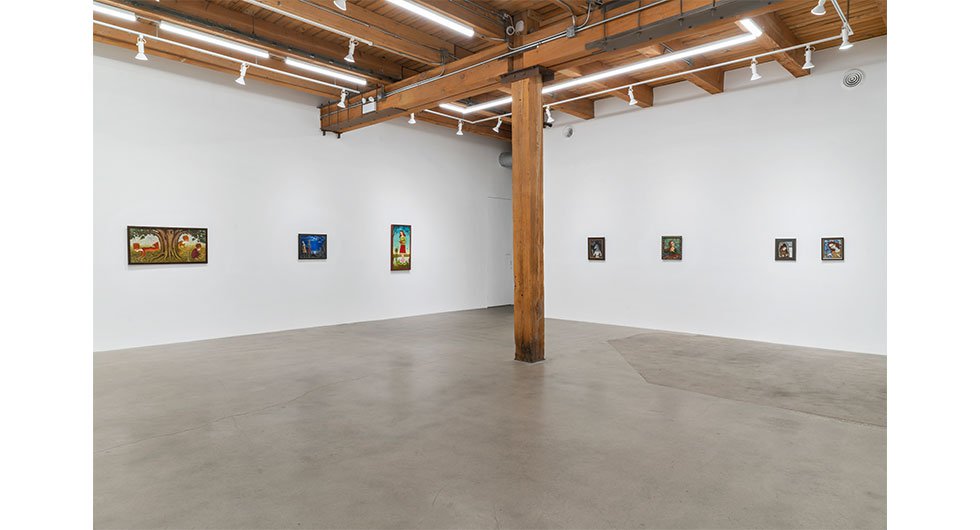 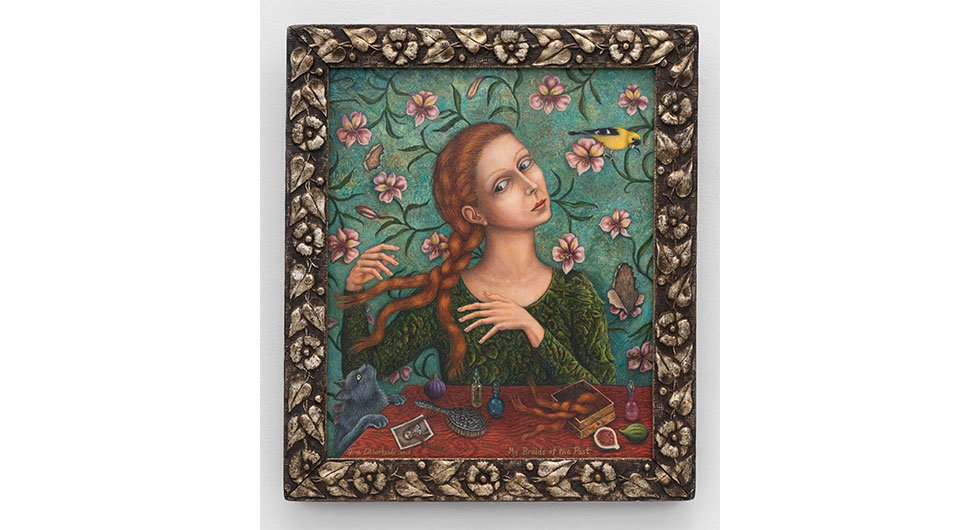 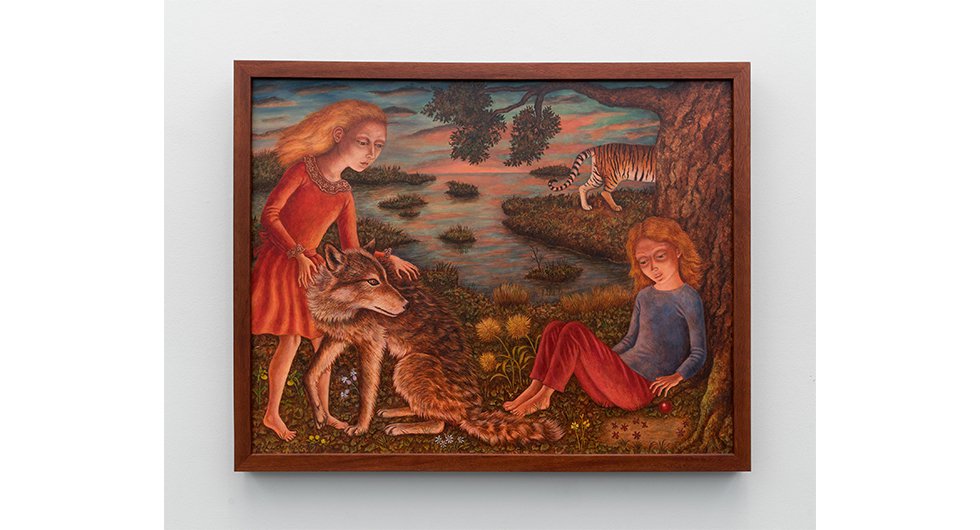 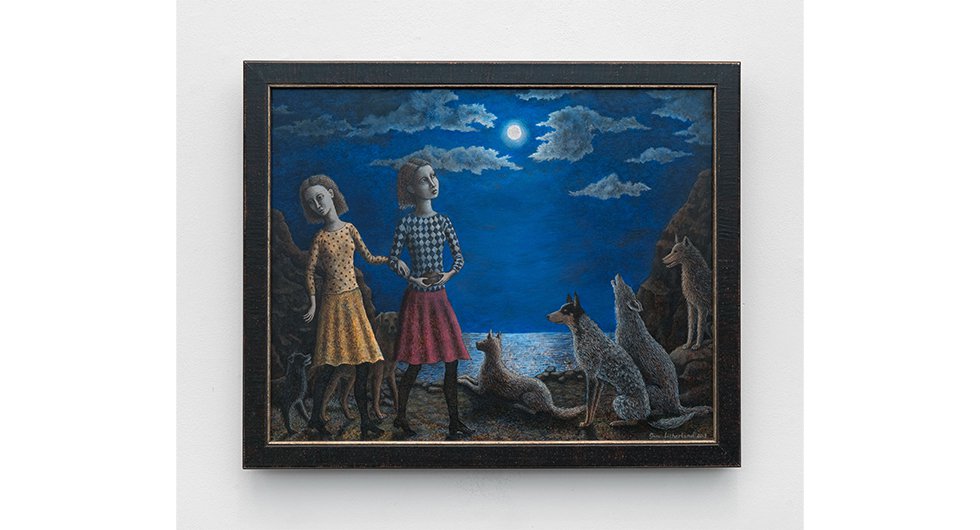 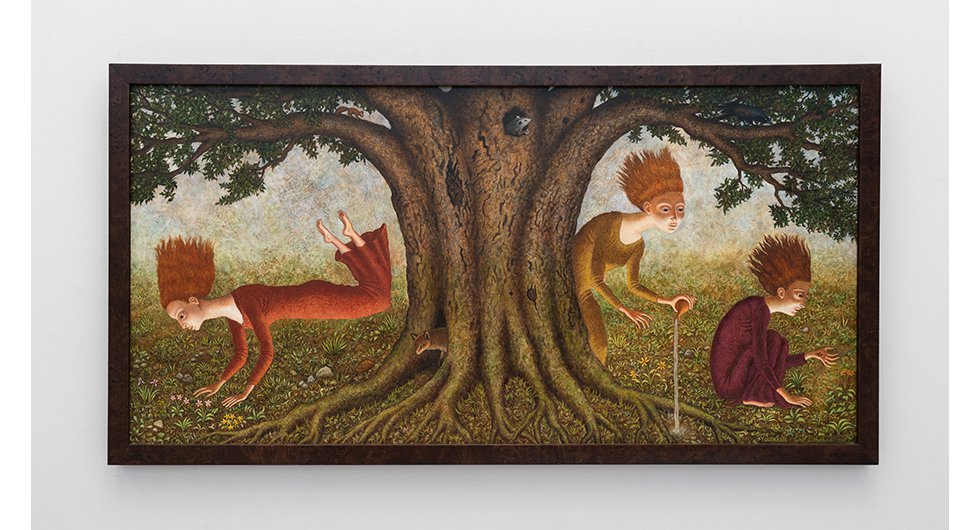 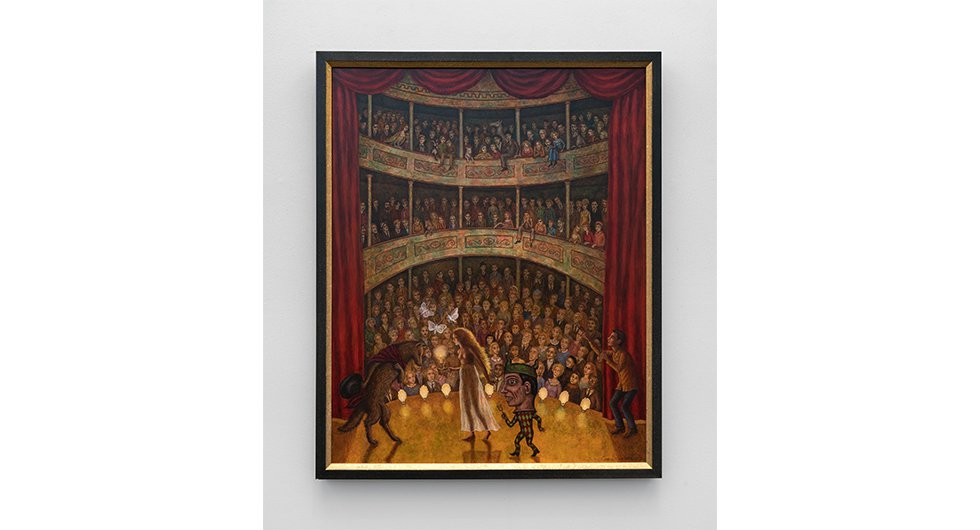 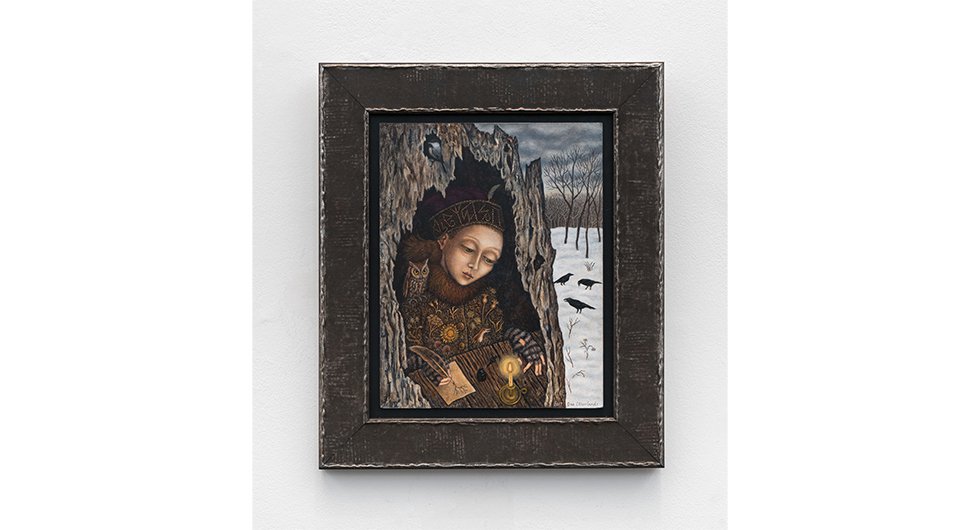 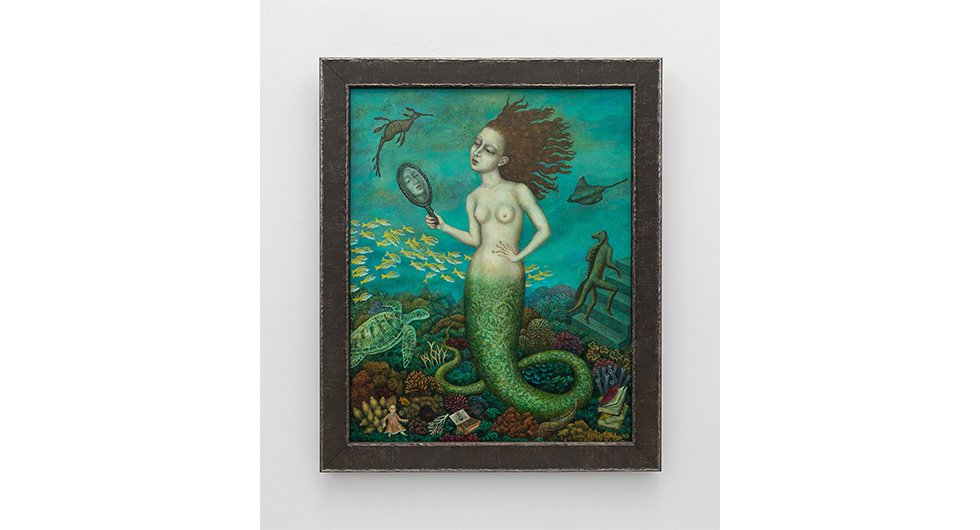 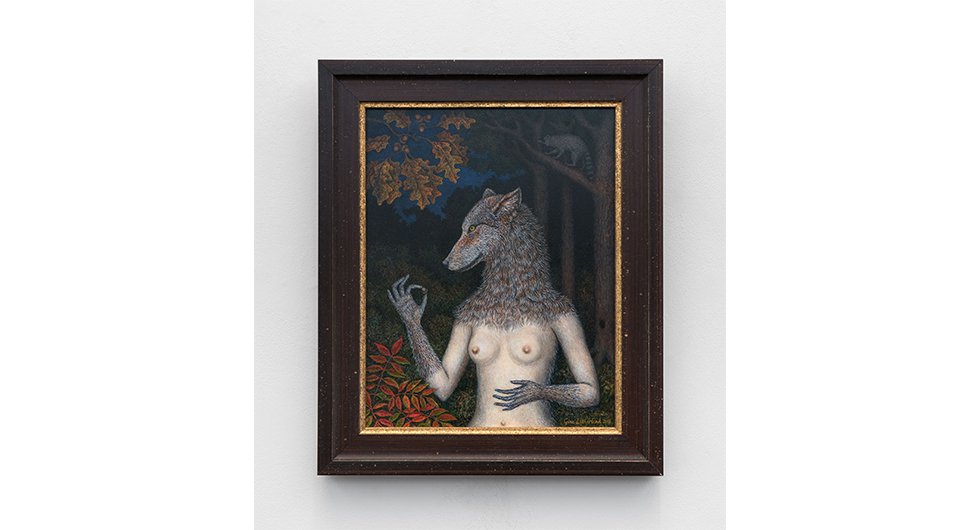 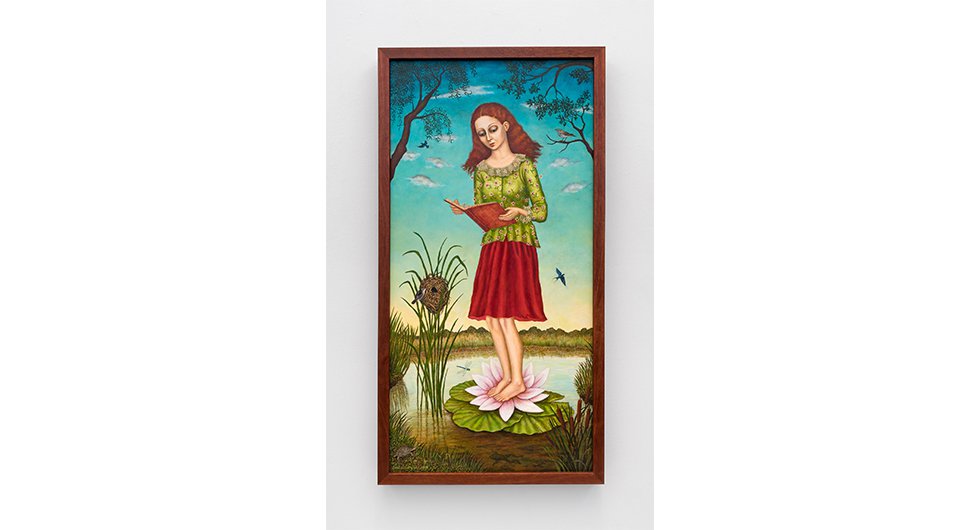 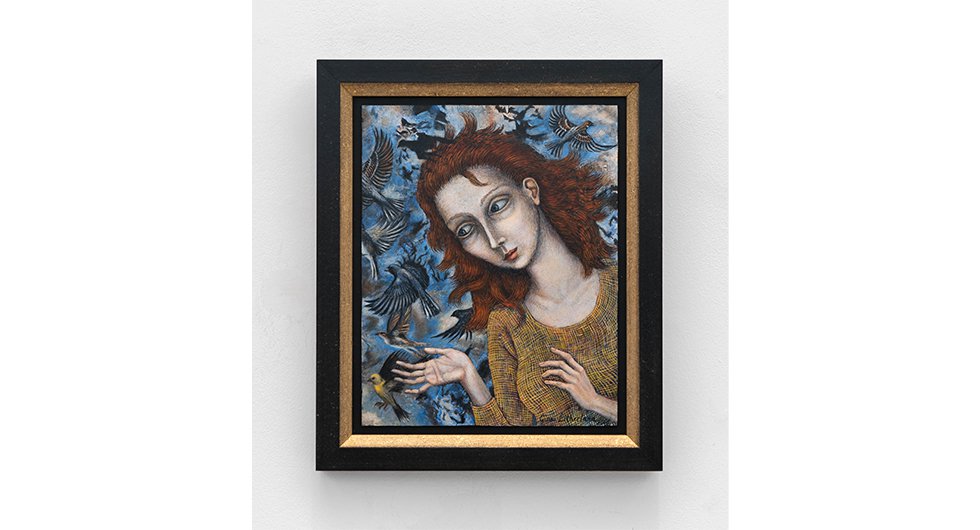 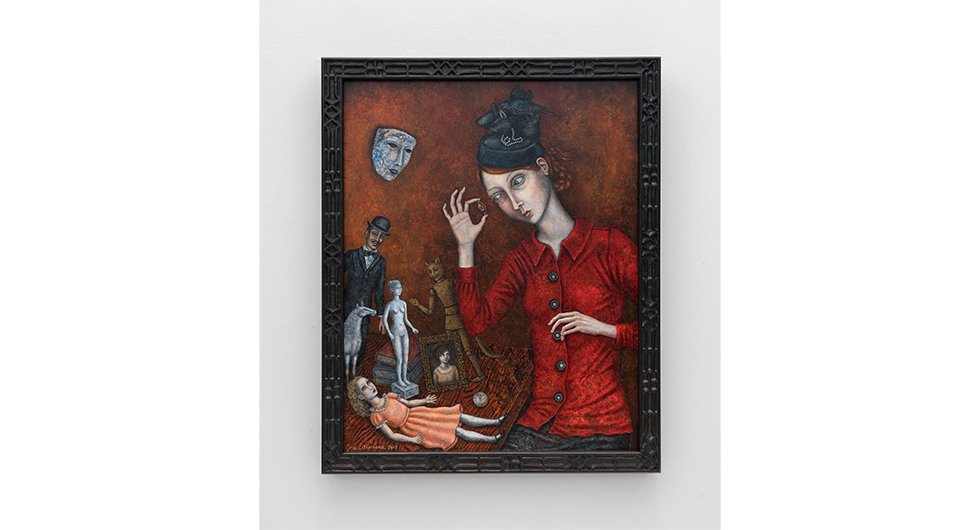 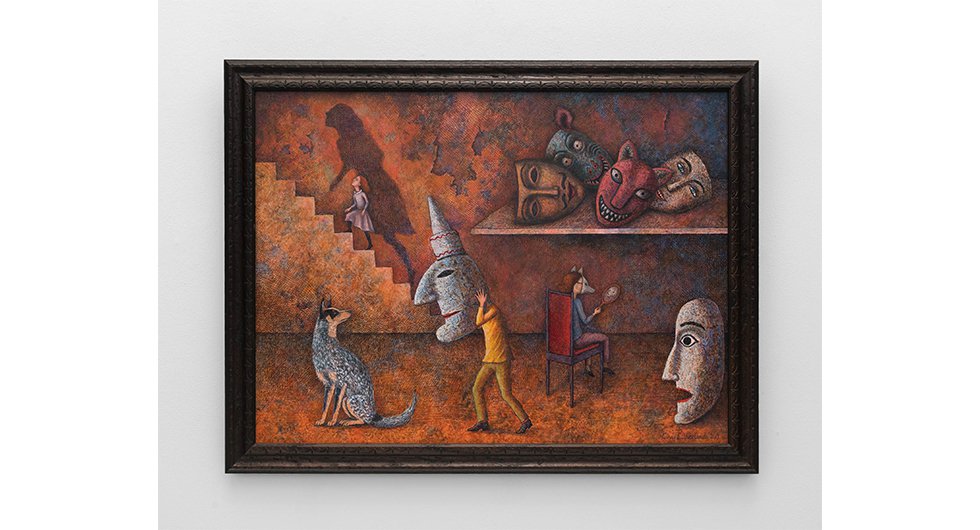 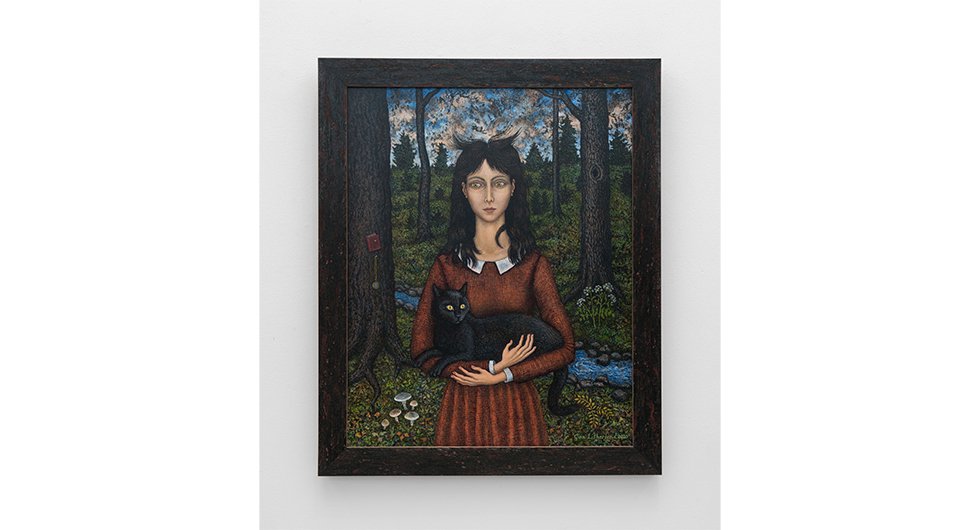 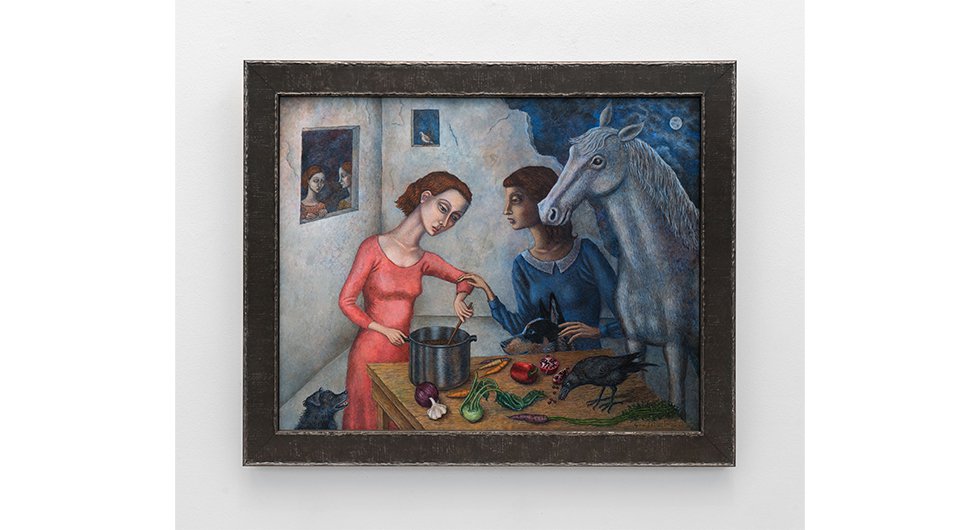 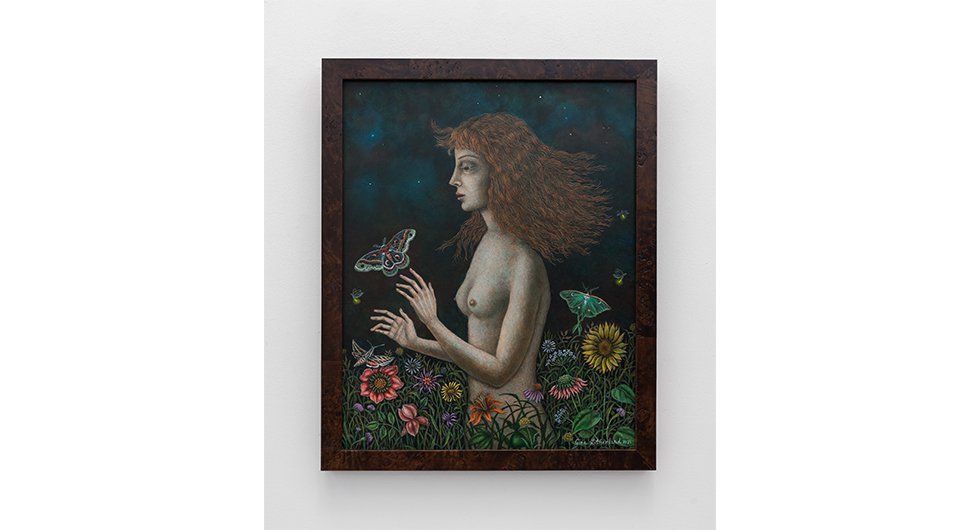 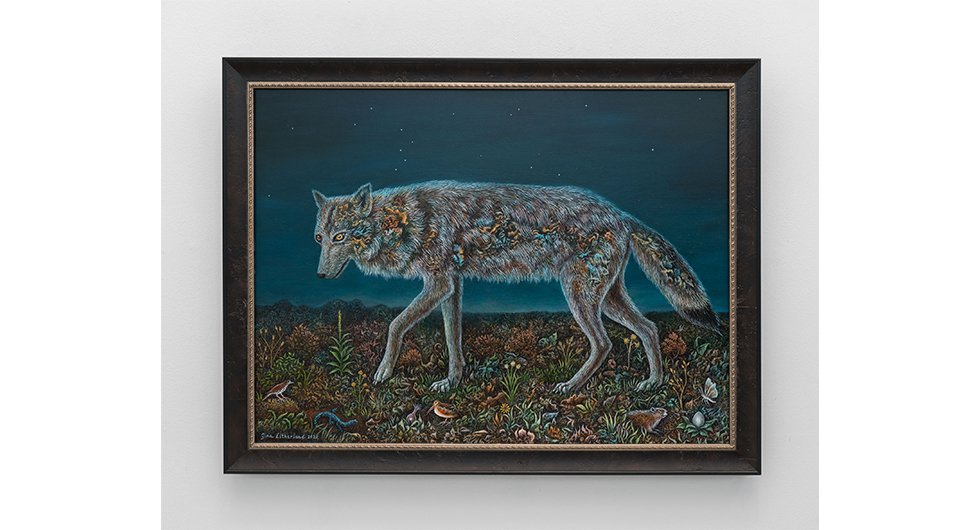 Corbett vs. Dempsey is very pleased to present Braids of the Past, an exhibition of recent paintings by Gina Litherland. This is the artist’s fifth solo show at CvsD.

Gina Litherland has been exploring a personal approach to image-making for over four decades, interweaving strands drawn from mythology, literature, film, folklore, and natural history, in a visual style that connects her with Northern Renaissance portraiture and Magic Realists such as Remedios Varo and Leonora Carrington. However Litherland describes this most recent body of paintings as “the most personal work I’ve ever done, drawing on experience and inner wanderings, exploring a visual language more than literal language.” Some of the scenes in her narrative or allegorical paintings are drawn from a library of ideas and images she absorbed “by osmosis” while working at the Occult Bookstore in Chicago, before she settled outside Milwaukee, where she has lived and worked for the last thirty years. For instance, the painting “Pistis Sophia” takes its title from an obscure Gnostic text, the title meaning something like “faith and wisdom.” In Litherland’s case the allusion is to a kind of female emanation of wisdom, the picture’s story drawing on the artist’s remembrance of releasing pet tadpoles in a swamp when she was a little girl. All the works are executed in oil on panel, some adding India ink, and each one is meticulously painted, resplendent in its extraordinary attention to detail and representation of texture, intensities of radiance, chromaticism, shadow, and reflectivity. One of the works in the show that relates directly to an artistic precedent is “The Gods,” a vivid opera house interior image of a crowd as seen from just behind a stage full of actors, which refers to the WWII-era film Children of Paradise by Marcel Carné. “In the film, the Gods are the people in the cheap seats, the true audience, as well as the actors themselves,” says Litherland. “The film bounces back and forth, revealing the deep hidden relationship between the artist and the audience.” In the painting, just who are the Gods, the players or the viewers, remains ambiguous but brilliantly illuminated. Most of the paintings mix fragments of the animal and human worlds, often in harmony (“Tigers and Wolves are Kind,” “Full Moon on Dog Island”), sometimes, as in an image of a self-admiring mermaid (“The Siren”) and the self-described “Beautiful Wolf Woman,” in a state of full-blown hybridity. All the characters in Litherland’s luminous paintings inhabit liminal spaces, whether they’re lodged inside a tree trunk, on a penumbral coastline, or mysteriously hovering a few feet above the ground. Hers are ecologically-minded images, but they’re rooted in a unique vision of our shared planetary and symbolic atmospheres.

Born in Gary, Indiana in 1955, Litherland lives and works in Wisconsin. Litherland has been active in the visual arts since the mid 1970s, exploring photography, performance, and painting. From 1979 to 1982 she participated in weekly experimental multimedia performances at the Emergency Theatre in Chicago. Long a resident of Chicago, she studied painting at the School of the Art Institute, and her paintings, drawings, and articles have been published worldwide in journals and periodicals associated with the international surrealist movement. Litherland’s works have been in many group and solo exhibitions, including the Wisconsin Triennial (2010, 2013, 2019), Madison Museum of Contemporary Art; the Museum of Modern Art in Warsaw, Poland; solo exhibitions at the James Watrous Gallery (Madison) and at the Haggerty Museum of Art, (Milwaukee).