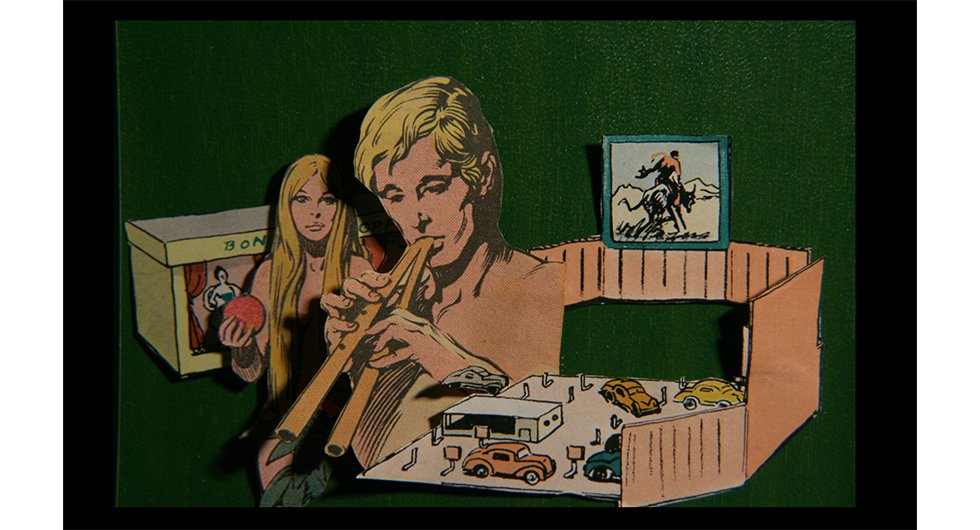 In his 2008 film False Aging, Lewis Klahr imbues his trademark cut-out, stop-motion technique with longing and melancholy. A saturated and stuttering narrative, the film unfolds to a sequence of sounds, including a snippet from the Valley of the Dolls film soundtrack, the haunting vocals of Grace Slick, and the yearning last thoughts of a sinking Andy Warhol read over music by John Cale. Klahr's collaged choreography and mash up of  lilting sound over a nostalgic imagery provides a kind of dreamy exquisite corpse, conjuring as many questions as it does answers.