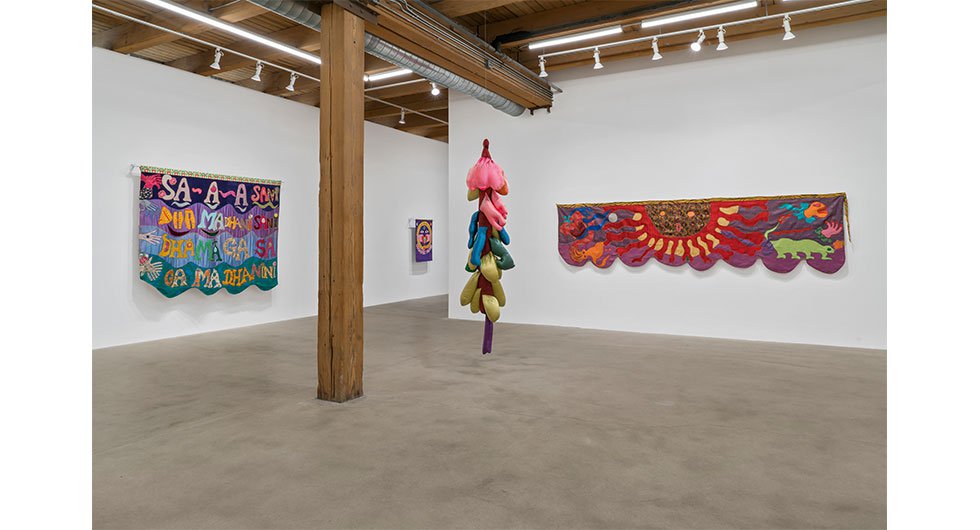 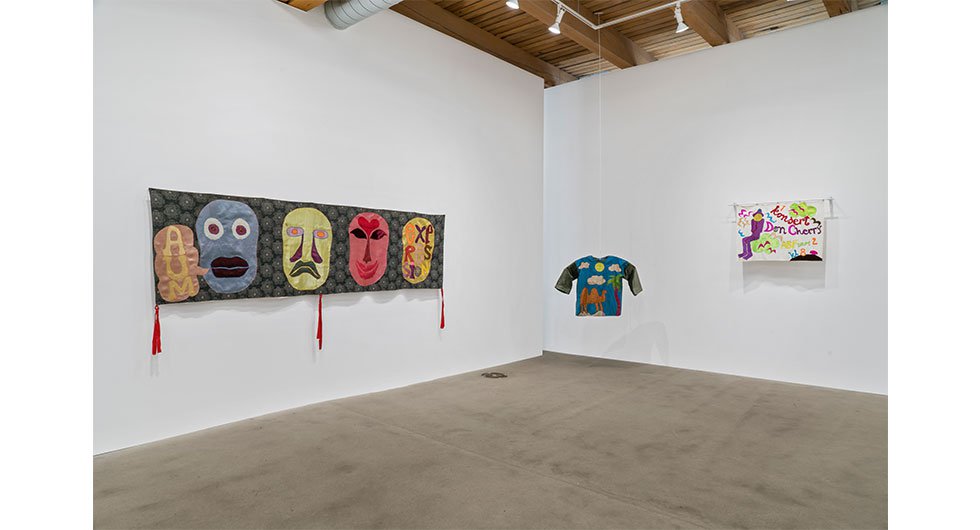 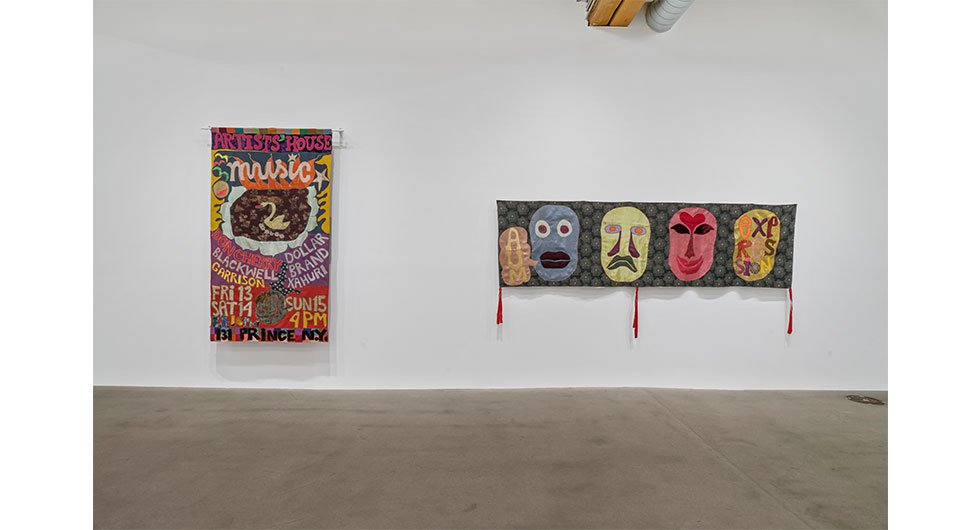 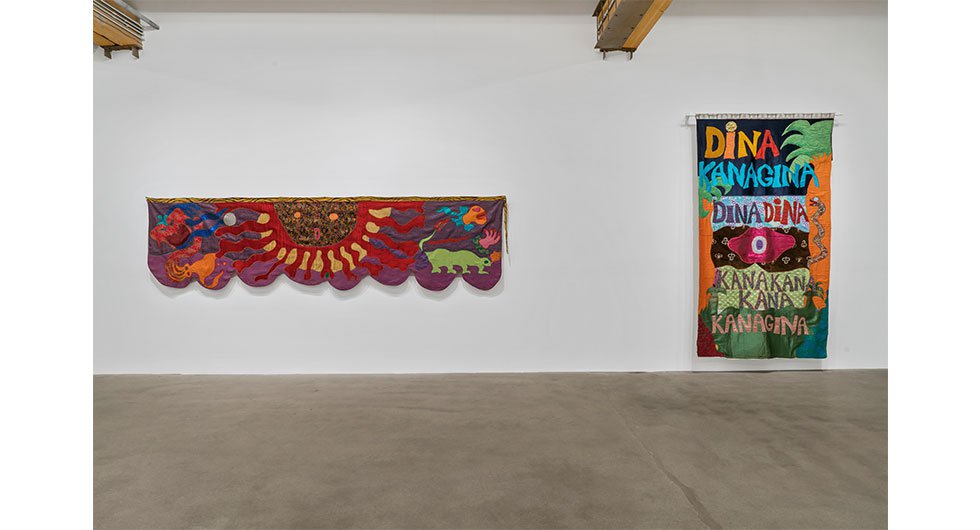 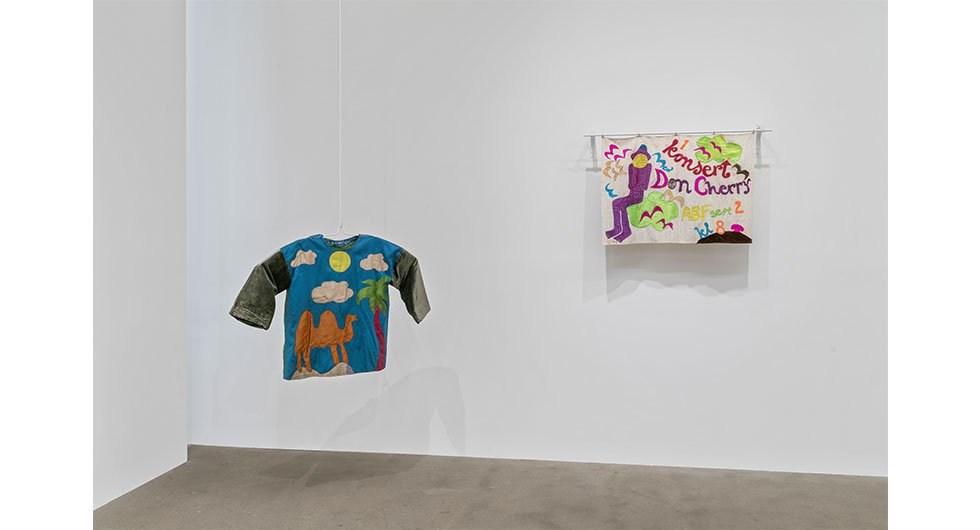 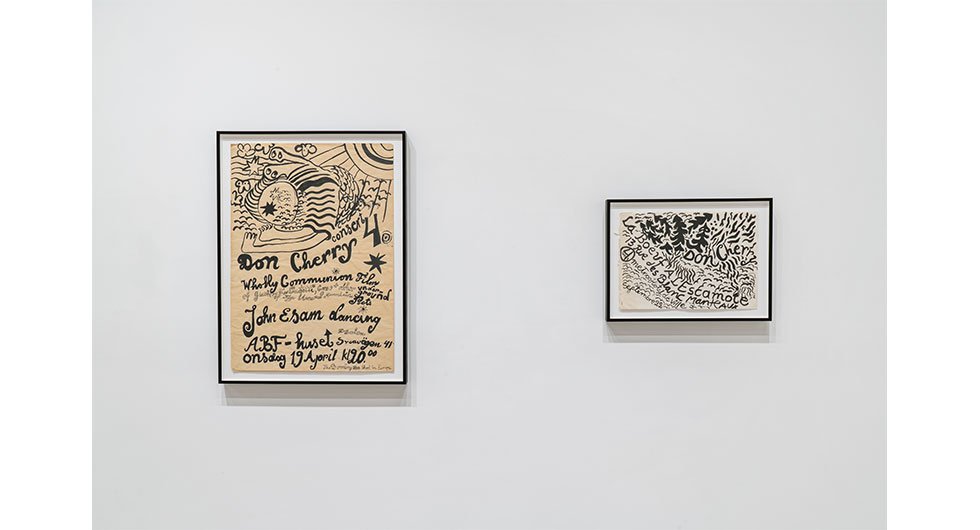 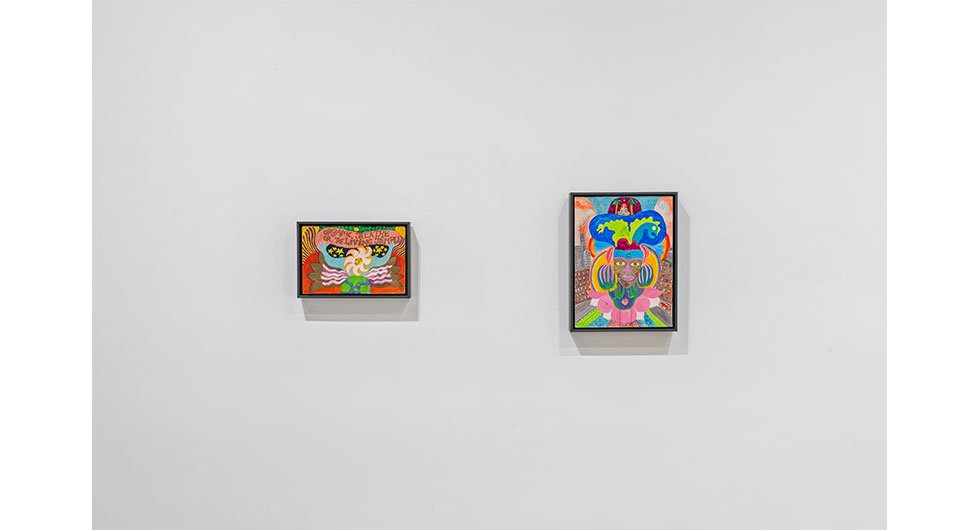 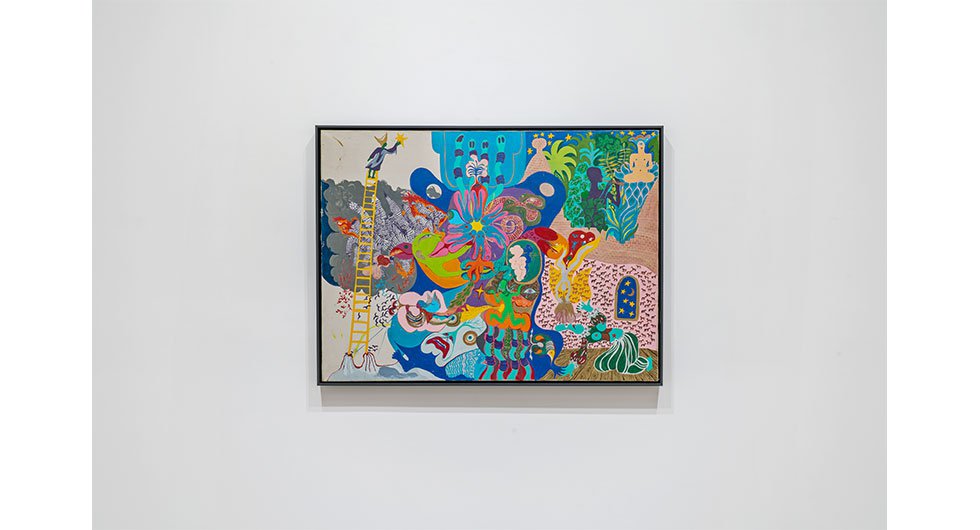 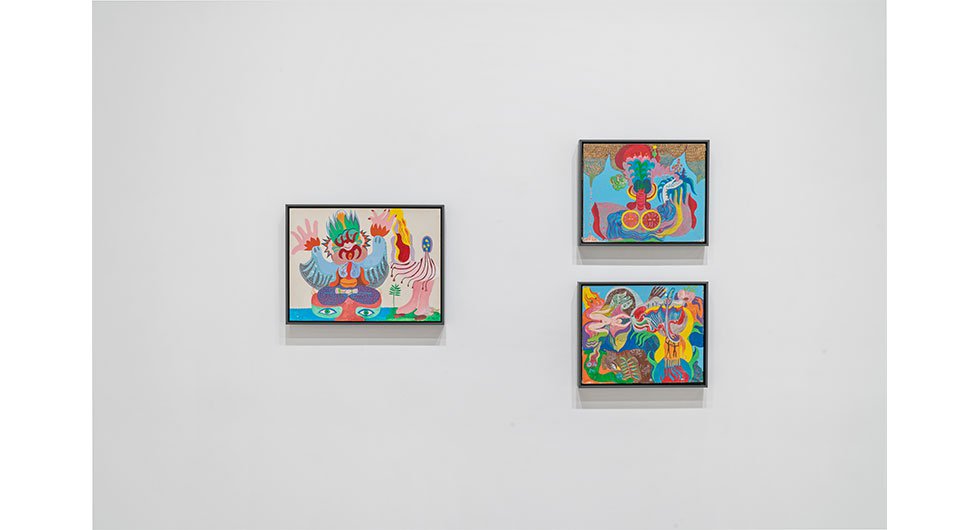 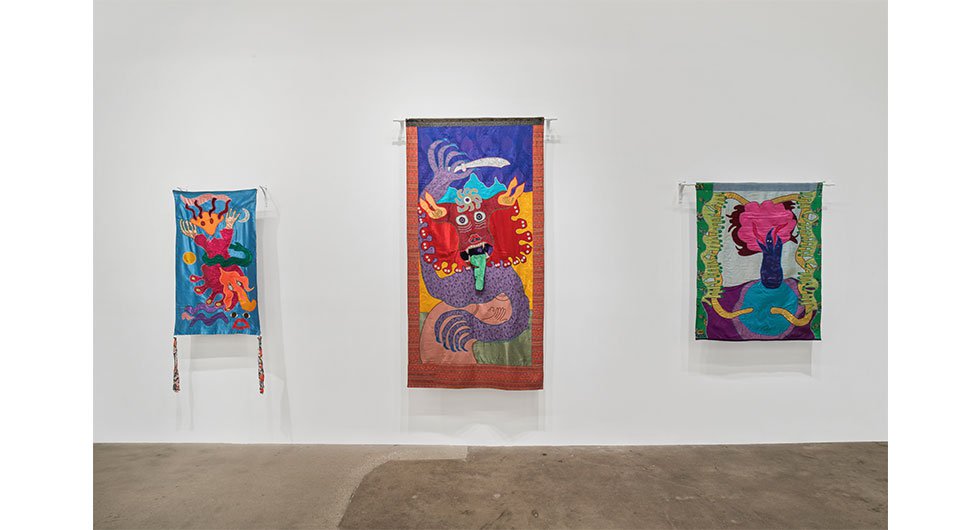 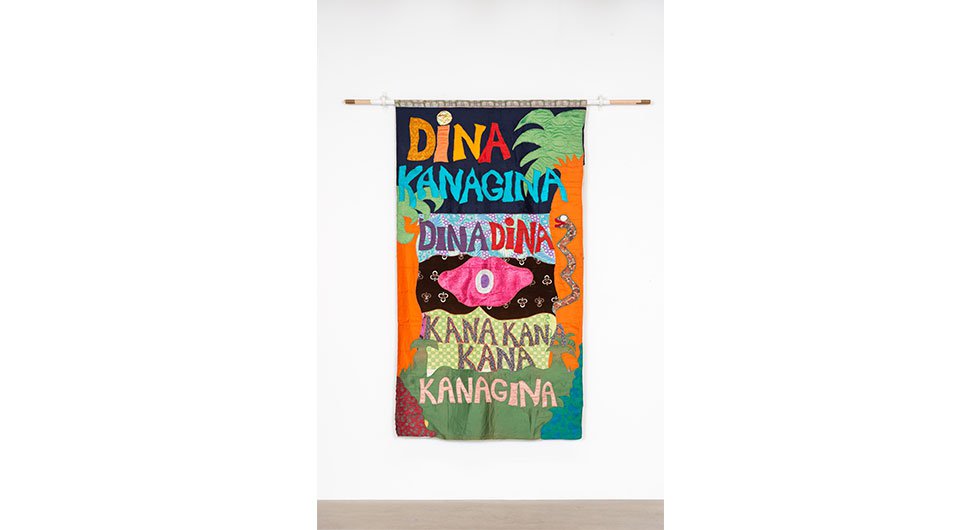 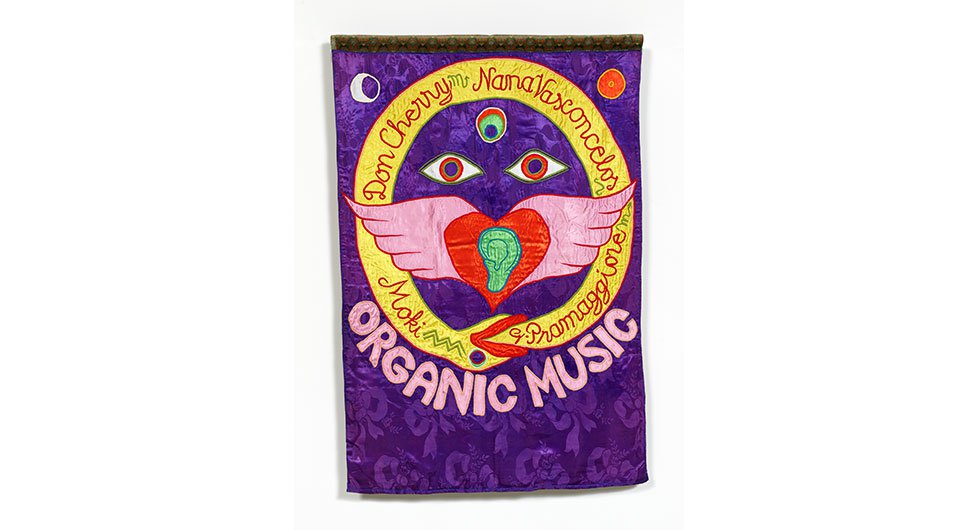 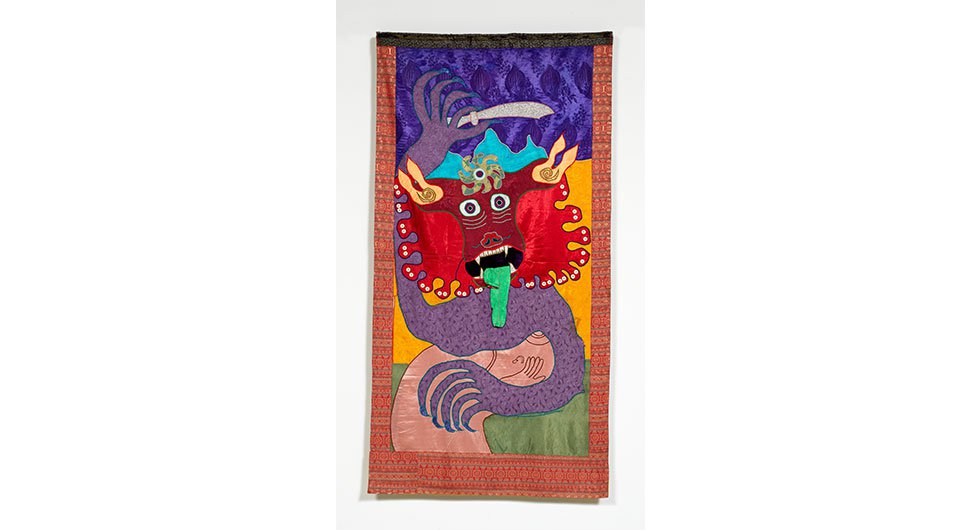 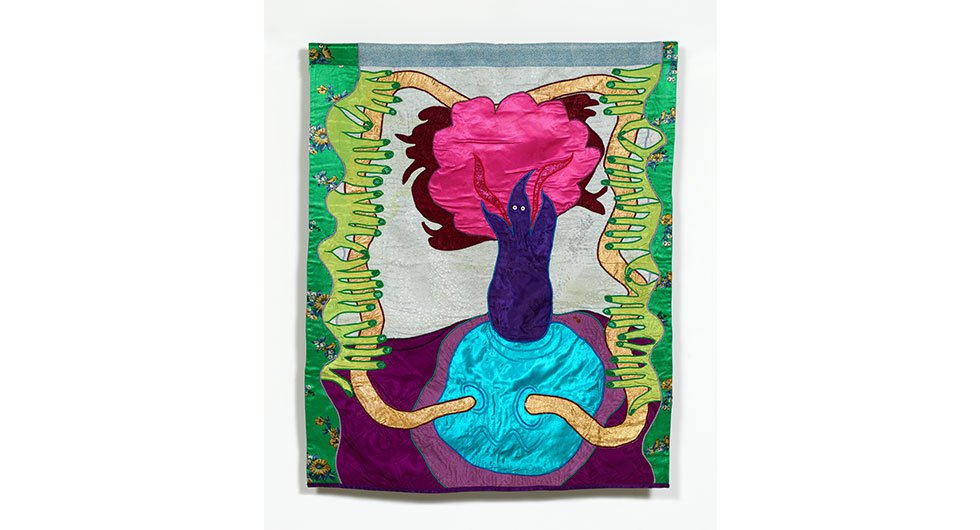 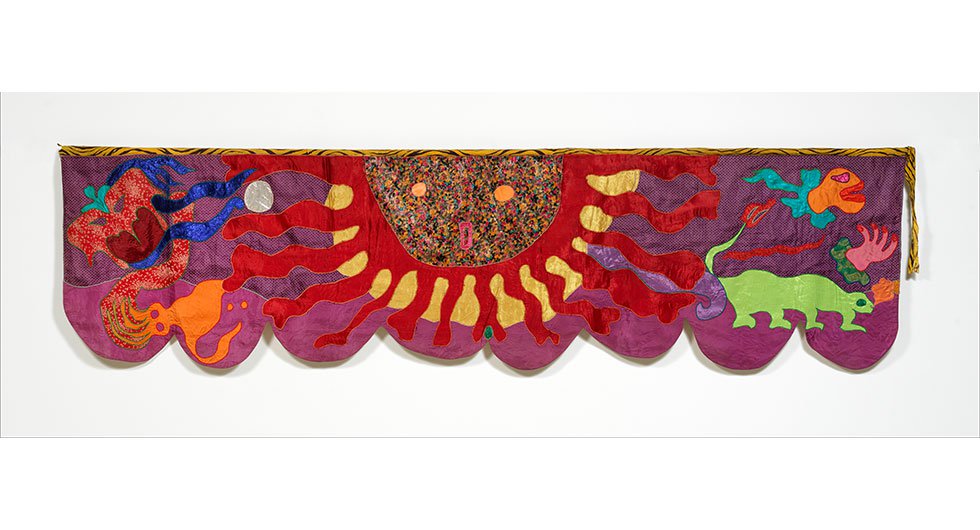 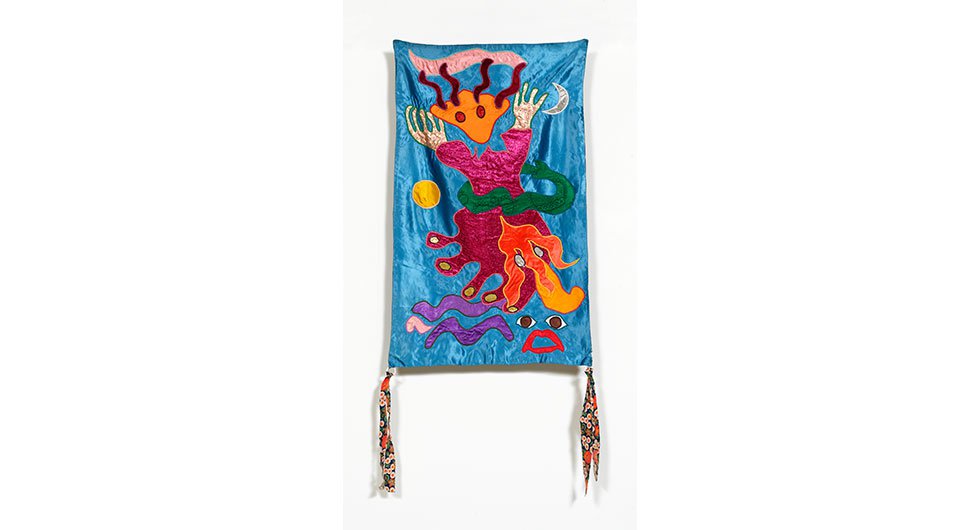 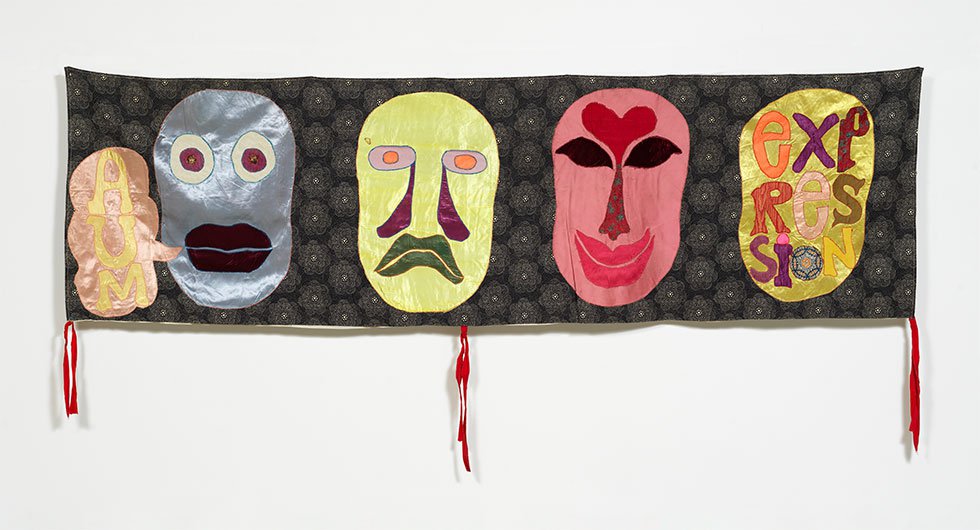 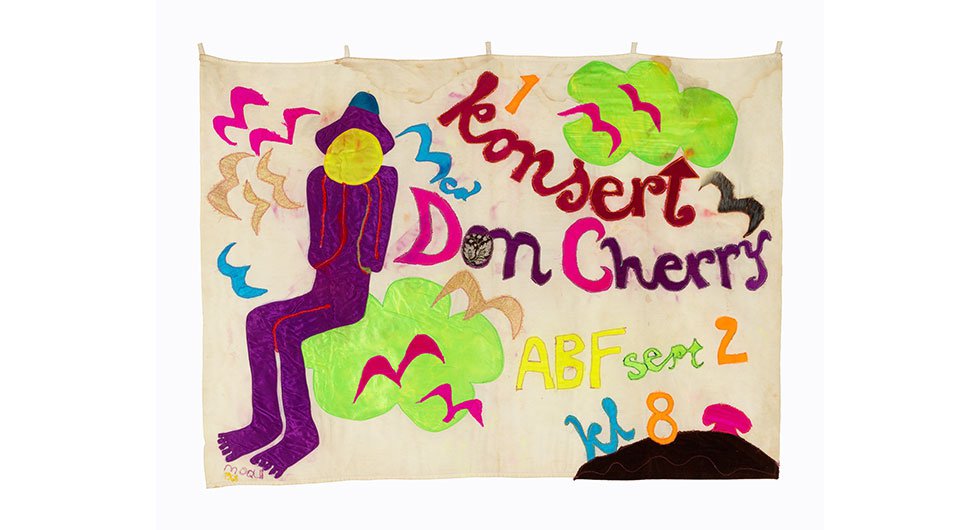 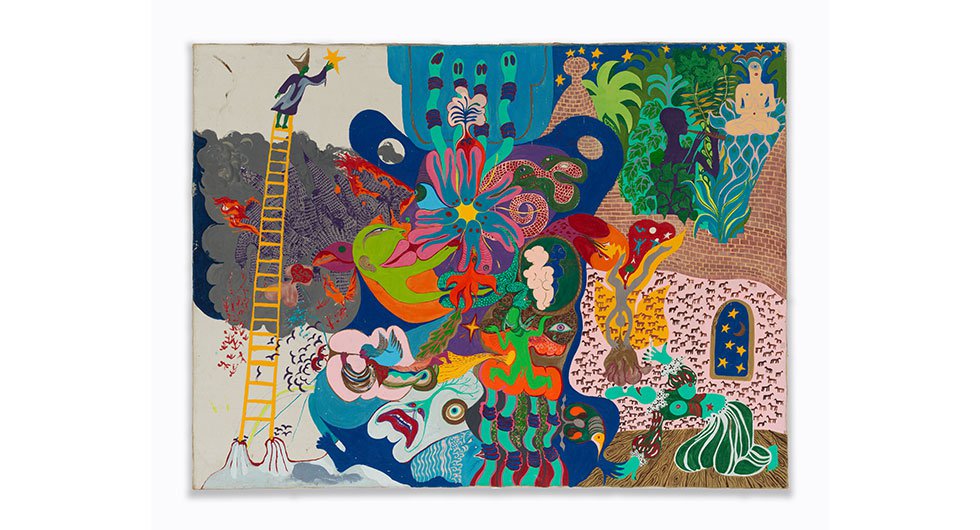 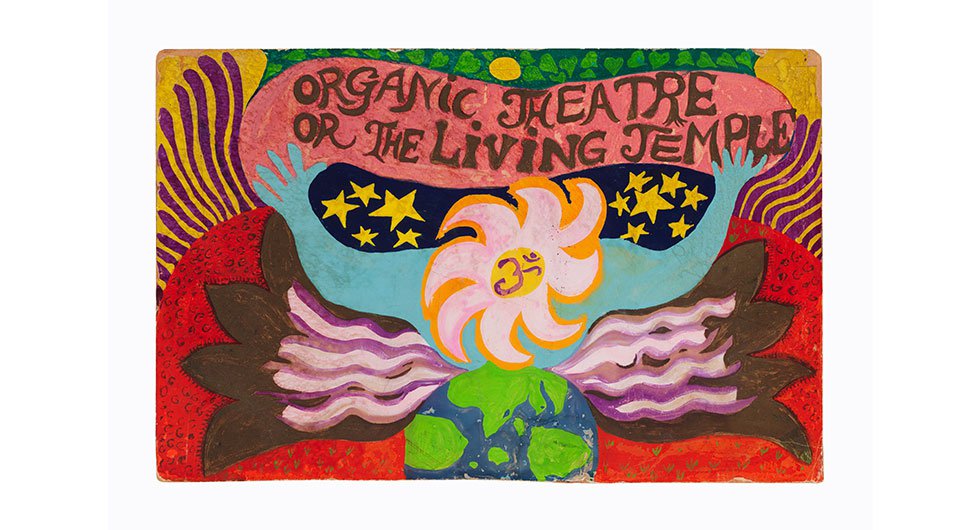 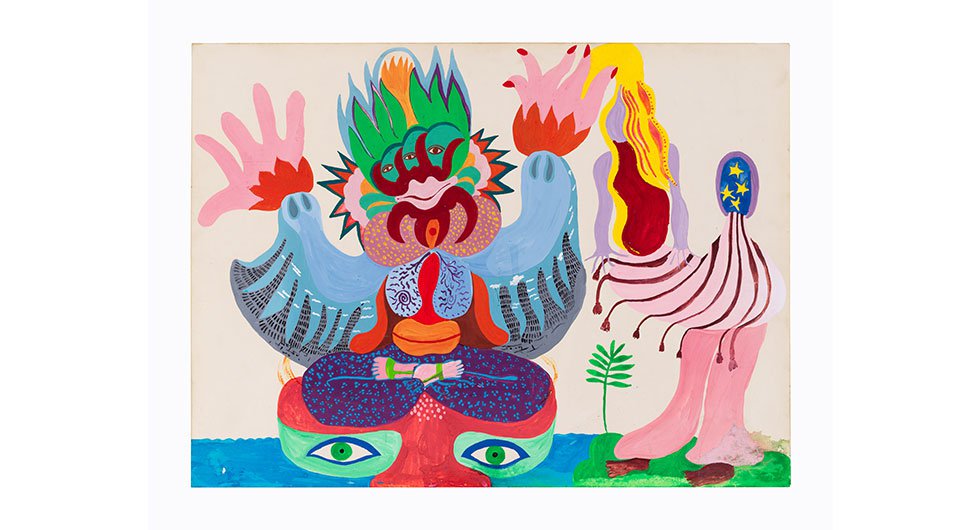 Corbett vs. Dempsey is pleased to present Moki Cherry, Communicate, How?: Paintings and Tapestries, 1967-1980. Following Blank Forms’ exhibition in New York, which took an in-depth look at the Don and Moki Cherry partnership, Communicate, How? places the spotlight squarely on Moki, concentrating on her masterful tapestries and playful canvases, never separating them from Don’s presence, but inviting a long overdue critical appreciation for Moki’s artistry on its own terms. This is the largest historical exhibition of Moki Cherry’s works to be mounted in the U.S. and will be on view September 3 – October 9, 2021.

In Communicate, How?, CvsD has assembled a selection of Moki Cherry’s most significant works, all of them drawn from the schoolhouse in Sweden where the family archives still reside. These include major tapestries that were used in performance and several that functioned as announcements for Organic Music Society events or other performances. Among these is a banner from the first gig for which Moki made a tapestry, as well as a marvelous silken marquee for a weekend festival at Ornette Coleman’s loft. A group of modestly scaled paintings, some of them shown in early Swedish exhibitions, suggest Moki’s uninhibited, surrealistic use of imagery, often centering on the female figure. These smaller works offer a key to her later tapestries, showing how she constructed her Thangka-like compositions piecemeal out of iconic fragments. The show also includes a ceiling-hanging soft sculpture that was part of Utopias and Visions, 1871-1981, an exhibition at the Moderna Museet in Stockholm in 1971, in which the Cherry family lived in a geodesic dome in the museum for three months; this extraordinary work has not been shown since that time. One of Don’s incredible Moki-designed shirts and several of her poster designs executed on paper round out the presentation.

Moki Cherry (1943-2009) was raised and educated in Sweden, where she worked as a fashion designer in the early 1960s. In 1963, she met Don Cherry, the legendary free music trumpeter, and changed the trajectory of her artistic practice forever. As a couple, Moki and Don worked together on building a utopian vision of art and music, eventually establishing Movement Incorporated, also known as Organic Music Society, a troupe with variable membership that drew together music, image, and dance, with costumes and stage sets created by Moki. Her work in this fecund period included designing posters and flyers for events – sometimes made as increasingly elaborate tapestries – as well as inventing most of Don’s signature outfits, composing large textile works that hung as backdrops for their performances and making artwork for covers on many classic Don Cherry albums. Moki also created works that were independent of such happenings, stand-alone paintings and tapestries that brought her training in fabrics and materials together with her visionary imagistic vocabulary. Her early paintings and tapestries were the focus of key shows starting in the early 1970s, after the Cherrys had bought a schoolhouse in a tiny village in Southern Sweden, which they established as a base of operations and cultural arts center. Moki and Don were pioneers of multicultural, interdisciplinary performance. In their work, particularly in the period of this exhibition, they invited artists and other collaborators from a wide spectrum of international points of origin and backgrounds to participate in their unique, vividly imagined new world.

Accompanying the exhibition, CvsD has made an extensive and copiously illustrated catalog featuring historical photographs, an essay by Moki-scholar Evie Ward, a travelogue from a trip to the farmhouse by John Corbett, appreciative notes from artists Lisa Alvarado and Christina Forrer, and a detailed timeline of Moki’s life.

Corbett vs. Dempsey is honored to have collaborated with Naima Karlsson and Neneh Cherry (Moki’s granddaughter and daughter, respectively) on Communicate, How? The exhibition was delayed more than a year due to the pandemic. The gallery would like to express its deepest gratitude to the family for their patience and trust in this process.