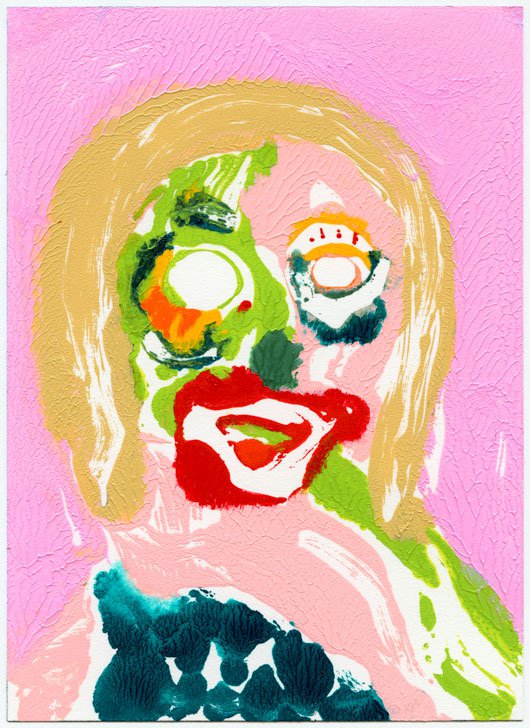 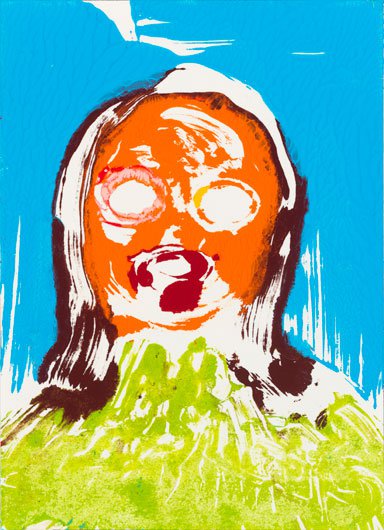 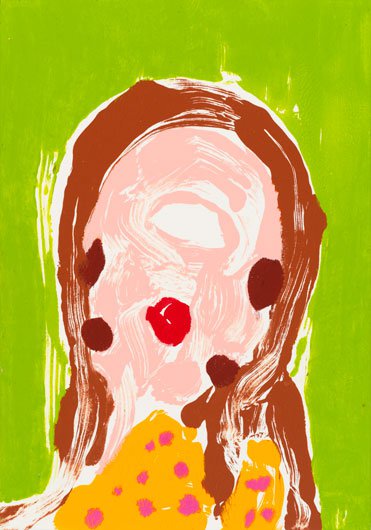 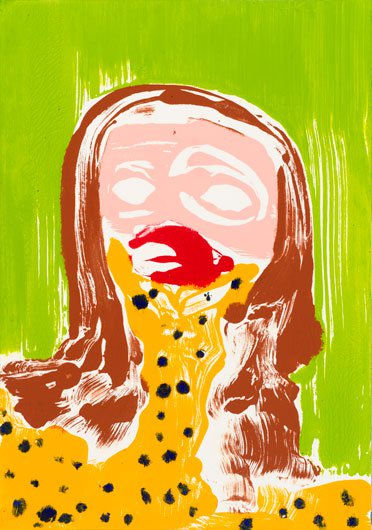 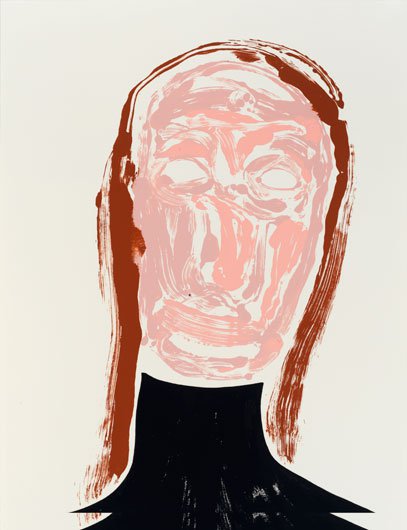 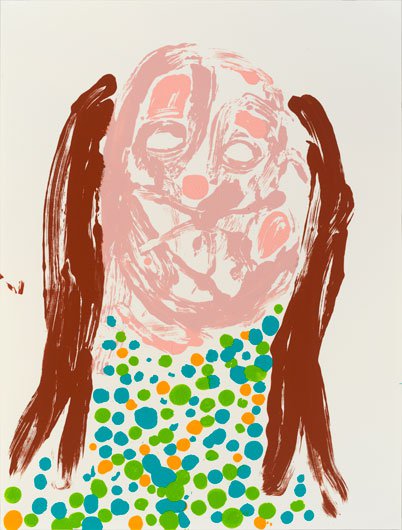 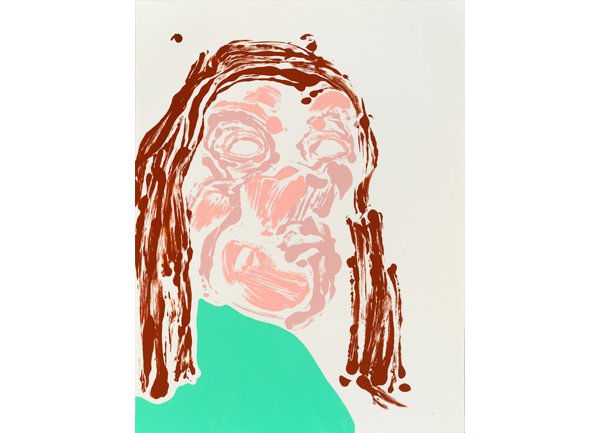 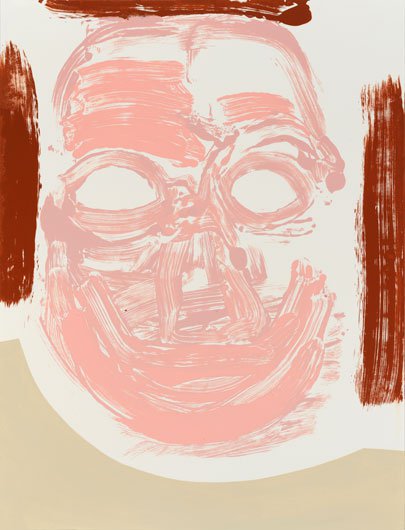 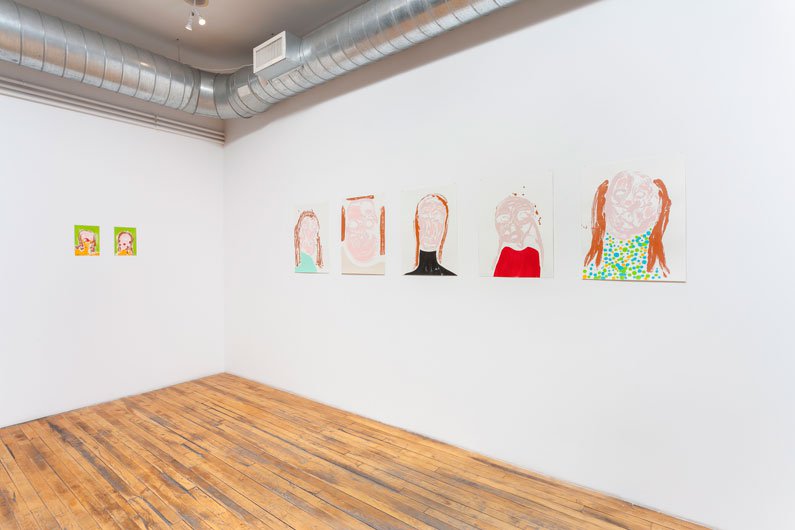 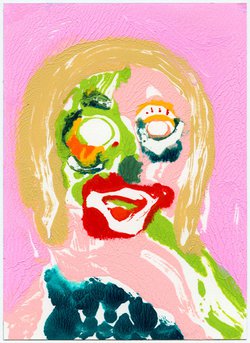 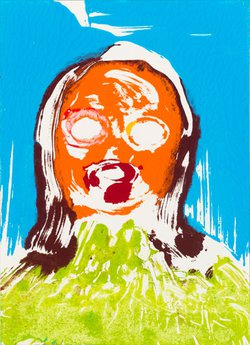 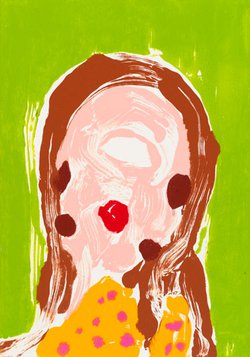 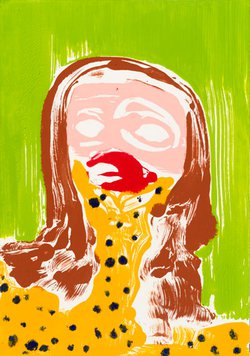 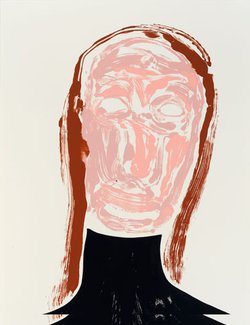 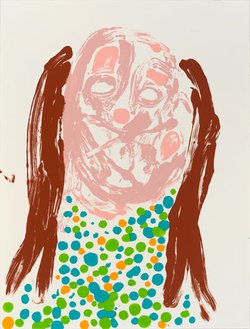 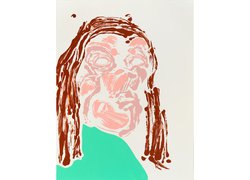 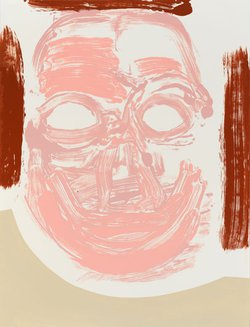 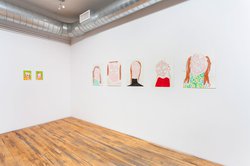 Nicole Eisenman’s (b. 1965) often outrageously funny and virtuosic paintings, prints, drawings and sculptures reflect a deep investment in the technical possibilities of paint, regardless of the medium she is working in. Whether she is creating intimate portraits or epic “history paintings,” Eisenman’s work combines personal, political, art historical, pop, and queer references with the same playful ease that she moves between styles and techniques. Nicole Eisenman is a 2015 MacArthur Fellowship winner. Commonly known as the “Genius” award, this distinction perfectly describes Eisenman’s incisive and expansive practice. Eisenman’s work will be the subject of a survey exhibition at the Vienna Secession in September 2017 and is currently on view in Skulptur Projekte Münster. Eisenman has had solo exhibitions at the New Museum, NY; the Contemporary Art Museum St. Louis; the ICA Philadelphia; MCA San Diego; and the Kunsthalle Zürich among many others. Her work is in many prestigious private and public collections including the Hammer Museum, Los Angeles; the Museum of Contemporary Art, Los Angeles; The Museum of Modern Art, New York; the Whitney Museum of American Art, New York; and Kunsthalle Zürich.

For the last several years Los Angeles-based sculptor Shana Lutker (b. 1978) has been engaged in deep research into the social machinations of the surrealist artists. Her research has resulted in several written chapters of a book titled Le “NEW” Monocle: The History of the Fistfights of the Surrealists, related sculptural installations, and performance works. Shana Lutker received an MFA from UCLA in 2005. Chapter 2 of Le “NEW” Monocle was featured in the 2014 Whitney Biennial and Performa commissioned the first performance piece related to this project for their 2013 biennial. Lutker has had solo exhibitions at the Hirshhorn Museum and Sculpture Garden, Washington DC; the Perez Art Museum, Miami; and the Center for Ongoing Research & Projects, Columbus.

Nicola Tyson (b. 1960) is known for her idiosyncratic figurative paintings and drawings that reimagine the representation of female bodies. Her distinctive images are made intuitively, always beginning with a drawing, made quickly in order to “stay ahead of rational decision making.” Similarly, her paintings and monotypes reflect a confident and deliberate approach where the artist, after refining an image on paper, applies paint in a single layer, avoiding working into the image to produce a sense of dynamic immediacy. In September 2017 the Drawing Room, London will present a solo exhibition of Tyson’s works on paper. Earlier this year, her work was the subject of a survey exhibition at the Contemporary Art Museum, St. Louis. In 2013 Tyson published Dead Letter Men , a book of satirical letters to deceased male artists. Her work is in many significant public and private collections including the Museum of Modern Art, New York; the Walker Art Center, Minneapolis; the San Francisco Museum of Modern Art; and the Tate London.