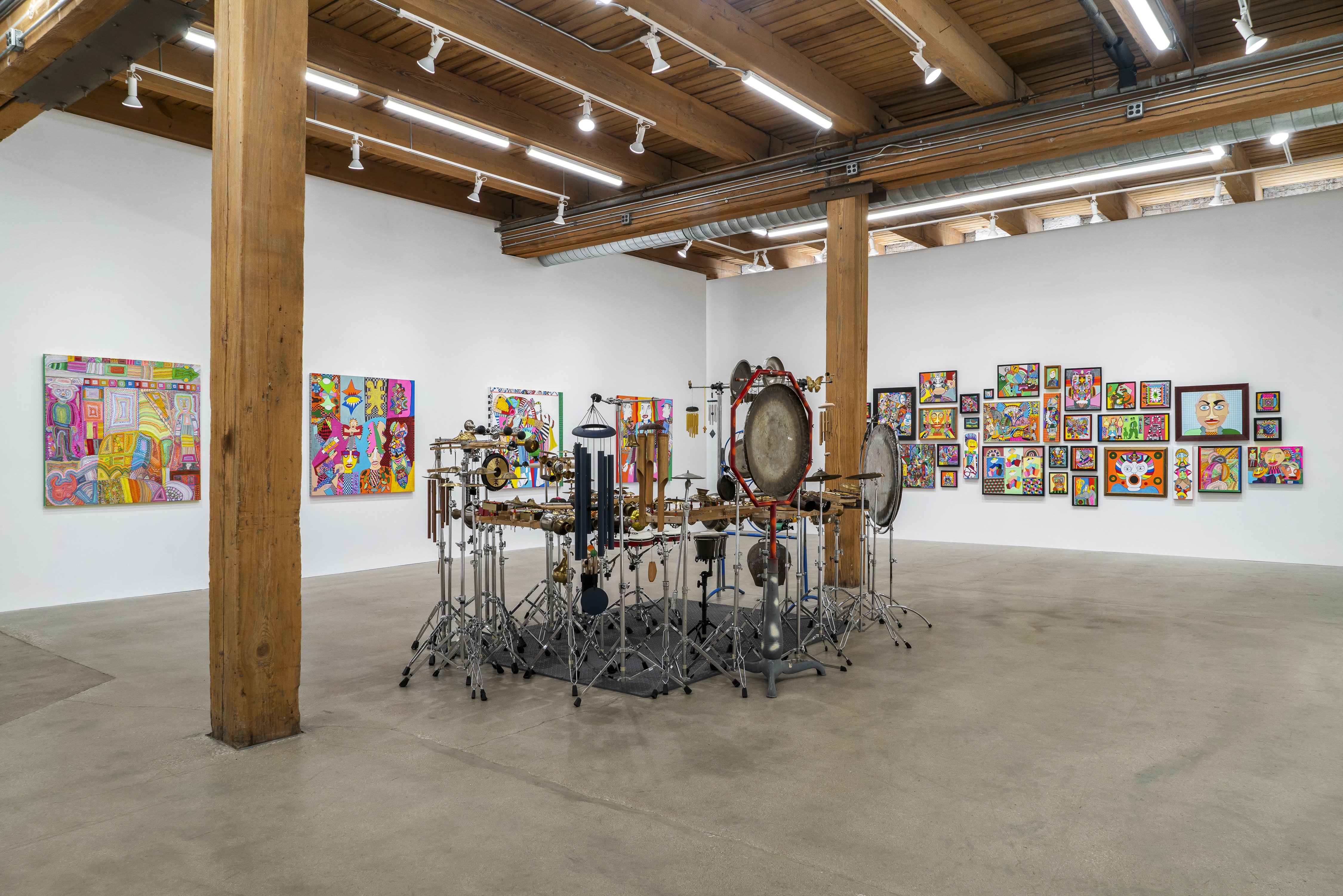 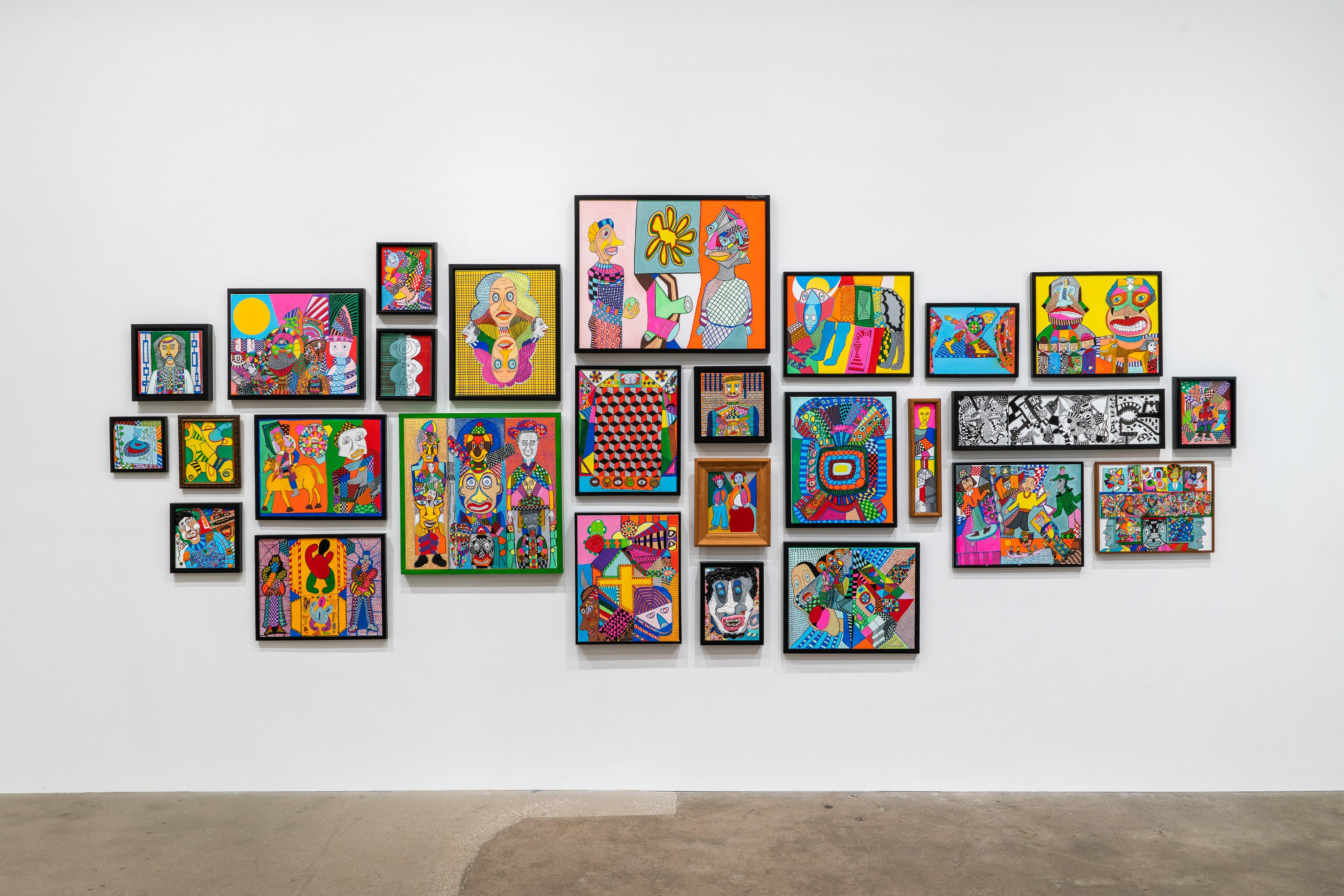 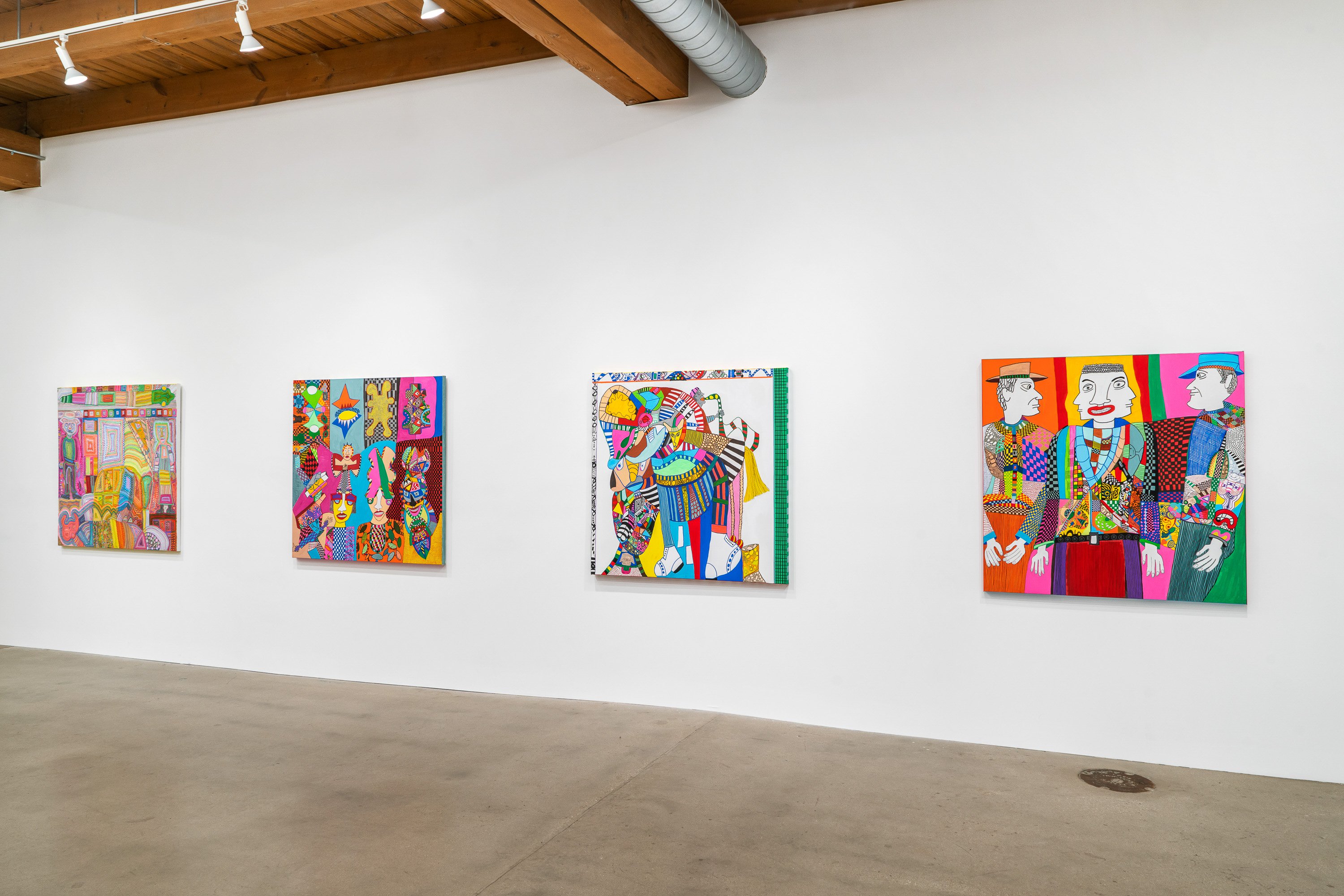 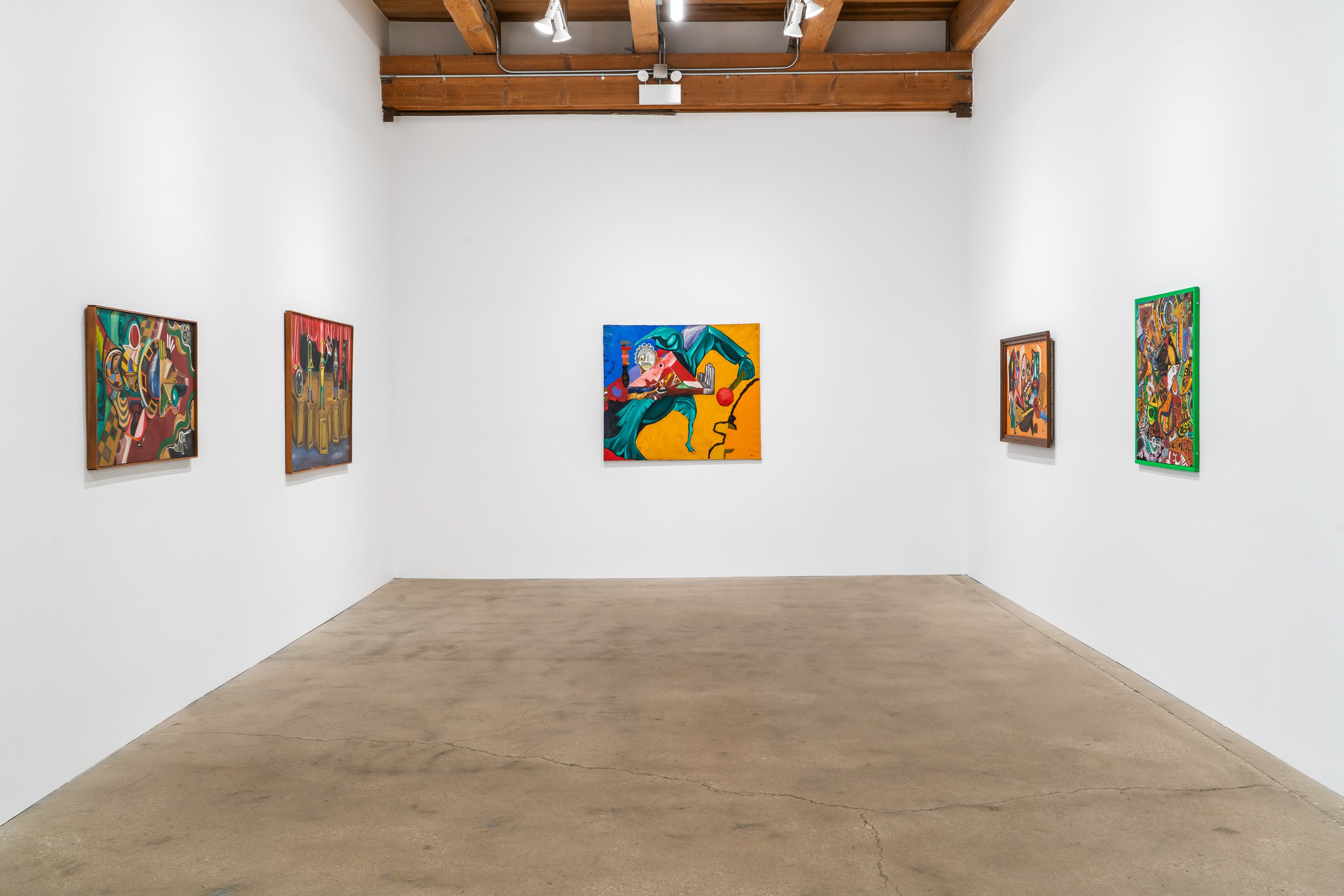 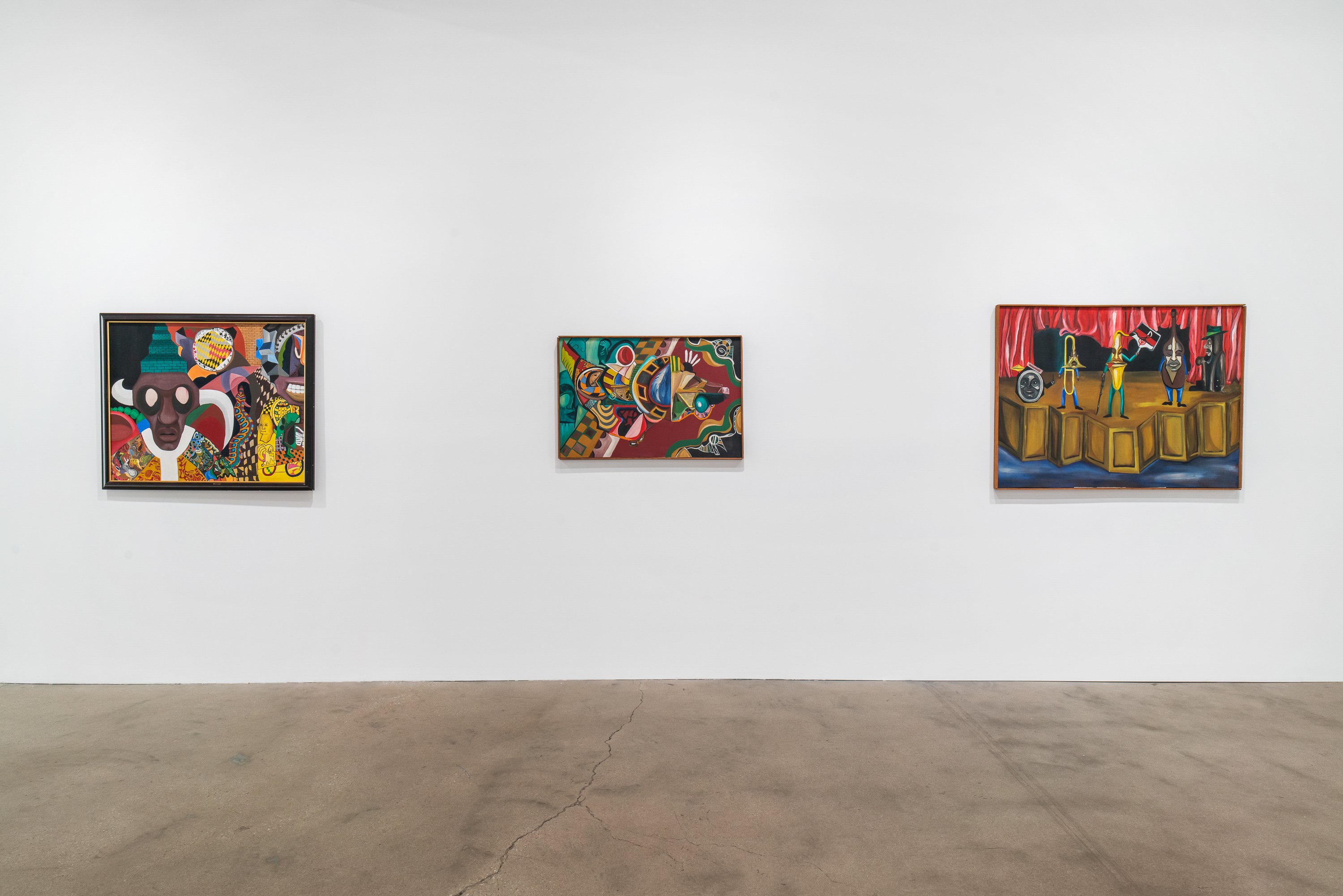 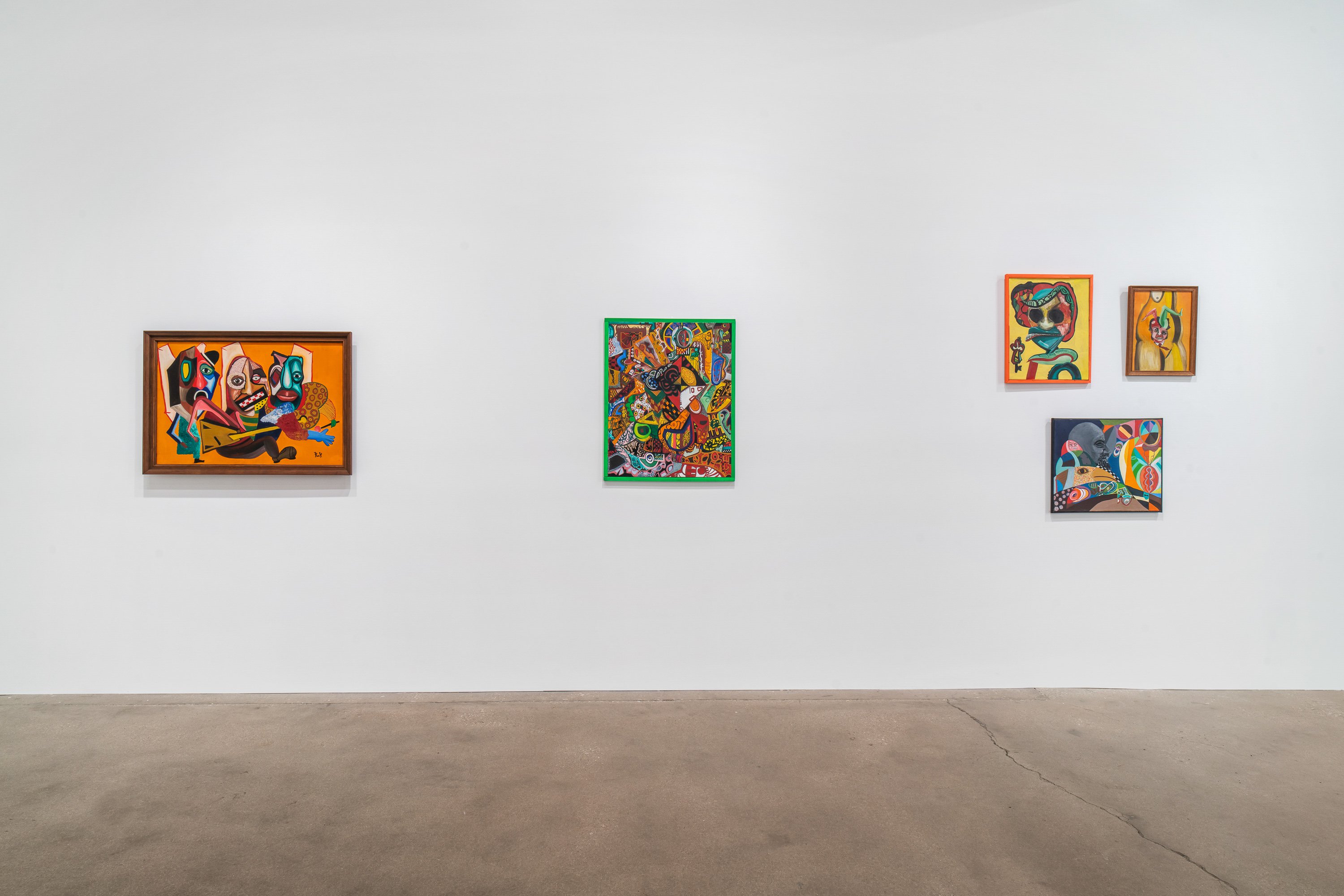 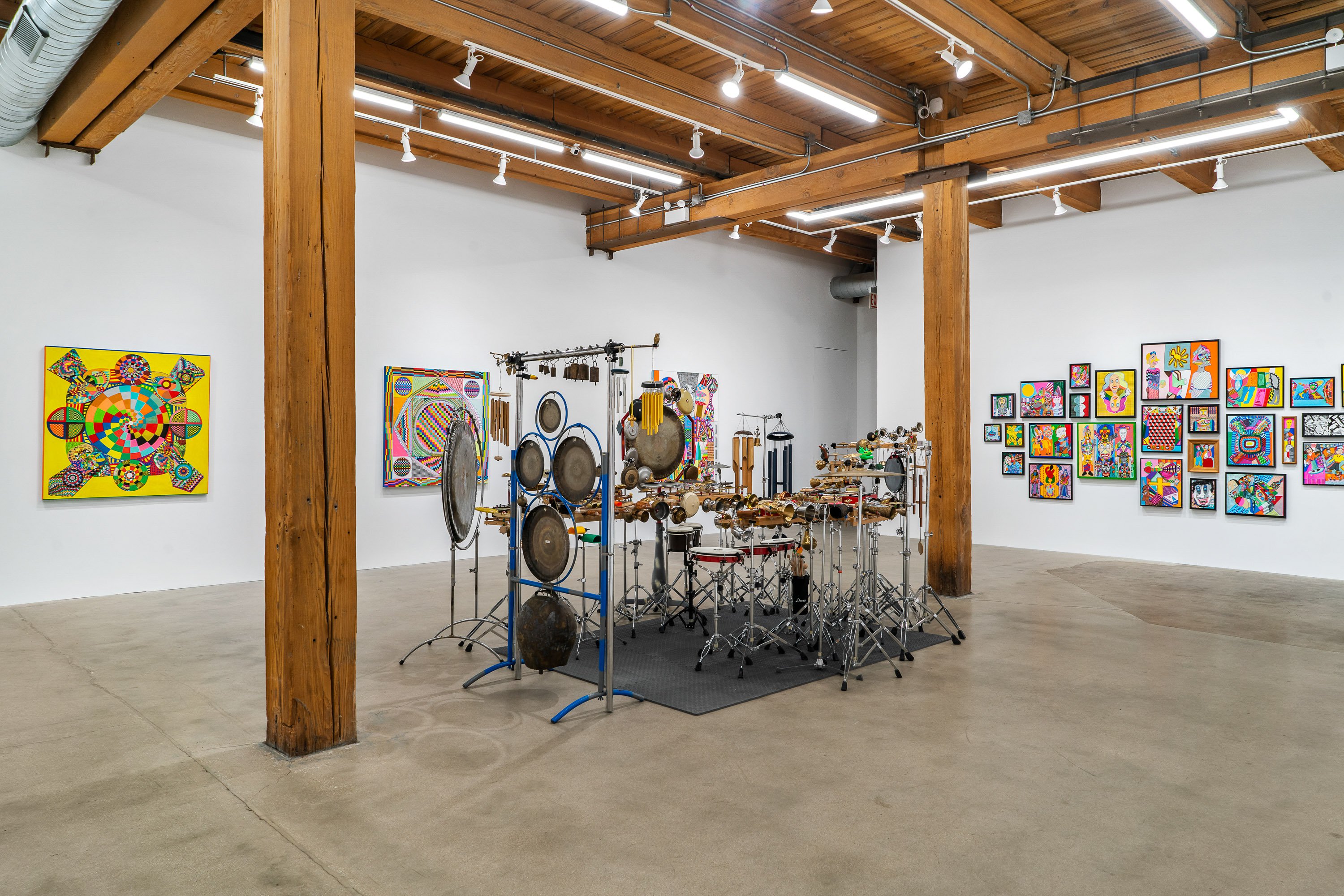 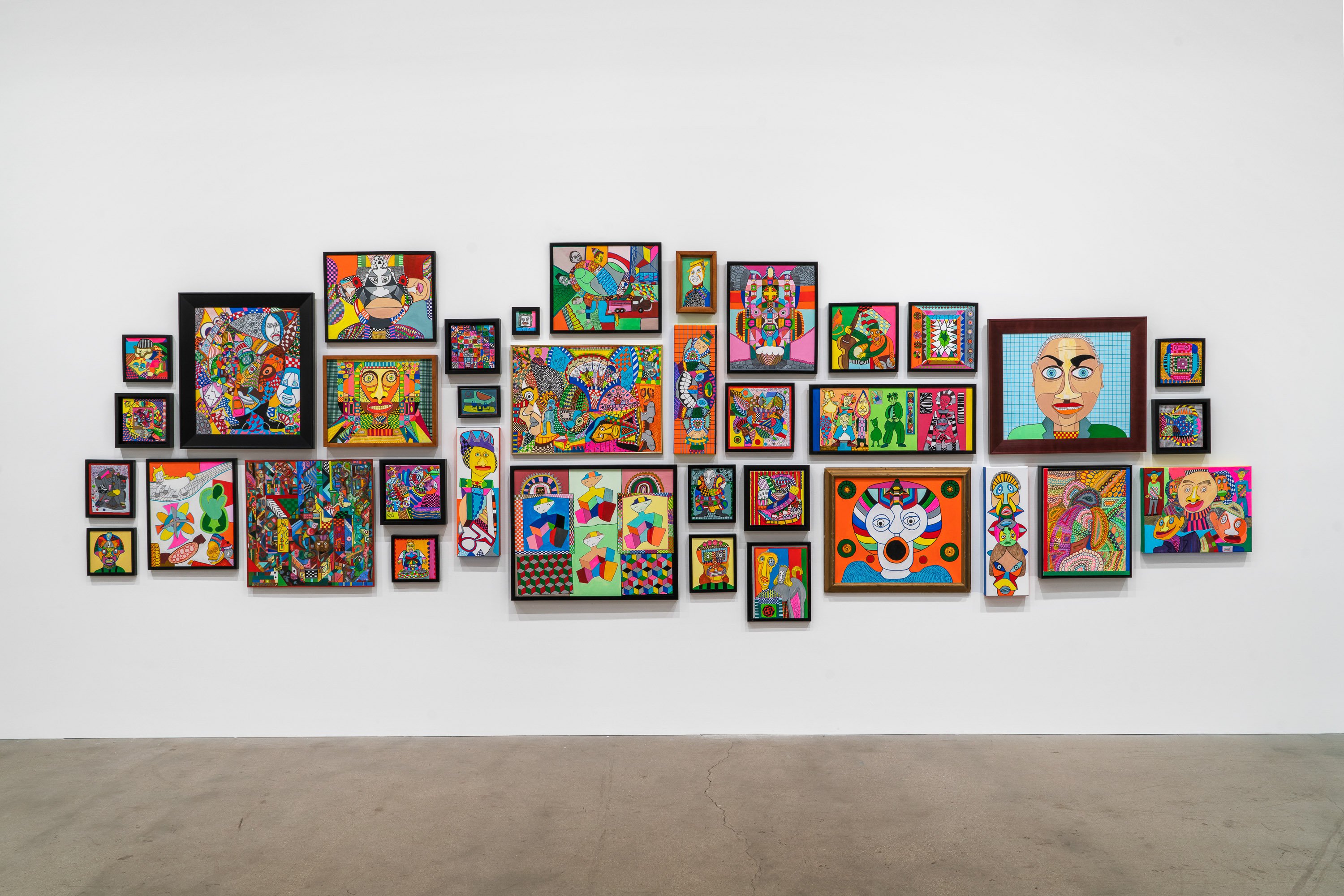 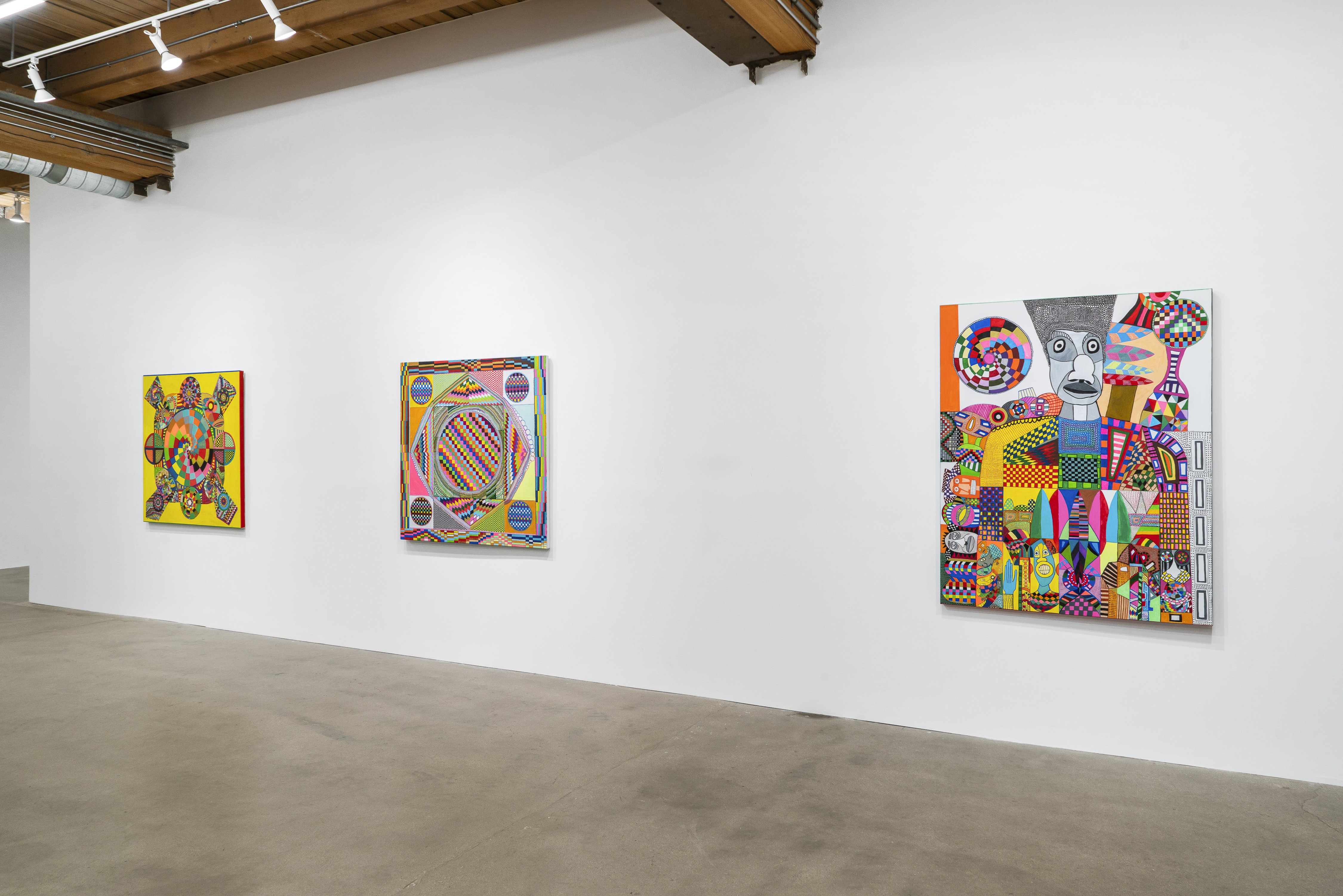 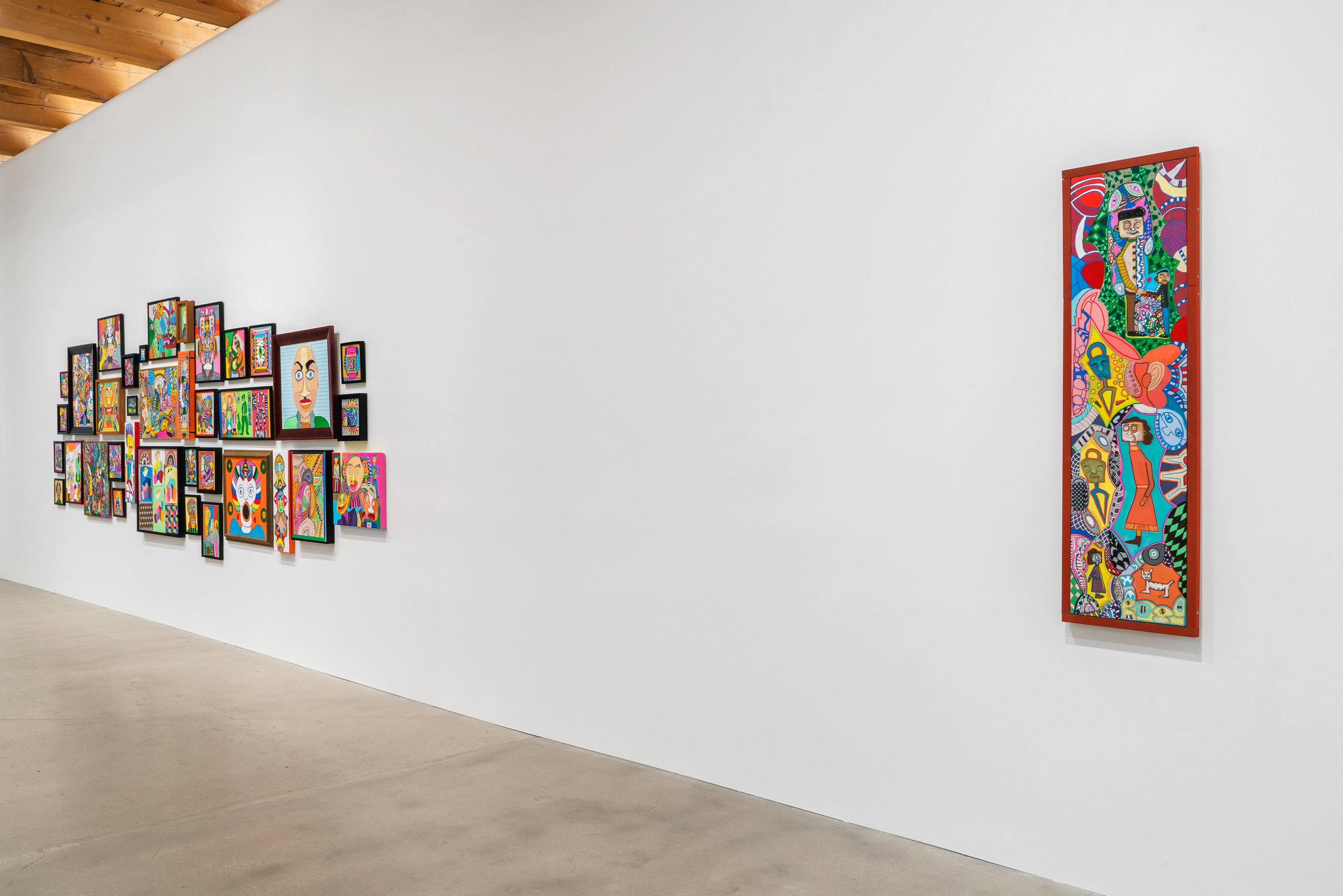 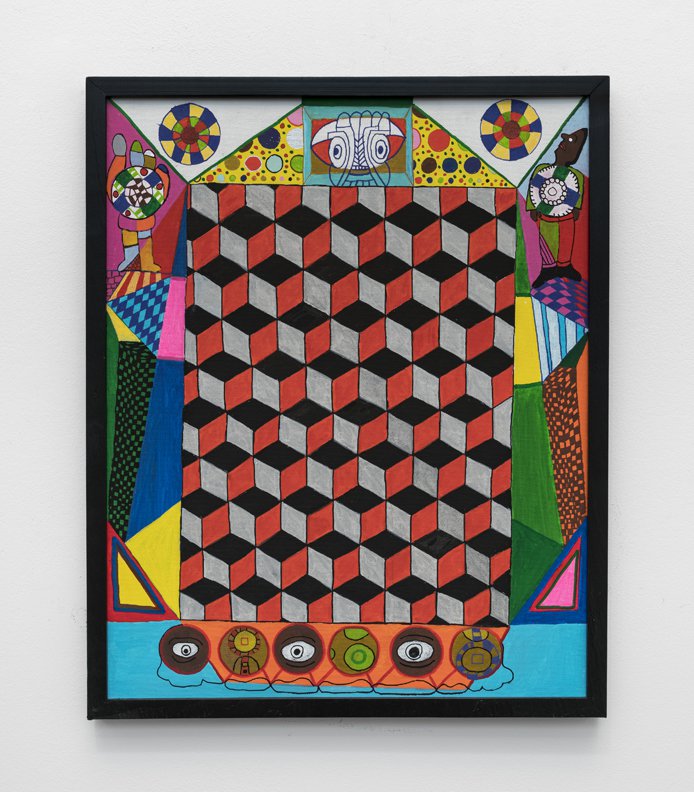 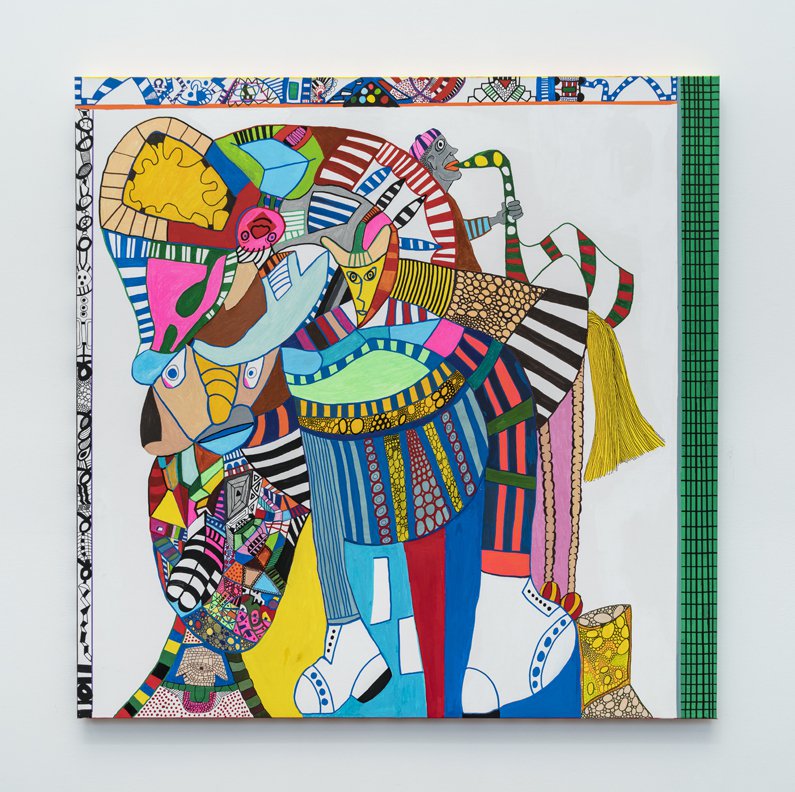 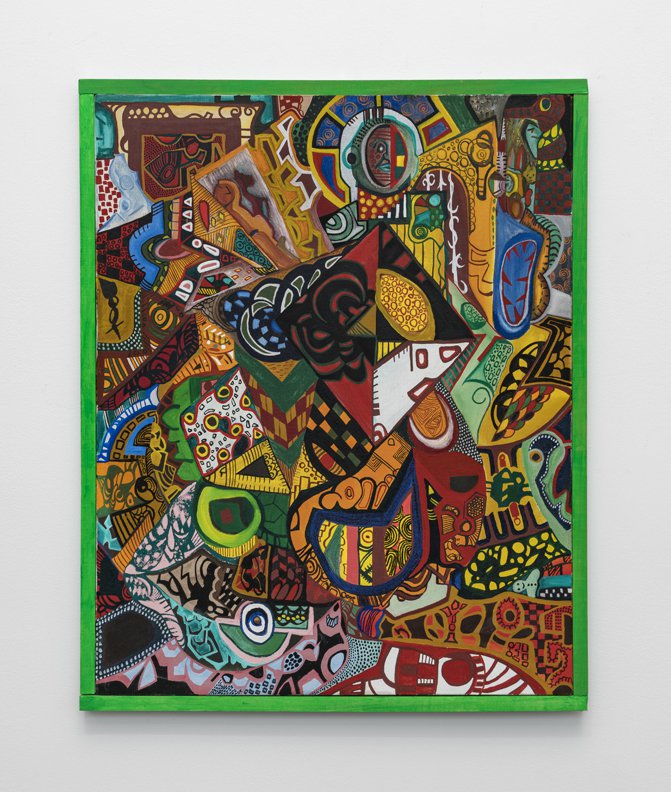 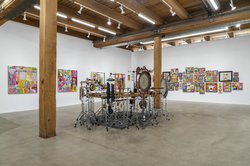 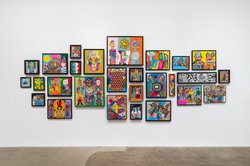 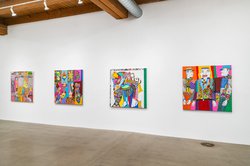 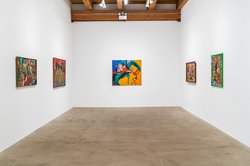 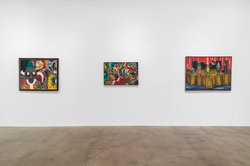 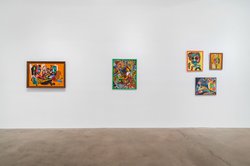 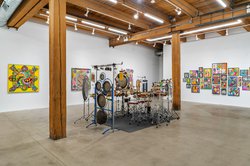 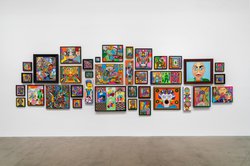 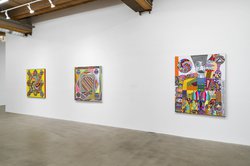 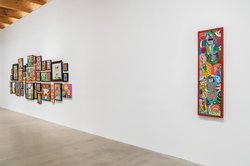 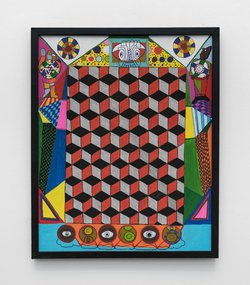 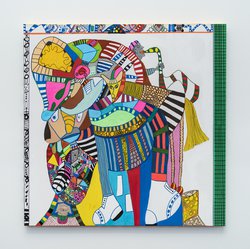 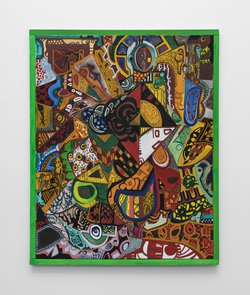 Corbett vs. Dempsey is pleased to present Roscoe Mitchell, Keeper of the Code: Paintings 1963-2022. This is Mitchell’s first exhibition with CvsD.

Roscoe Mitchell (b. 1940) has been a leading figure in the performing arts for over 50 years. Keeper of the Code is the first solo exhibition to spotlight his work in the visual arts. Born and raised in Chicago, Mitchell formed the Roscoe Mitchell Art Ensemble in 1966, featuring Lester Bowie and Malachi Favors. Three years later, adding Joseph Jarman, upon their departure to Paris for a two-year sojourn the group transformed into the collective interdisciplinary troupe called the Art Ensemble of Chicago. By that time Mitchell had already recorded the first LP of music affiliated with the Association for the Advancement of Creative Musicians (AACM), Sound (Delmark, 1966), and he had joined forces with St. Louis trumpeter Bowie for Numbers 1 & 2 (Nessa, 1967), which featured a painting by Mitchell on its cover. Indeed, Mitchell had been painting since 1963, and he continued on and off into the heyday of the Art Ensemble and through a hyperproductive sequence of decades of solo music, improvised encounters, and music for Mitchell-led ensembles. The pandemic afforded Mitchell time off-road in which he began painting very avidly again. This exhibition surveys his work from the most recent canvases—including a series of compositionally complex four-by-four foot works—all the way back to the beginning, when Mitchell was a promising young saxophonist and ambitious autodidact painter. A large selection of recent works, executed since 2018, includes the painting “The Code 3,” its diamond-mosaic pattern surrounded by hip glyphic figures including the titular keeper. These delightfully playful, jubilantly colorful canvases sport various repeated motifs and themes—custodians of codes and keys, time keepers and ticket takers, figures known as “floaters” and “wavers,” and another persona called “the watcher.” Alongside these imagistic works, interpenetrating them as well, are all sorts of approaches to abstraction, from organic masses of circles that might recall Aboriginal art and warped checkerboards to more rigidly structured geometry and color sequences. In the gallery’s north space, CvsD has gathered Mitchell’s historical works dating back to 1963, including the cover painting from Numbers 1 & 2, and the riveting piece that graced the Art Ensemble’s 1985 LP The Third Decade. In addition to the paintings, Mitchell is installing a new incarnation of his legendary percussion set-up known as “The Cage,” which directly bridges the musical and visual in his capacious artistic imagination.

Concurrent with the exhibition, in the Vault, CvsD presents Wendy Nelson, The Roscoe Videos, a selection of five films of Roscoe Mitchell in varied performance contexts, including international concerts and intimate home footage. Amongst the latter are duets between Mitchell and his dog Shuggie and sequences shot in Mitchell and Nelson’s basement studio featuring a highly refined version of Mitchell’s percussion set-up. Wendy Nelson is a multimedia artist based outside Madison, Wisconsin.

Keeper of the Code is accompanied by an in-depth 140-page full-color catalog reproducing over 100 of Mitchell’s paintings, with an interview by John Corbett. A book-launch event will also take place on the day after the exhibition’s opening reception, at 2 pm, Saturday, January 21, at Seminary Co-op Bookstore in Hyde Park, with a conversation between Corbett and Mitchell.

At 7 pm on the same evening, Roscoe Mitchell will present a special concert in the gallery with his SPACE trio, featuring Mitchell, Scott Robinson (reeds), Tom Buckner (baritone voice), and special guest Robert Dick (flutes). The concert will be 45 minutes in length, there will be no seating, and space is quite limited, so please plan accordingly.