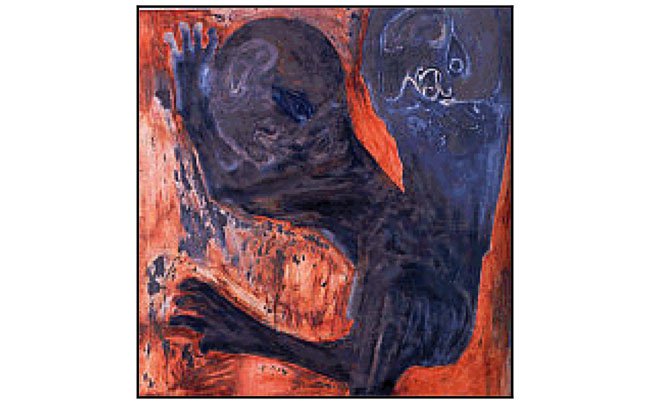 Barbara Rossi and Monster Roster reviewed in the Chicago Tribune

The monsters aren’t metaphor. In the haunting and scholarly “Monster Roster: Existentialist Art in Postwar Chicago” at the Smart Museum, they name a group of loosely related artists, active in Chicago throughout the 1950s and into the early ’60s, among them the legendary couple Leon Golub and Nancy Spero, the noir assemblagist Dominick Di Meo, the primal sculptor Cosmo Campoli, and a handful of others. Their monsters, glowering grotesquely from scumbled paintings and encrusted reliefs, expressed profound discontent with the state of humanity.

The concurrent “Barbara Rossi: Poor Traits” at the DePaul Art Museum offers an equally excellent exhibition in the underexplored field of native Chicago art. Rossi, born in Chicago in 1940, comes from a generation or two later than the Monsters. “Poor Traits” gathers together a series of misshapen pencil portraits she drew in the late ’60s by starting from the center and moving outward, adding unrelated items and never erasing. A second series of Plexiglas pictures from the ’70s marries meticulous swarms of tiny dots, painted on the front, with cartoonish jumbles applied to the rear.

The full online article can be read here.