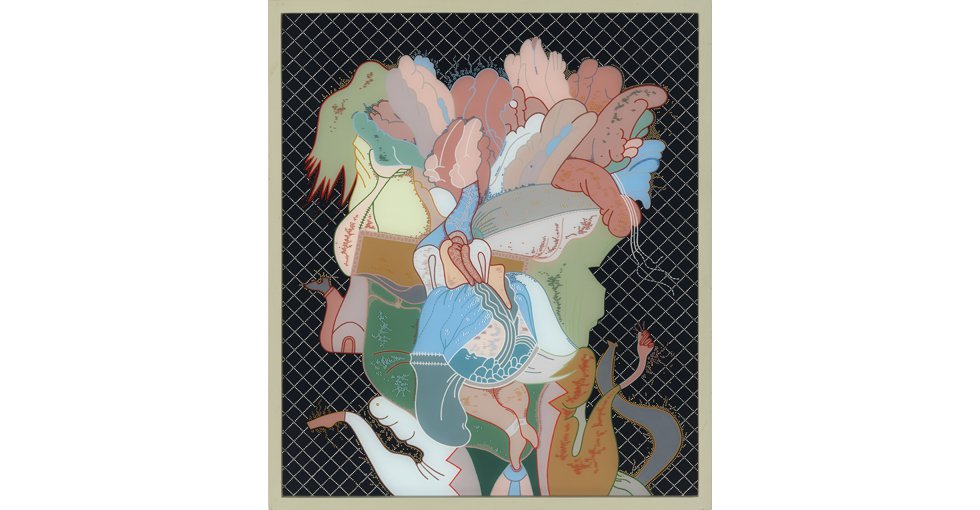 In a series of graphite drawings from the late 1960s and reverse Plexiglas paintings from the early 1970s, Rossi’s works are some of the more enigmatic examples of the Chicago Imagists. As this exhibition makes clear, Rossi’s twentieth century contributions were less Pop in their registration; other than the gestalt effect of the abstractions, they feature almost no conventionally familiar material, brand, object, or otherwise. Rossi’s illustration of form approaches instead the limits of the Imagist movement—with a certain inscrutable, mysterious, and sphinxlike effect.

You can read the full review here