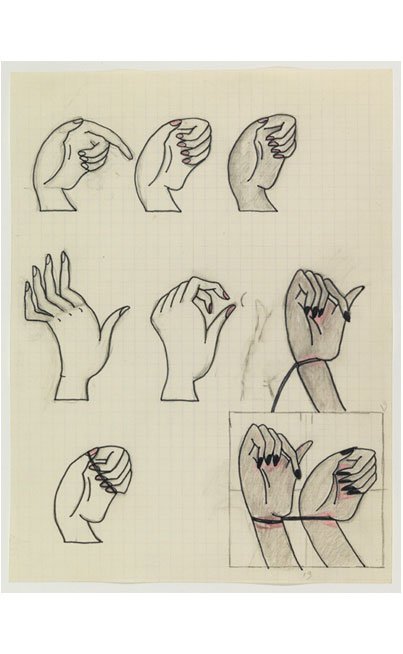 NEW YORK – Corbett vs. Dempsey and David Nolan Gallery are pleased to present Christina Ramberg: Corset Urns & Other Inventions, 1968-1980, an exhibition of Ramberg’s paintings and works on paper. Held at David Nolan Gallery, New York, the exhibition runs from December 10, 2011 through January 21, 2012.

In the late 1960’s, Christina Ramberg studied with Ray Yoshida at the School of the Art Institute of Chicago. Yoshida, who encouraged the use of commercial and popular cultural imagery, led a group of artists who came to be known as the Imagists who distinguished themselves from the art scenes in New York and Europe with high color figurative paintings and drawings. Mining comic books, magazines, and lingerie catalogs for references, Ramberg and her contemporaries such as Ed Paschke, Roger Brown, Jim Nutt, and Gladys Nilsson, among others, stand out as the forerunners of a distinctly American Pop approach to painting that is sexy, irreverent, and renegade in attitude. Ramberg painted parts of women’s bodies, like bound torsos, hands, waists, and hair, rendering them in seductive, sleek surfaces and muted colors. No faces ever appear in Ramberg’s works, and this precise cropping denies complicity between the gaze of the viewer and the subject. Haunting and perverse, Ramberg’s immaculately produced paintings stand in stark contrast to the hundreds of drawings she made, compulsively exploring shape and form in every possible variation of whatever subject she chose. Corsets, girdles, and bras were a particular obsession, for they not only served to shape the body to conform to an ideal, but they also symbolize the need to contain and heighten female sexuality.