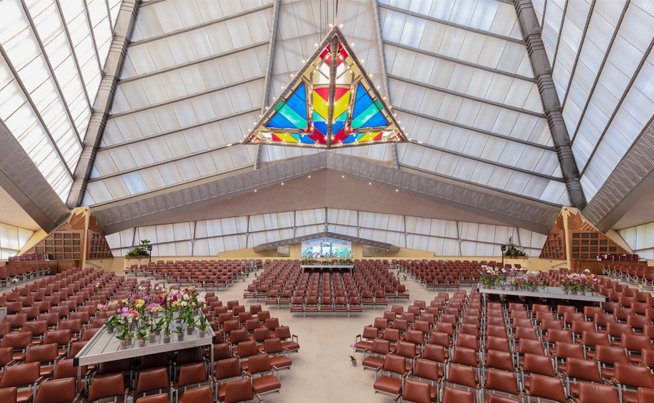 Drew Zeiba writes “The Histories (Le Mancenillier), overtakes the Wright’s bold structure without overwhelming it. Entering through the back, as most people do, you’ll encounter a large flat screen on black scaffolding, about human height, though much larger than any human being. On it, plants move and flow, including orchids and fronds. An occasional white X flashes across the screen, a reference to Snow, whose structuralist films considered the presence of the camera and materiality of that more analog medium. Video is not as tangible a thing as celluloid film, and so here the X seems to index the physicality of the screens (another monitor be found, oriented vertically, across the synagogue). ”