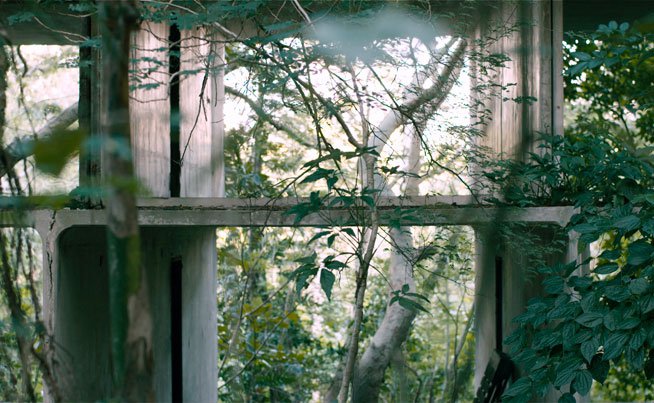 CHICAGO – Ahead of the openings of EXPO Chicago and the 2017 Chicago Architecture Biennial, a guide to the best exhibitions around town By Sara Cluggish

The title of Corbett vs. Dempsey’s exhibition ‘Small Sculpture’ is deceptively straightforward. In a rare group exhibition for the gallery, the nearly 60 small sculptures on view combine to form an energetic exercise in medium specificity, rooted in scale and volume. The density of Rachel Harrison’s The First Saturday in July (2017), a face-sized, candy-coloured cement blob with a cherry pitter balanced on top, sits in sharp contrast to the slender, restrained verticality of Katsuhito Nishikawa’s painted bronze Untitled (1986/2013). No larger than 29 centimetres (11.5 inches) on any side, B. Ingrid Olson’s Model for an Endless Room (2017) is a compact yet infinite proposal. Comprised of five black, plastic DVD boxes bound by a finger-width black metal strap, Matias Faldbakken’s Untitled (DVD Squeeze #01-#05) (2010) absurdly and humorously communicates the blunted crunch of his ‘container series’ in which large, commonly metal objects such as fridges, lockers and metal newspaper stands, are cinched and squeezed by colourful lever straps.

David Hartt’s ‘in the forest’ revisits architect and theorist Moshe Safdie’s unfinished 1968 housing project, Habitat Puerto Rico. Safdie constructed an ambitious number of these elegant and experimental developments across Montreal, New York, Israel and Singapore, among other cities. In Puerto Rico the project disintegrated when a government housing subsidy that developers relied on to finance the endeavour fell through. Now home to a vibrant array of plant and animal life, Hartt returns to Habitat Puerto Rico nearly 50 years after the initial project with a series of sculptures, photographs and a captivating 20-minute film that is the centre point of the exhibition. More a study of what remains of Habitat Puerto Rico than a romanticized aggrandizement of this modernist ruin, Hardtt continues his investigations into the relationships between ideology, architecture and the environment that characterize his practice.

The Roundhouse at the DuSable Museum of African American History, Chicago

Designed by visionary architect Daniel H. Burnham, the Roundhouse is a 17,000-square-foot structure built in 1881 which over the years has fallen into disrepair. Originally used as a horse stable and now incorporated into the campus of the DuSable Museum of African American History, this luminous, curvilinear room is the newly restored context for ‘Singing Stones’, a group exhibition presented collaboratively by Palais de Tokyo, Institut Français and EXPO Chicago. ‘Singing Stones’ explores the intersection between artistic process and architecture with contributions from 11 artists and designers across Chicago and France. Exhibition curator Katell Jaffrès of Palais de Tokyo and Chicago-based architect Andrew Schachman collaborated on the site design and a bespoke display system that guides visitors through the singular space. Responding to the effects of sunlight filtering into the domed structure, Chicago-based Cauleen Smith has produced a colourful installation which baths the room and surrounding artworks in translucent yellows, greens and blues that glide across the space like a timepiece from morning to night. A robust public programme also accompanies the show, including the opening and closing night performances of Thomas Teurlai’s intriguing Score for Bodies and Machines (2017) in which two photocopying machines create a choreographic sequence for, and in response to, the movements of local performers Benjamin Wardell and Anna-Martine Whitehead.