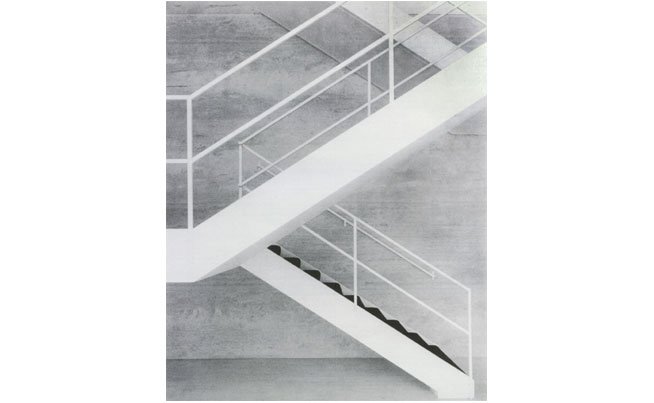 Josiah McElheny: Two Clubs at The Arts Club of Chicago

Engaging with the history and mission of The Arts Club itself, McElheny’s two-part installation will bring together his film The Light Club of Vizcaya: A Women’s Picture (2012) and a new installation for this exhibition The Club for Modern Fashions (2013), a constructed glass pavilion in which daily performers and guests are invited to lunch dressed in vintage attire from the 1920s to the 1970s—decades that signify the height of a modernist imperative across the cultures of fashion, design, and architecture. A sculptor and filmmaker known for his interrogation of glass as a material and paradigm in art, McElheny has conceived this exhibition in collaboration with Chicago architect John Vinci, who designed The Arts Club’s current building.

The Light Club of Vizcaya continues McElheny’s exploration into alternative histories of modernism and the possibilities (and failures) of utopian thought. Filmed on location at Vizcaya, Chicago machinery magnate James Deering’s infamous Miami estate, the film reimagines a little known text by early 20th century German author Paul Scheerbart The Light Club of Batavia: A Ladies’ Novelette (1912).  This strange, visionary satire describes a dinner at which a wealthy heiress and an architect decide to create a secret club for ‘bathing’ in electric light at the bottom of a mine shaft. McElheny’s version, with voiceover by Zoe Leonard, subtly combines Scheerbart’s fiction with the real history of Vizcaya, recounting a tale in which the narrator searches for a lost light club where members indulged in the benefits of colored light beneath the gardens of the grand estate.

McElheny’s The Club for Modern Fashions —a transparent room constructed in glass and furnished in mid-twentieth-century style—echoes The Arts Club’s history, as well as that of its modernist form. Like Vizcaya and its fictionalized “Light Club,” The Arts Club was founded in 1916 to provide a space for the appreciation of the new. Former Arts Club President Rue Winterbotham Shaw retained the services of legendary architect Ludwig Mies van der Rohe to design the Club’s rooms at 109 East Ontario Street, and Mies delivered an elegant yet advanced interior in 1951. The spirit of that space, demolished in the 1990s, has been retained by Mies’s student John Vinci in the Arts Club’s current building, which preserves Mies’ “floating” staircase at its heart. Nodding both to The Arts Club’s history and to Mies’s historic pavilion architecture, McElheny’s temporary glass room will become both a home and a frame for a renewed display of modernist style.

The Club for Modern Fashions will be populated by performers and guests dressed in fashions of the mid-twentieth century throughout the run of the exhibition, Tuesday – Friday, 12:00 pm – 1:00 pm. To participate, please contact Molly Feingold at 312.787.3997 or mfeingold@artsclubchicago.org.

Winner of the 2006 MacArthur prize, McElheny has had solo exhibitions at The Wexner Center for the Arts, Columbus, Ohio, The Institute of Contemporary Art, Boston, Whitechapel Gallery, London, the Museo Nacional Centro de Arte Reina Sofia, Madrid, the Henry Art Gallery, Seattle, the Rochester Art Center, Rochester, Minnesota, and the Museum of Modern Art, New York, among others. He has been the subject and author of numerous publications, including Bill Horrigan, ed. Josiah McElheny: Towards a Light Club (Ostfildern: Hatje Cantz, 2013), Helen Molesworth, ed. Josiah McElheny: Some Pictures of the Infinite (Ostfildern: Hatje Cantz, 2012), Josiah McElheny: A Prism (New York: Skira Rizzoli, 2010), The Light Club: On Paul Scheerbart’s The Light Club of Batavia (Chicago: The University of Chicago Press, 2010), and Lynne Cook and Josiah McElheny, eds. A Space for Island Universe (Madrid: MNCARS & Turner, 2009). McElheny lives and works in New York. The Light Club of Vizcaya was realized as a commission by the Contemporary Arts Project at Vizcaya Museum and Gardens.

A 24-page publication, with essays by Janine Mileaf (The Arts Club of Chicago) and Bill Horrigan (Wexner Center for the Arts), will accompany the exhibition.