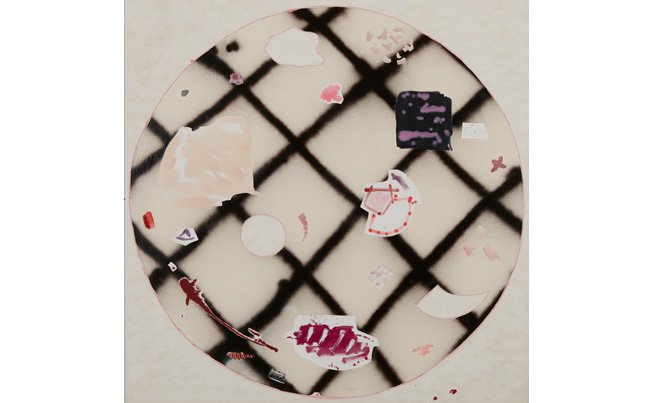 Los Angeles Times announces the ‘Made in L.A.’ lineup

LOS ANGELES – What is an L.A. artist? Hammer Museum answers with its ‘Made in L.A.’ biennial lineup.

The Hammer Museum announced the lineup for its third “Made in L.A.” biennial on Tuesday evening, and perhaps the most interesting through-line is the lack of any theme imposed by curators Aram Moshayedi and Hamza Walker.

Instead, the shape of the exhibition opening in June will be formed largely by artists who resist or defy categorization, challenging notions of what an L.A. artist is.

“We were simply operating within the already given theme of ‘Made in Los Angeles’ — to take that at face value and to understand that within that, that announces a certain kind of heterogenic activity in the locale,” said Walker, director of education and associate curator at the Renaissance Society, a contemporary art museum in Chicago.

The Hammer biennial, this year carrying the full name “Made in L.A. 2016: a, the, though, only,” showcases emerging and underrepresented artists in a variety of disciplines including sculpture, painting, film and video, fashion, music, literature and performance.

Over 12 months, Moshayedi and Walker visited about 200 studios in Southern California, roaming as far south as San Diego, as far north as Ventura and as far east as Joshua Tree. They whittled participants down to 26 — the slimmest “Made in L.A.” exhibition yet. The museum’s 2012 biennial included 60 artists; its 2014 event featured 35. But paring back participants was a purposeful less-is-more strategy.

“Twenty-six is seemingly small in relationship to previous iterations of ‘Made in L.A.,'” said Moshayedi, a Hammer curator. “But each of those 26 contributions by artists are quite deep and heavy and substantive. So often with these biennials, the ambition gets confused with the addition of more and more artists, and we really wanted to hone in and concentrate to create mini exhibitions within the exhibition — everything from condensed monographic surveys to presentations of multi-year projects.”

During their search for artists, Moshayedi and Walker sought diversity. Participants hail from Lebanon, Colombia, Spain, Switzerland, Brazil and Australia, among others. The range of genres can be seen in performance artist Adam Linder’s site-specific dances and trumpet player Wadada Leo Smith’s exhibition of drawn and painted scores produced from 1967 to 2014. In literature, visual artist-poet Dena Yago contributed an original poem to the exhibition catalog, and minimalist poet Aram Saroyan wrote the subtitle for the exhibition, “a, the, though, only.”

“We thought about the subtitle as a space to commission a new poem,” Moshayedi says. “We’re also in conversation with him about some kind of performative element that would be in conjunction with the title.”

One key exhibition won’t take place at the museum at all — and you may or may not be able to see it. Artist Todd Gray will create a memorial to his late friend, the Doors keyboardist Ray Manzarek, by wearing Manzarek’s clothes, in his everyday life, for the duration of “Made in L.A.”

“It’s a living sculpture,” Walker says. The idea is meant to challenge notions of ephemerality, as well as what constitutes a museum space.

Guthrie Lonergan will show a Web-based project on the Hammer’s site involving other artists’ websites and mission statements; the point is to explore professional presentations of artists online.

The two-person fashion house collective Eckhaus Latta was commissioned to produce an ad campaign for their upcoming line of clothes, and the designers will show a video of those ads in the museum.

Among the new bodies of work and commissions in the biennial: film and video installations by Kenneth Tam, Martine Syms and Shahryar Nashat. Other new projects by emerging artists of note include installations by Rafa Esparza and Lauren Davis Fisher that will change during the exhibition.

The biennial also will recontextualize the work of better known artists. It will present art star Sterling Ruby in a new light with a different body of work — an installation of wrought-iron work tables from the artist’s studio that references labor movements. Kenzi Shiokava, 78, and Huguette Caland, 85, the oldest artists in the exhibition, will exhibit condensed surveys of their work. And cinematographer Arthur Jafa, who has worked with Spike Lee, will show a collection of mixed media collage look books that he created while working on films during the last 15 years.

“‘Made in L.A. 2016’ illuminates what is so exciting and distinctive about L.A. as a cutting-edge art center right now,” Hammer Director Ann Philbin said. “It’s truly remarkable how so many artists — from vastly different backgrounds and disciplines — have gathered here to make this such a vital destination for contemporary creative voices.”