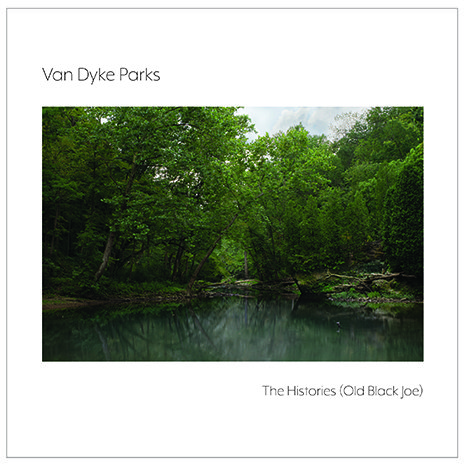 Few musicians have had the word "legendary" affixed to theirs as many times as Van Dyke Parks. A great songwriter and musician in his own right whose cult classic LPs Song Cycle and Discover America helped expand the notion of what music of the Americas really meant, Parks has left an indelible mark on contemporary music, not least through his ornately imaginative production and arrangement, including landmark projects with The Beach Boys, Harry Nilsson, and Joanna Newsom, as well as LPs produced for the Esso Steel Band and the Mighty Sparrow. For a 2020 installation piece titled "The Histories (Old Black Joe)," Philadelphia-based artist David Hartt invited Parks to make an original arrangement of the Stephen Foster song "Old Black Joe." The kaleidophonic result constitutes the A-side of this 7-inch single. With a collage-like feel featuring lush orchestration that's classic Parks, the track jump-cuts from mood to mood like Carl Stalling and features an explosive steel guitar part and a parting cameo by the Esso Steel Band. The B-side is a beautiful arrangement of "Souvenir de la Havane" by the pioneering pre-jazz American Creole composer Louis Moreau Gottschalk. Cover art and design by David Hartt.

Music for an installation
By David Hartt