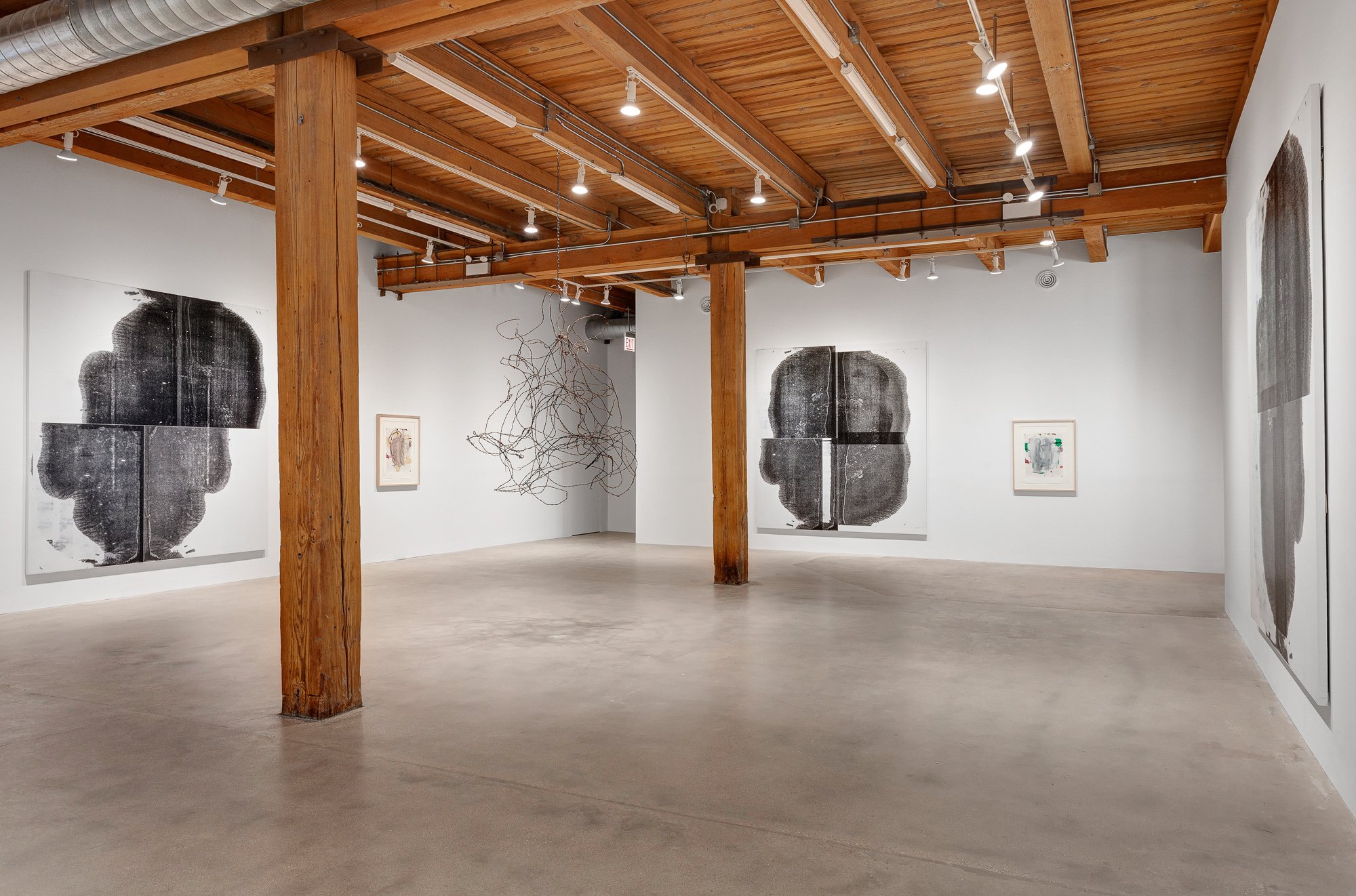 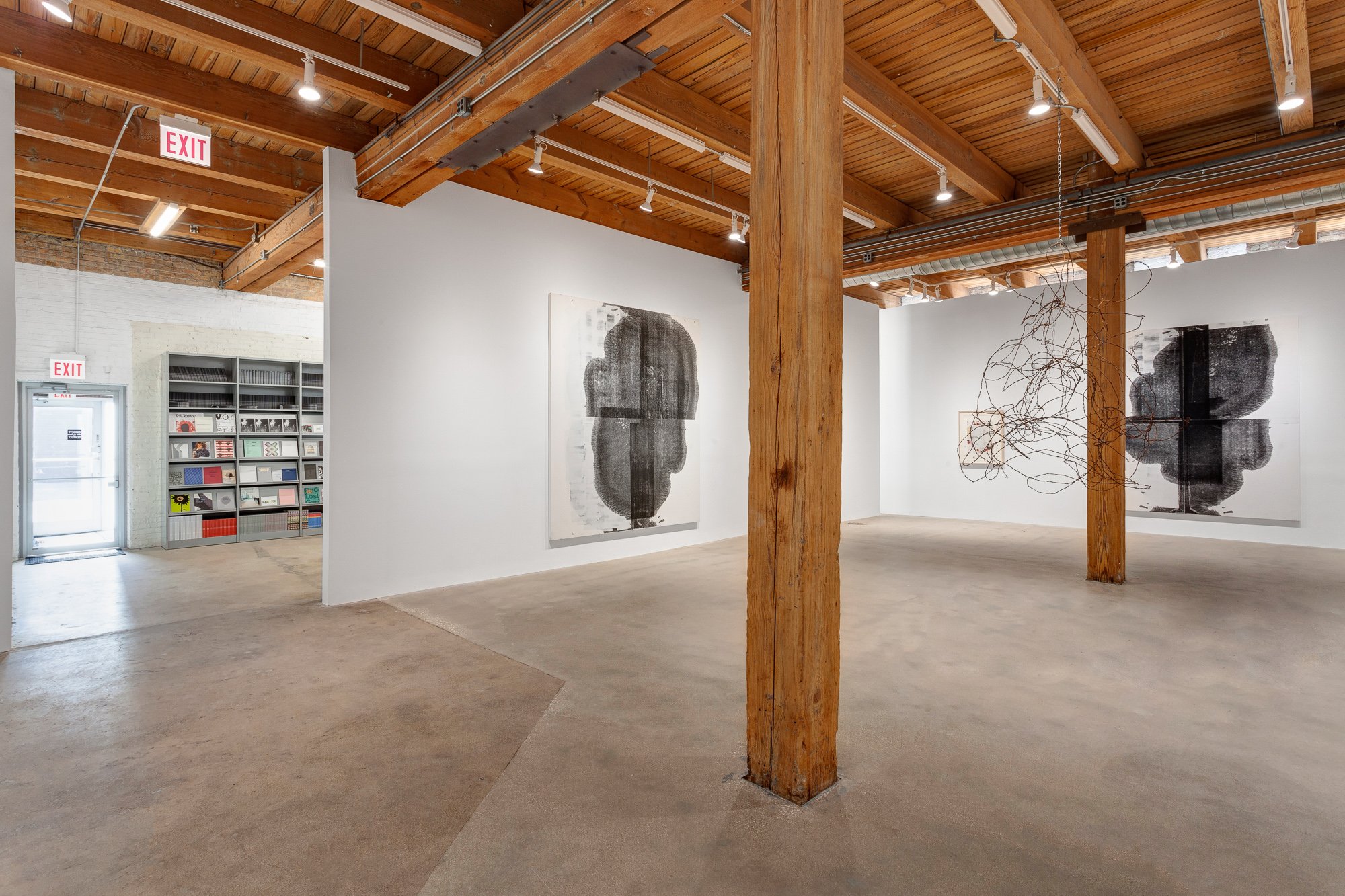 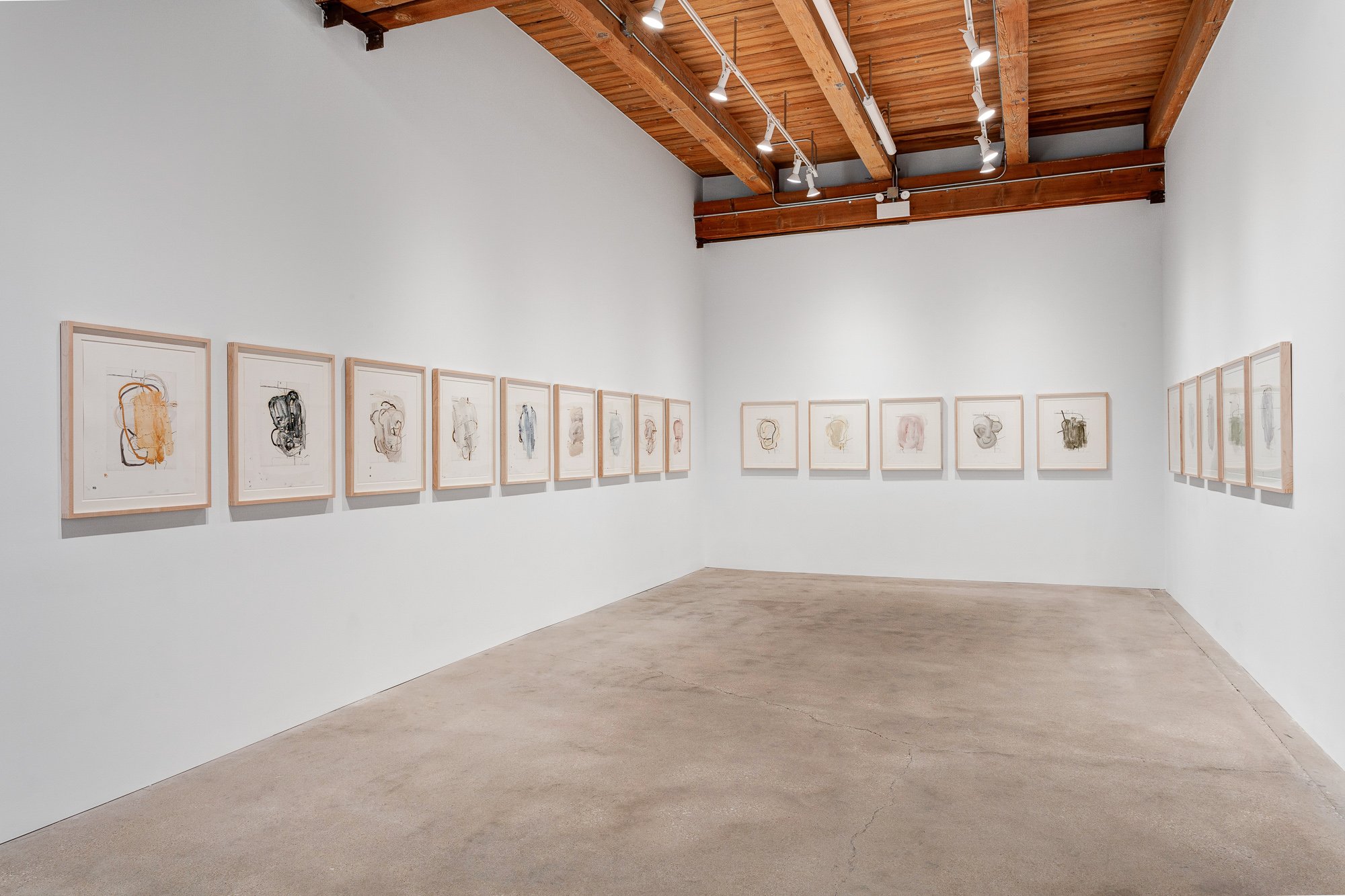 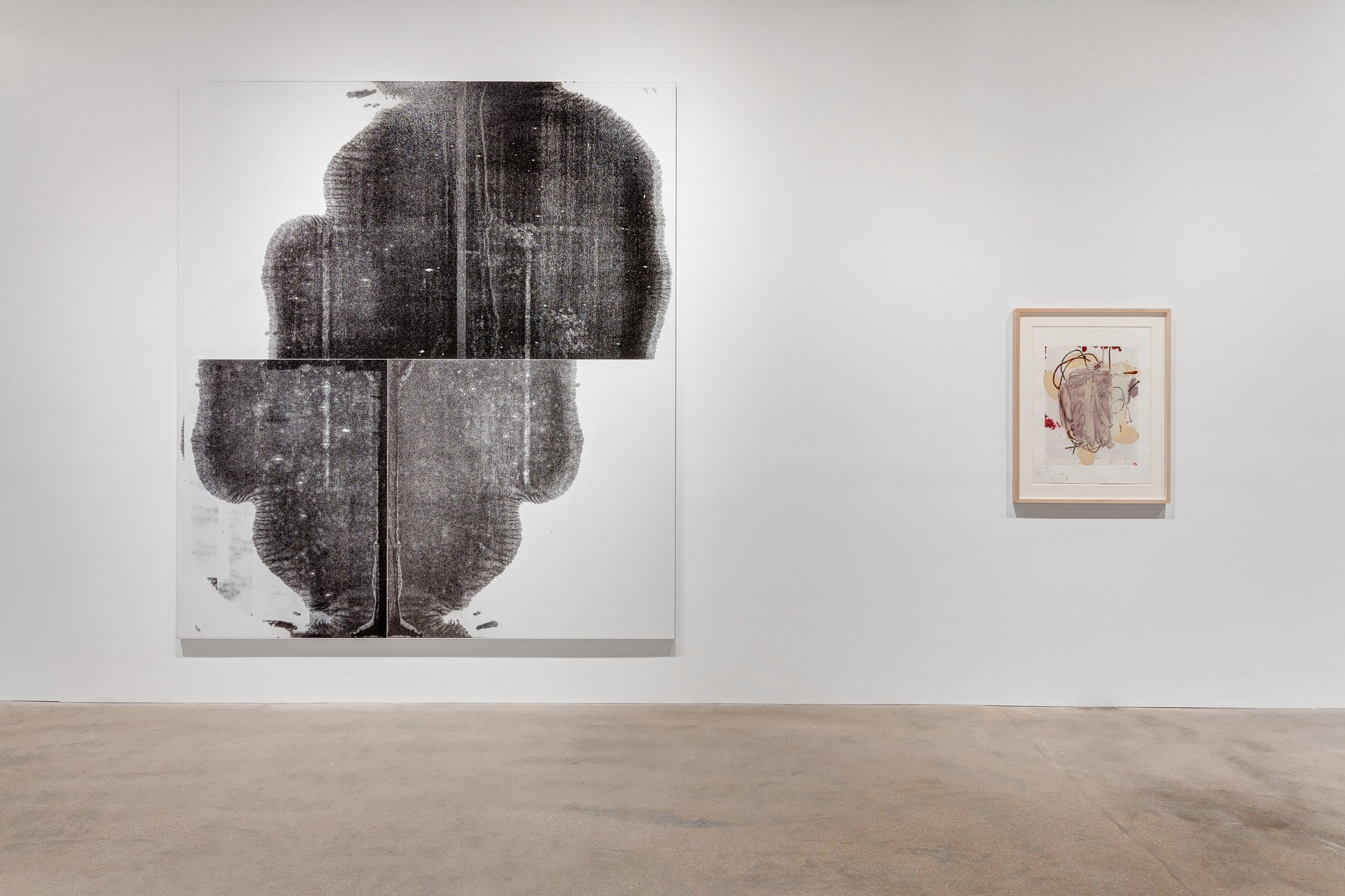 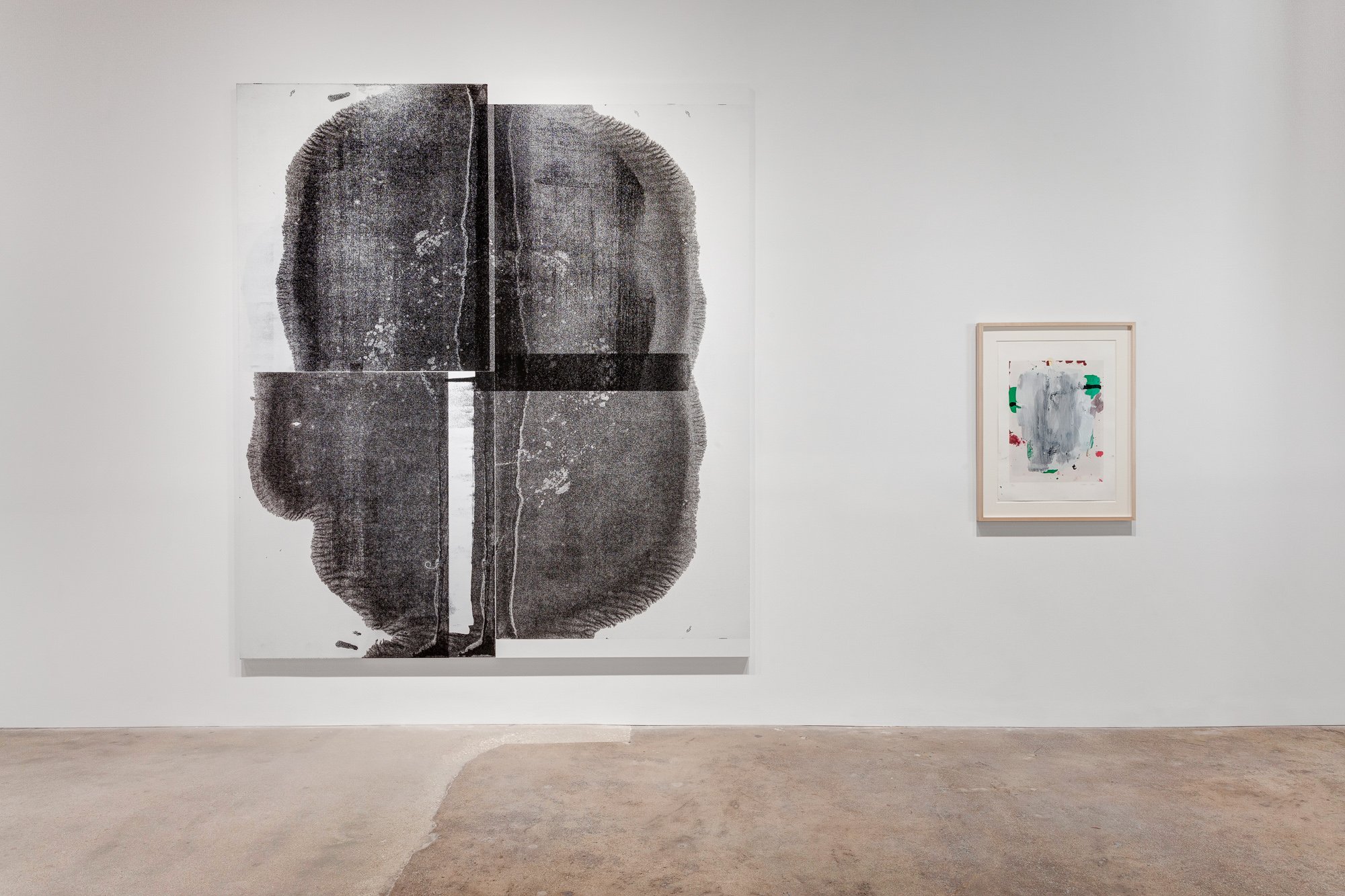 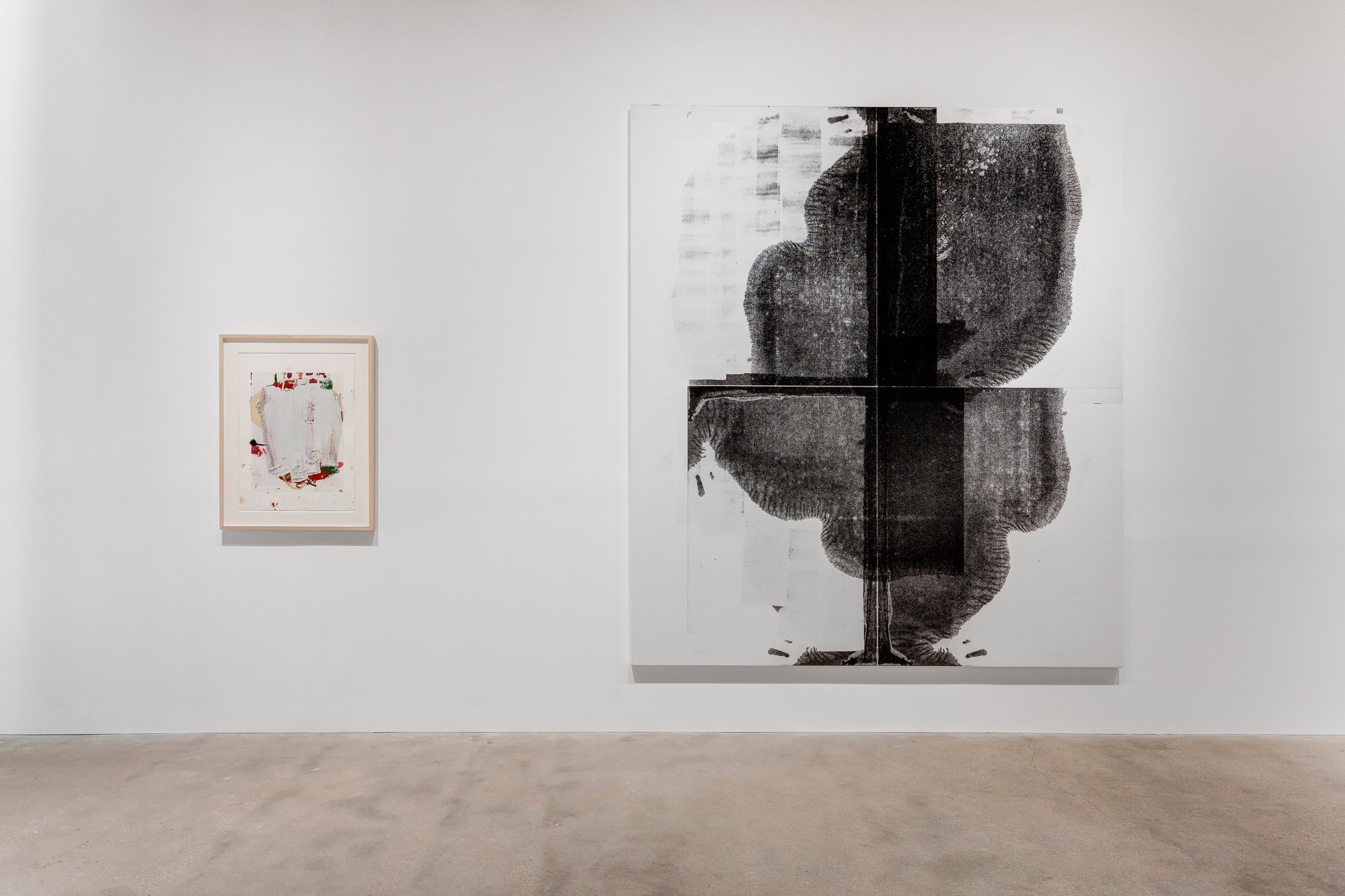 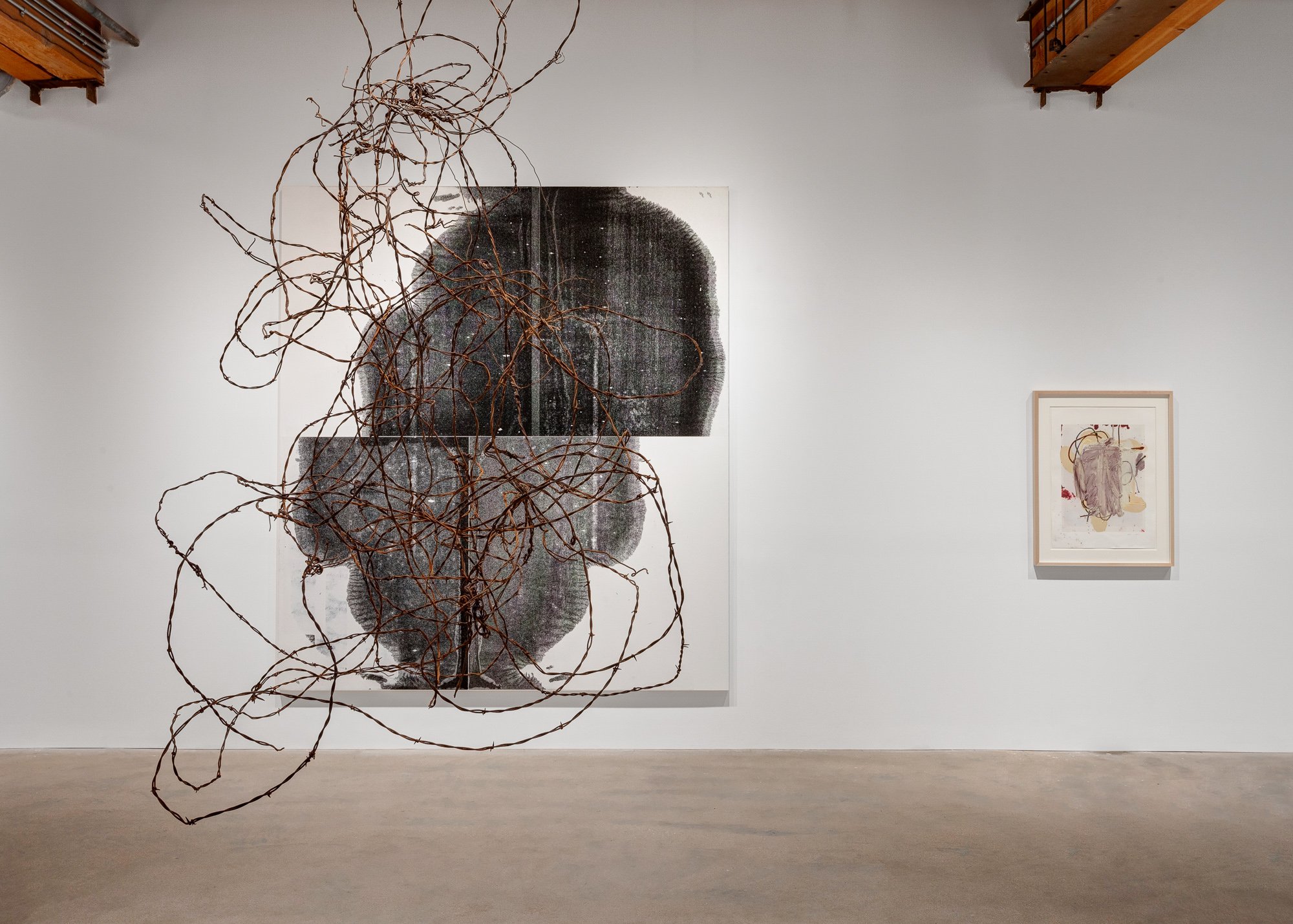 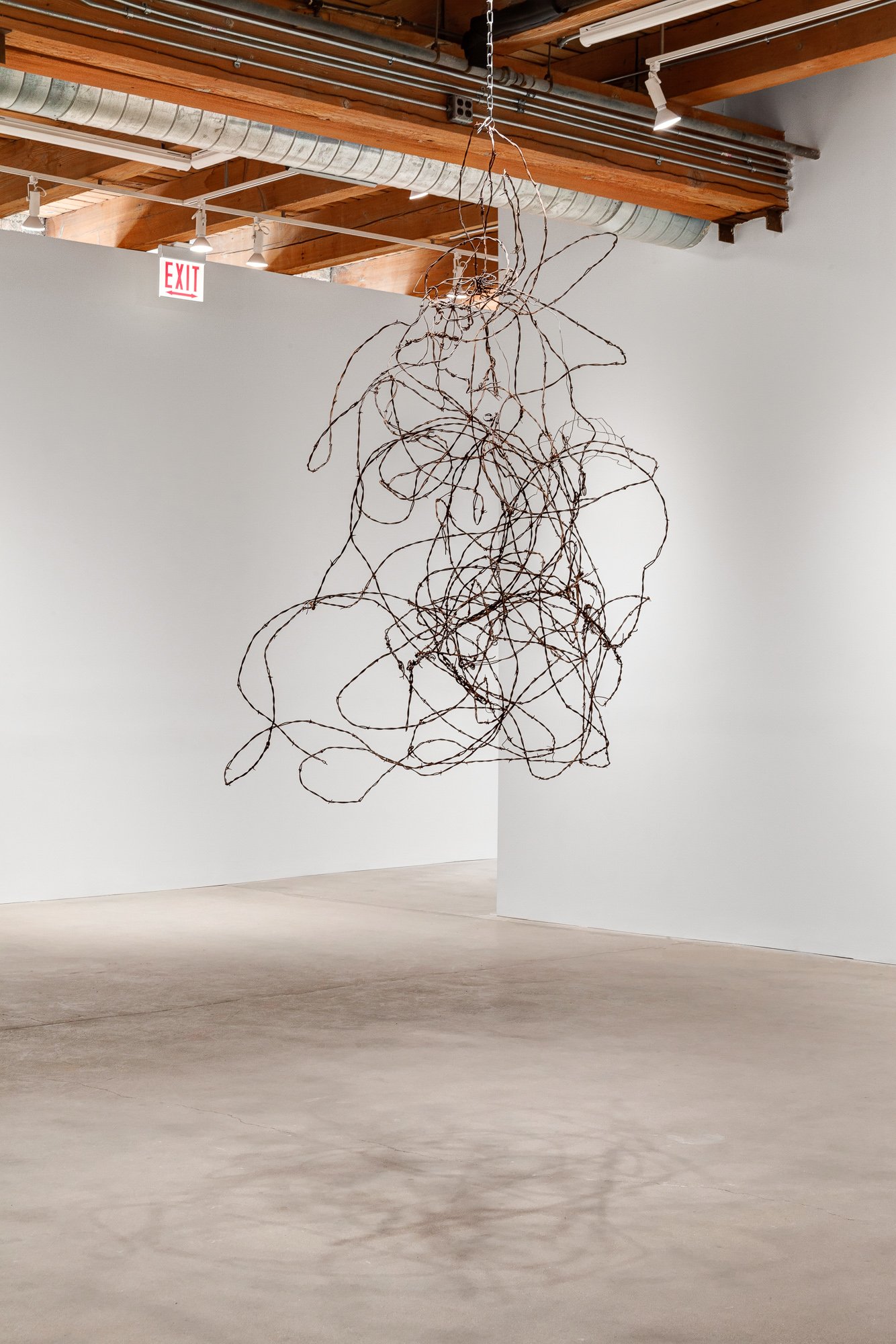 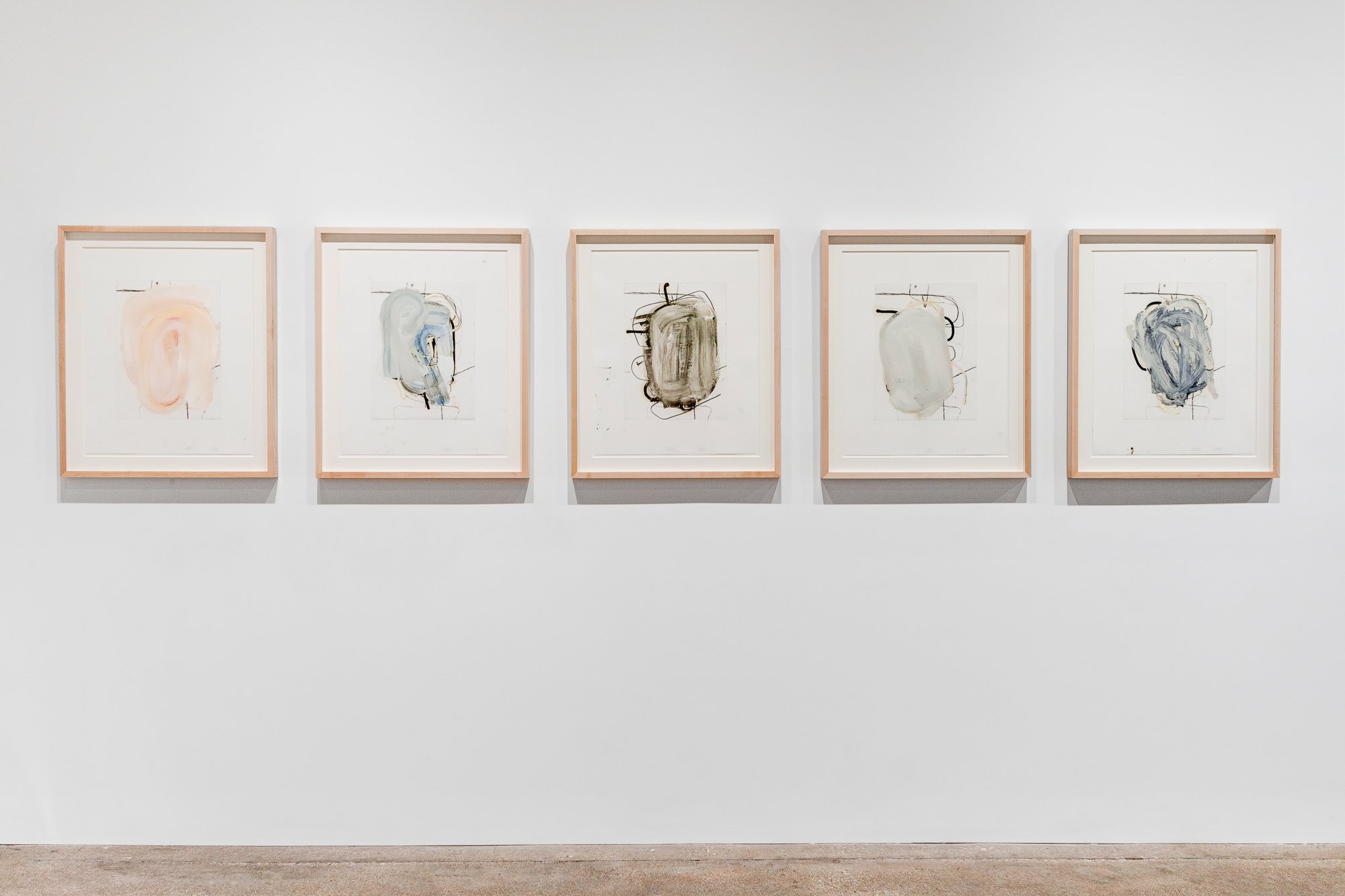 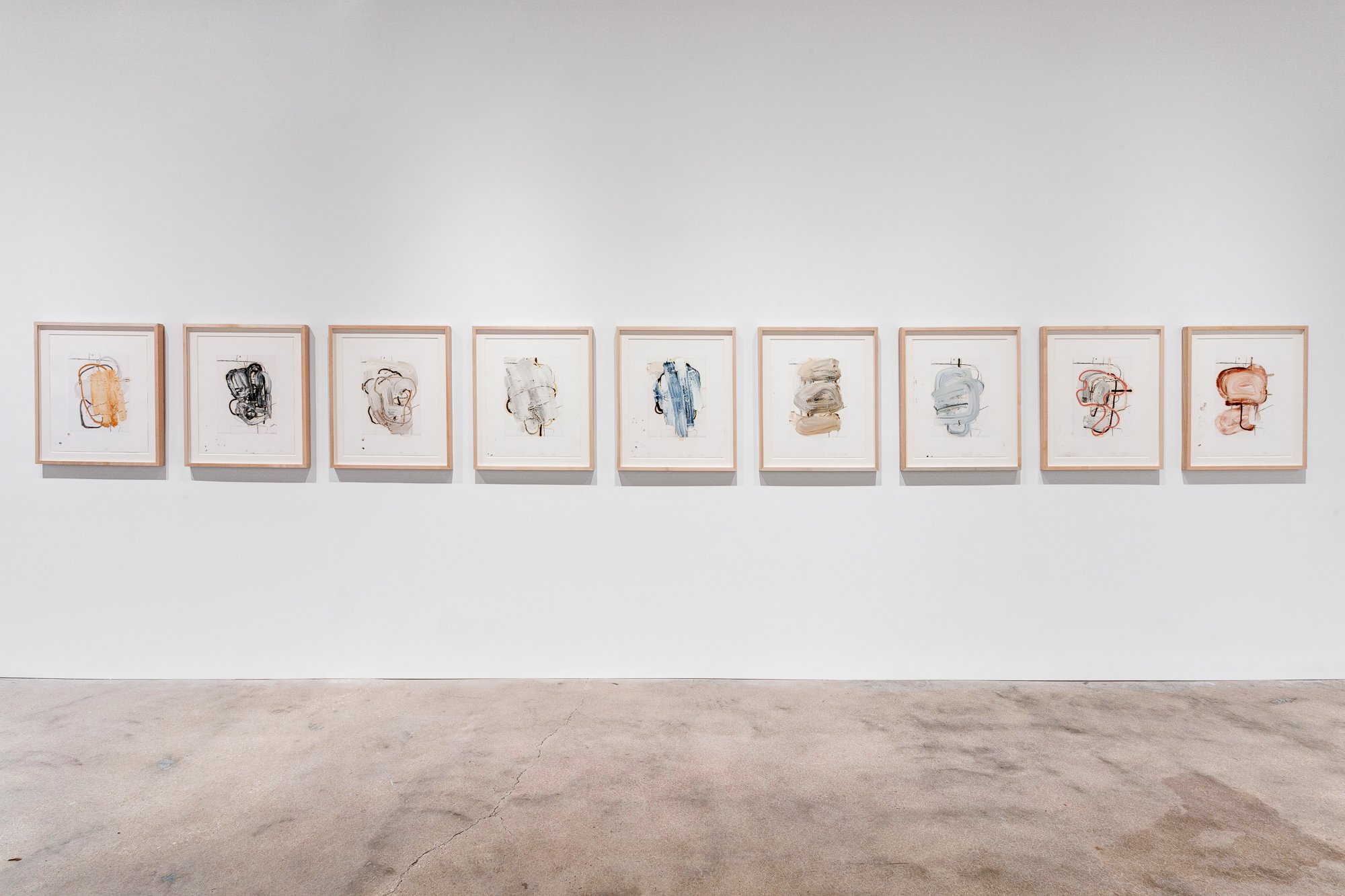 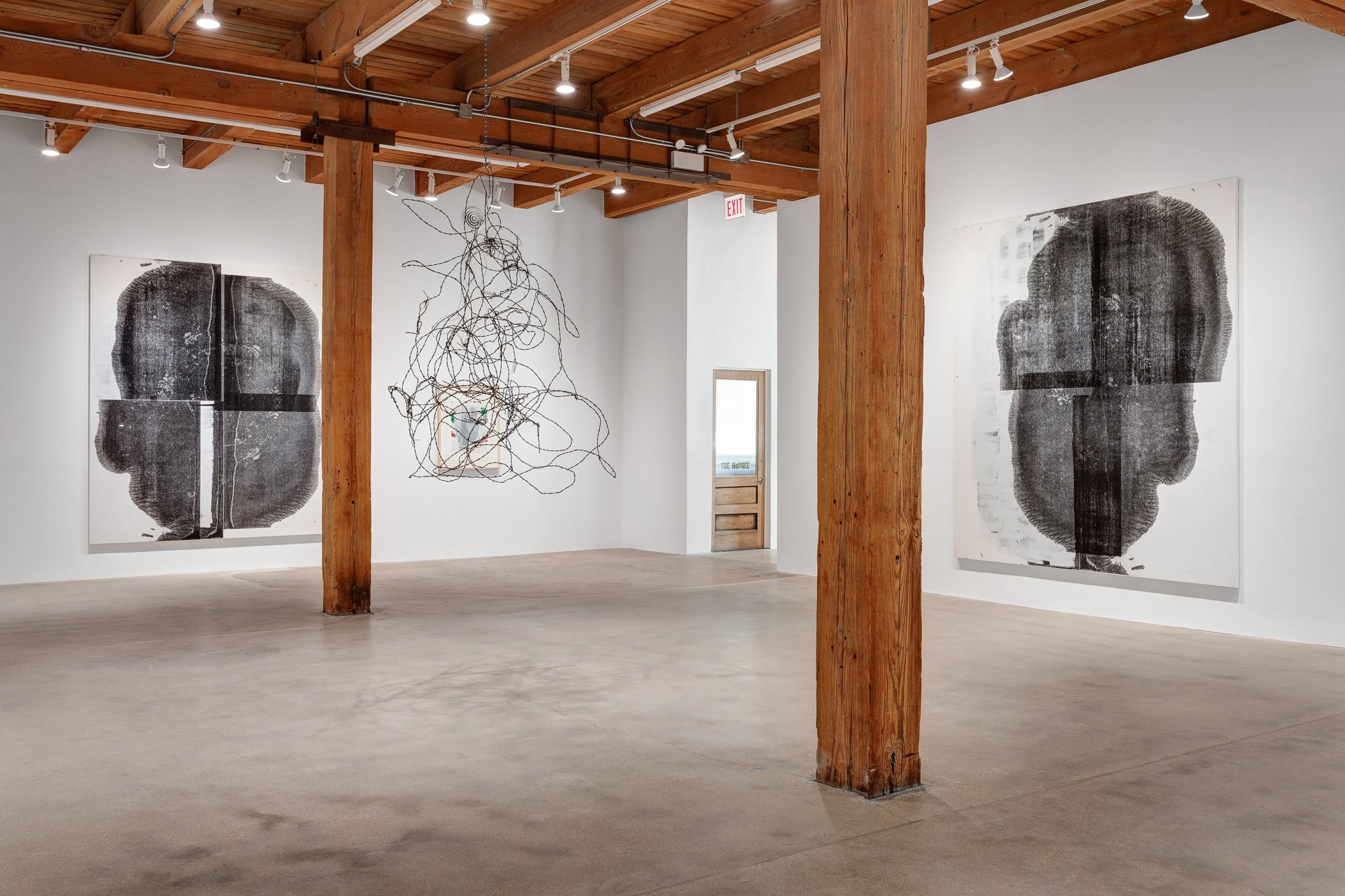 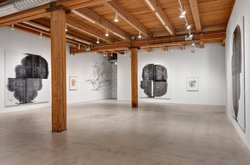 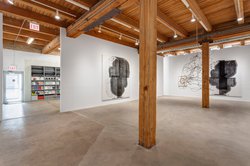 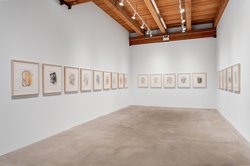 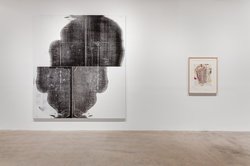 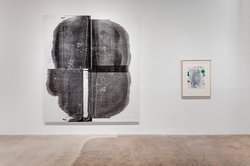 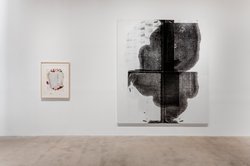 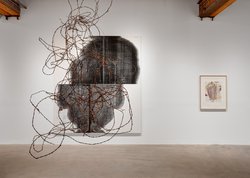 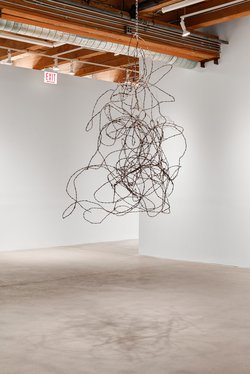 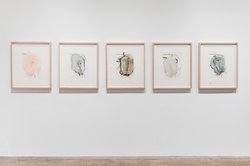 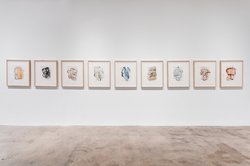 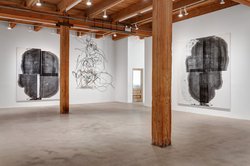 Corbett vs. Dempsey is pleased to present Christopher Wool, an exhibition of new works by Christopher Wool. This is CvsD's second solo show with the artist, and it inaugurates the gallery's 2156 W. Fulton St. space. Since 2015, Wool has been mining a set of images that he originally made in the mid-1980s, works on paper that used ink-blot technique to create bilaterally symmetrical horizontal shapes in black on white. From among these older pieces, Wool excavated two that were rough self-portraits. These have provided him material for a series of large paintings, four of which will be unveiled at CvsD. Using a combination of silkscreening – by means of which he scales up and mutates the original image – and over-painting, Wool plays with density, permutation and registration, varying the basic central form in startling and imaginative ways. Like their source drawings, the paintings are black and white, but a series of complementary works on paper introduce a subtle color palette of browns, pale yellows, pinks and purples into the exhibition. Working with a set of linear black and white etchings, closely related to other such print works Wool has been making of late, the artist painted in oil on top of identical prints, creating different kinds of relationship between the underlying image and the over-painted areas, ranging from echoing to elaboration to cancellation. In addition to wall works, the exhibition presents a hanging barbed wire sculpture and a cast cement sculpture, both of which relate morphologically to the paintings and works on paper. Concurrent with Christopher Wool, the gallery is releasing a 64-page catalog featuring images of works in the show, a conversation between John Corbett and Christopher Wool, and a bonus CD of solo percussion by Paal Nilssen-Love, the final concert at the original gallery space, recorded in mid-December 2018. Please join us for the exhibition and help us celebrate the grand opening of our new digs. Opening Reception Friday, February 8, 6 to 8pm