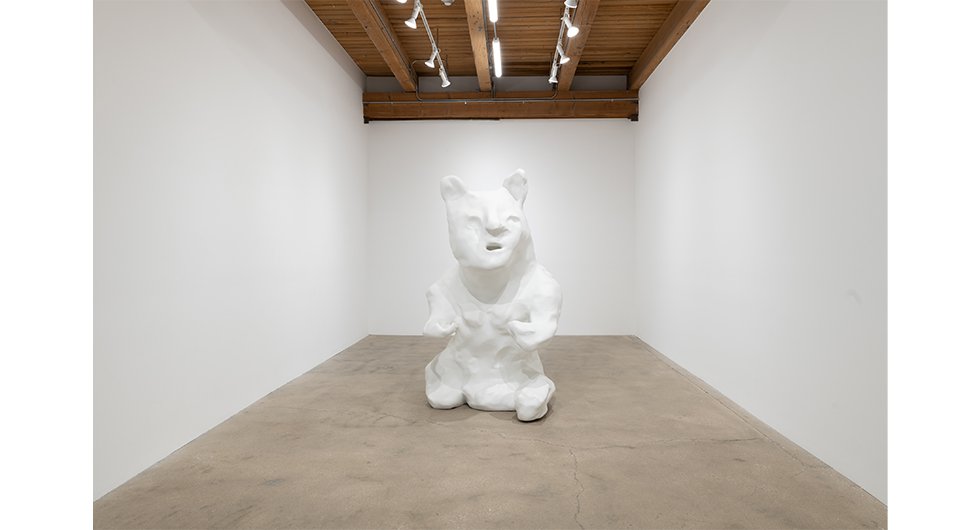 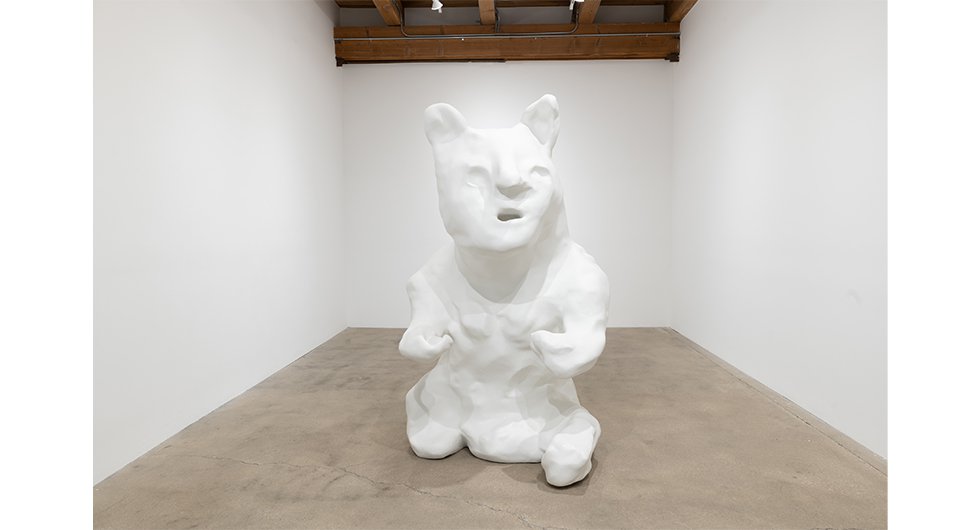 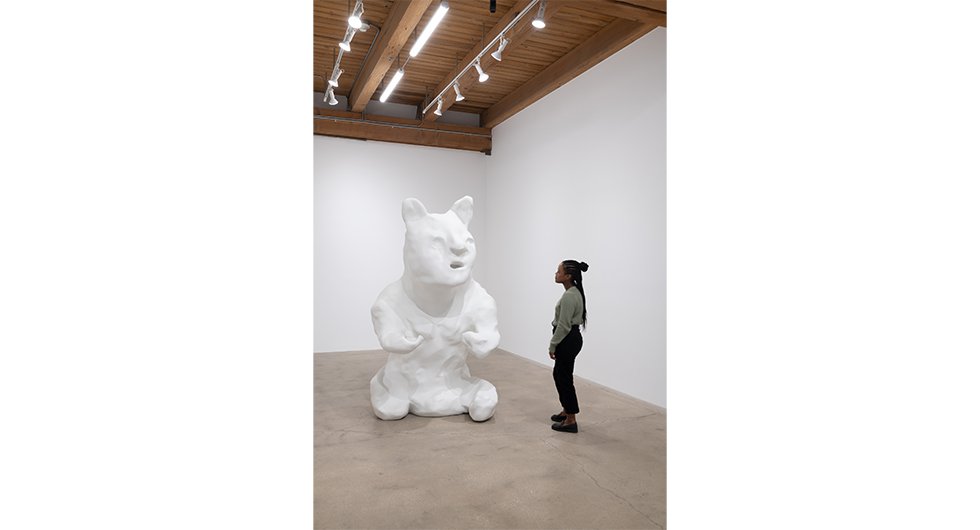 In the north gallery, CvsD is proud to present Margot Bergman, Grover’s Corners. This is Bergman’s sixth one-person exhibition with CvsD and unveils her first large-scale sculpture.

Margot Bergman has long held her work to the utmost level of frankness. Her paintings have eschewed allusion or euphemism in favor of the forthright, the penetrating, the uncomfortable, and the illuminating. But what does unflinching honesty look like in an era of widespread uncertainty? Taking its title from the setting of Thornton Wilder’s 1938 play Our Town, the exhibition Grover’s Corners unveils a seven-foot tall fiberglass figure. Entitled “Warrior,” this imposing work absorbs, reflects, refracts and projects myriad contradictions of our contemporary landscape.

The sculpture’s form originated in a series of small-scale porcelain ceramics that Bergman created in 2010, a group of animal and human-animal hybrids with bright red glazes that she collectively called the Red Hots. Although rigorously faithful to its precursor, this Red Hot has been transmogrified into a new and much more imposing creature, not only in stature but also in range of associations, with a sensuous, creamy patina more like a classical Greco-Roman bust than a spicy candy. In the sculpture’s complex surface topography Bergman offers an equally rich, multivalent image, a cipher more than an avatar, the embodiment of a range of dichotomous or contradictory realities – human face with animal features, uffish but vulnerable, a square-jawed mesomorph with arms reaching out but no hands to grasp, powerful and also somehow urgently poignant. It conjures something at once frightening and vulnerable – a kind of brokenness, a beautiful ambiguity that invites empathy but also pushes the viewer away. Like the dialectical relationship between quotidian daily routine and the profound finitude of death in Wilder’s play, Bergman’s sculpture offers a forceful meditation on what it means to live within that set of contradictions. A perfect representative of Our Town, circa 2022.

Margot Bergman is based in Chicago, where she has been making art since the 1950s. In recent years, her work has been the subject of three solo shows at Anton Kern Gallery in New York (2016, 2019, 2022) and two at Susanne Vielmetter in Los Angeles (2017, 2019), as well as a shared solo booth hosted by Kern and CvsD at Independent, NY, 2020. Bergman’s exhibition at the Museum Langmatt in Baden, Switzerland, opened in 2019, traveled to the Museum Folkwang in Essen, Germany, and was accompanied by a catalog with essays by John Yau and Markus Stegmann, and Britta Peters.

The Loneliest Woman
Dancing With an Unknown Partner / The Operatic Canvas
Degree of Separation
Greetings
Selected by Charline von Heyl
The Dust Blows Forward, The Dust Blows Back
Wonderland and Other Reveries