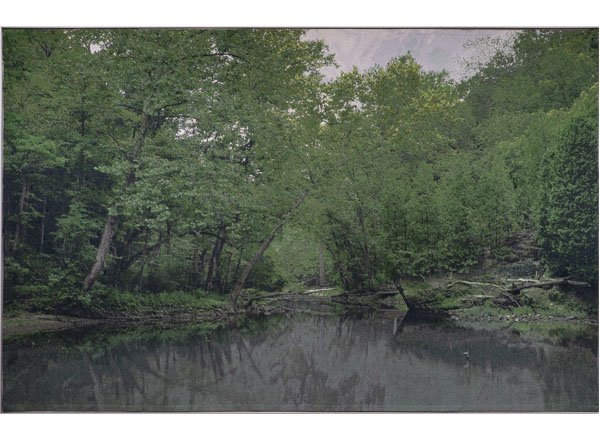 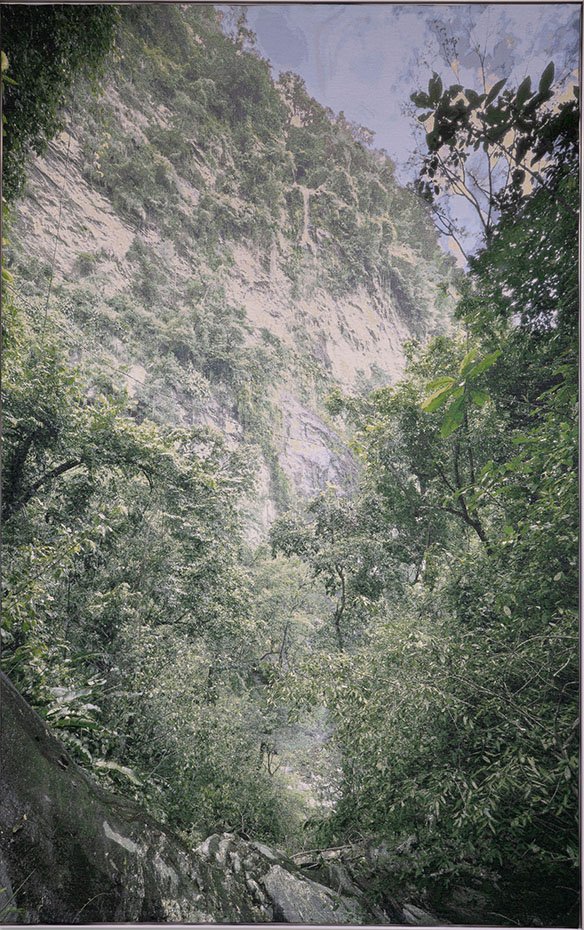 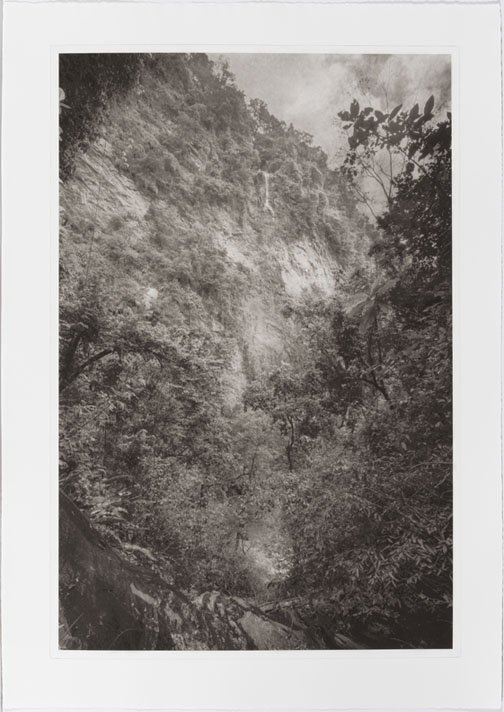 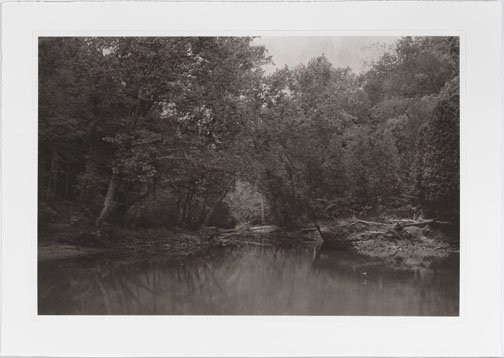 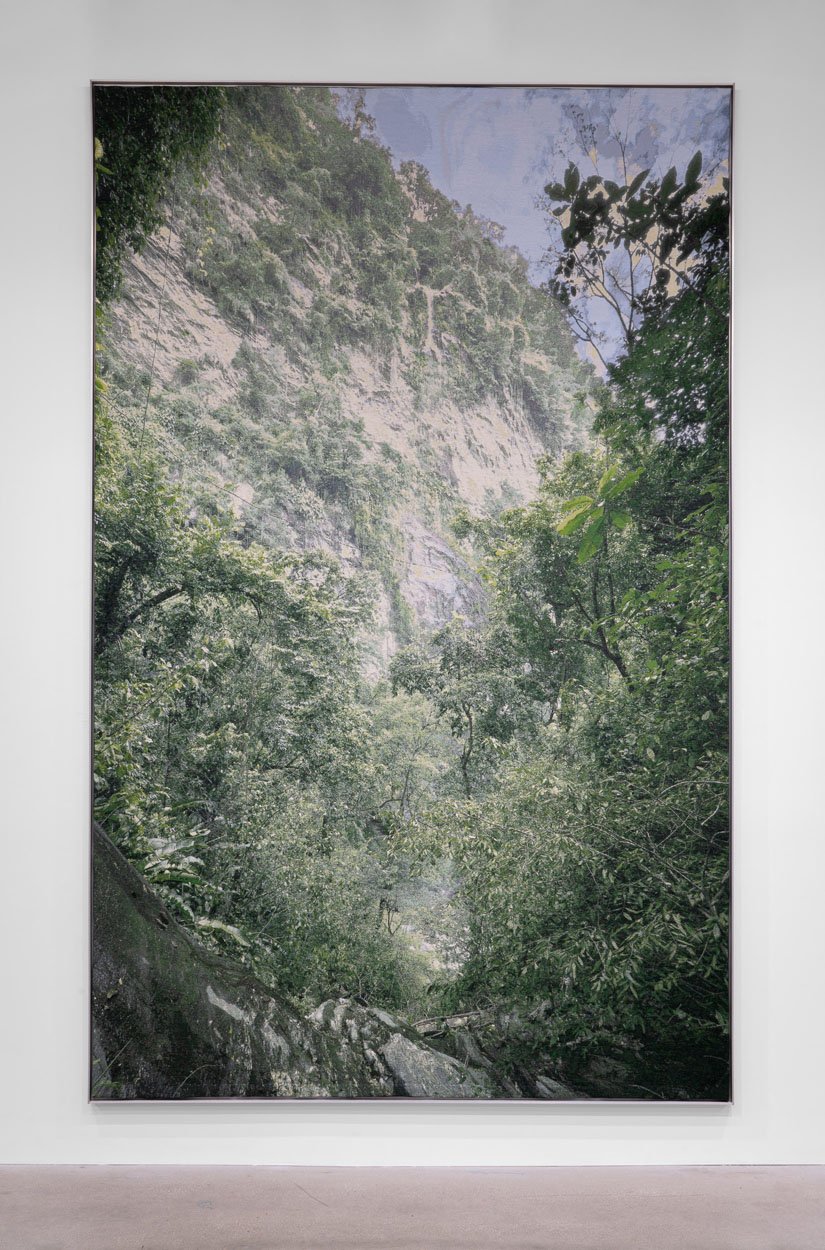 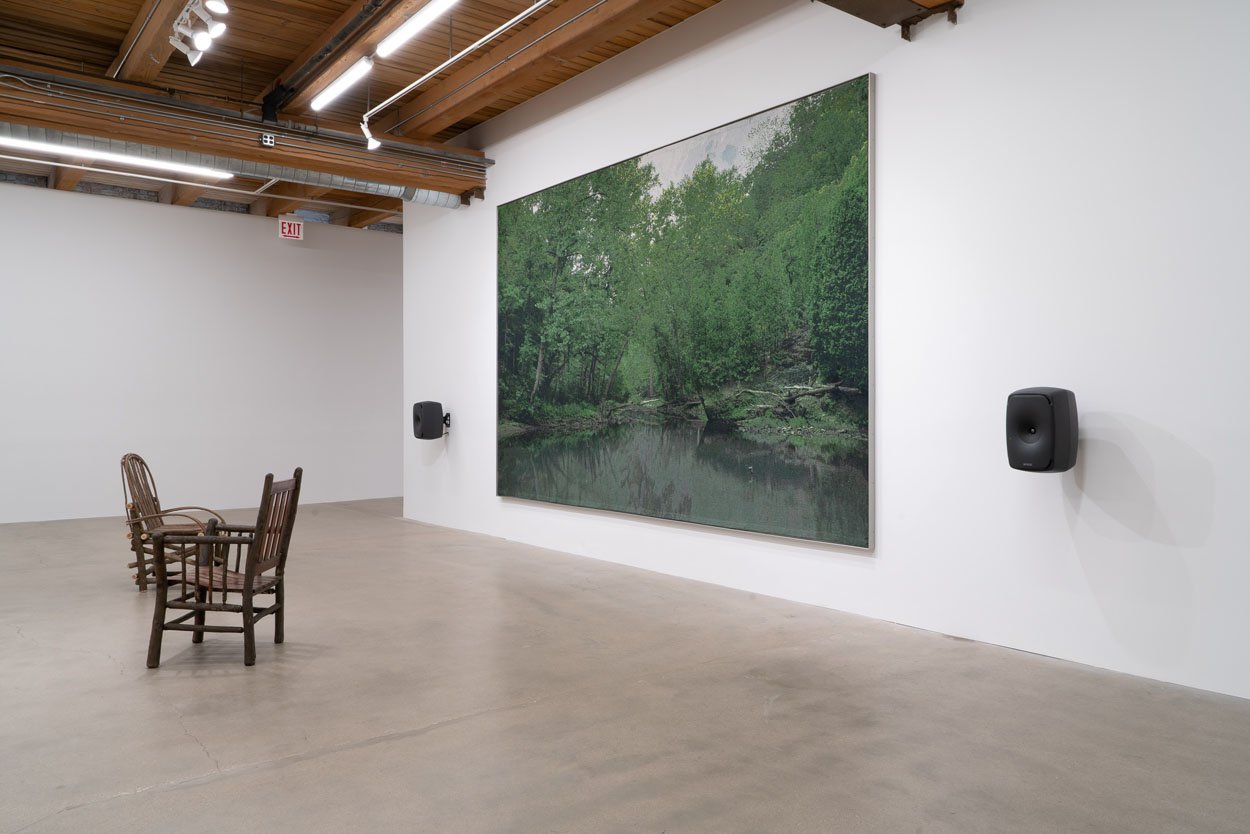 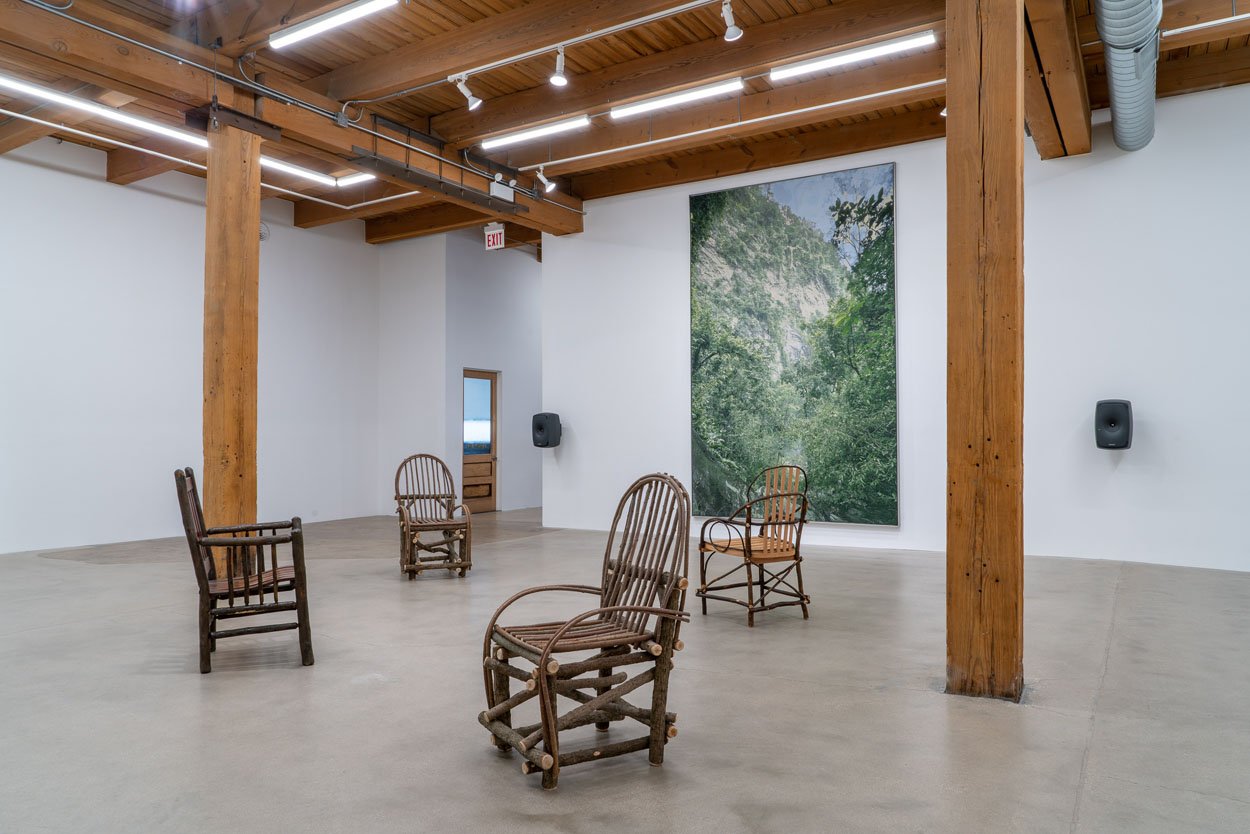 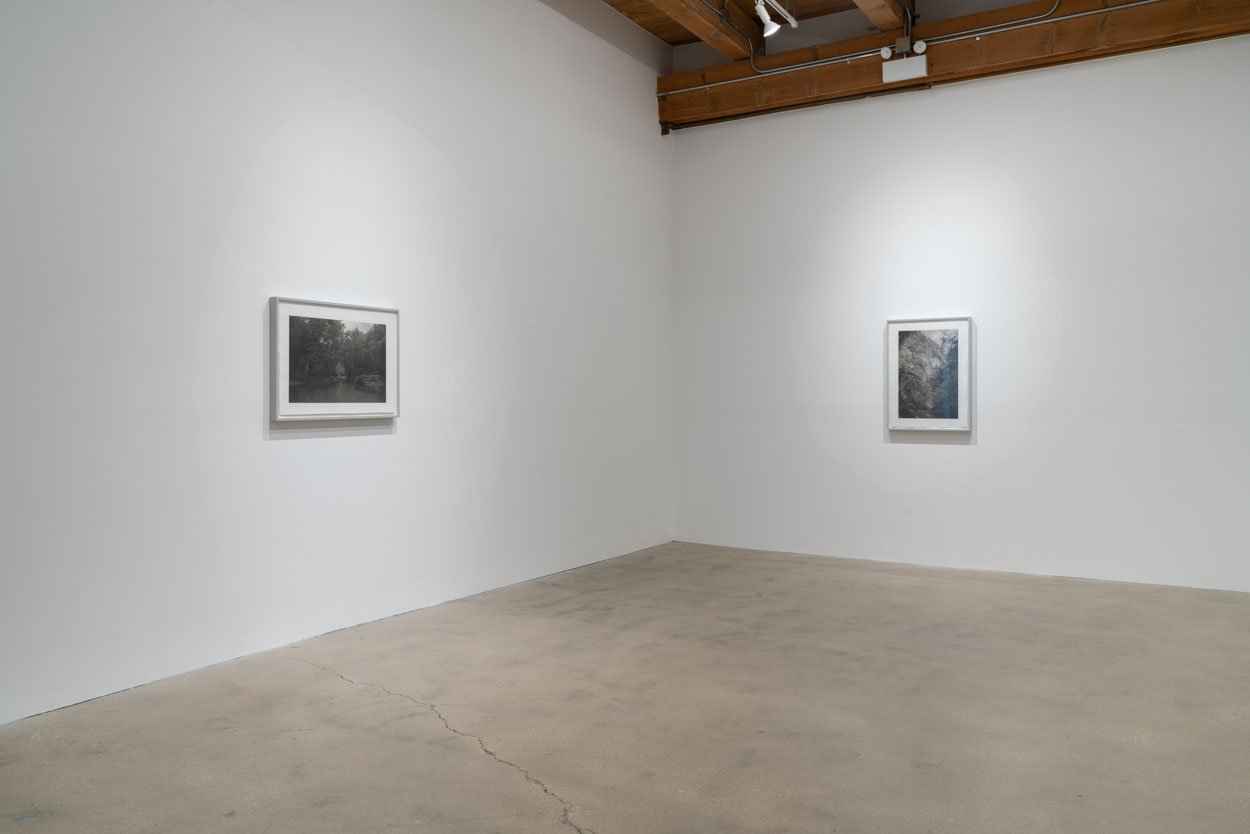 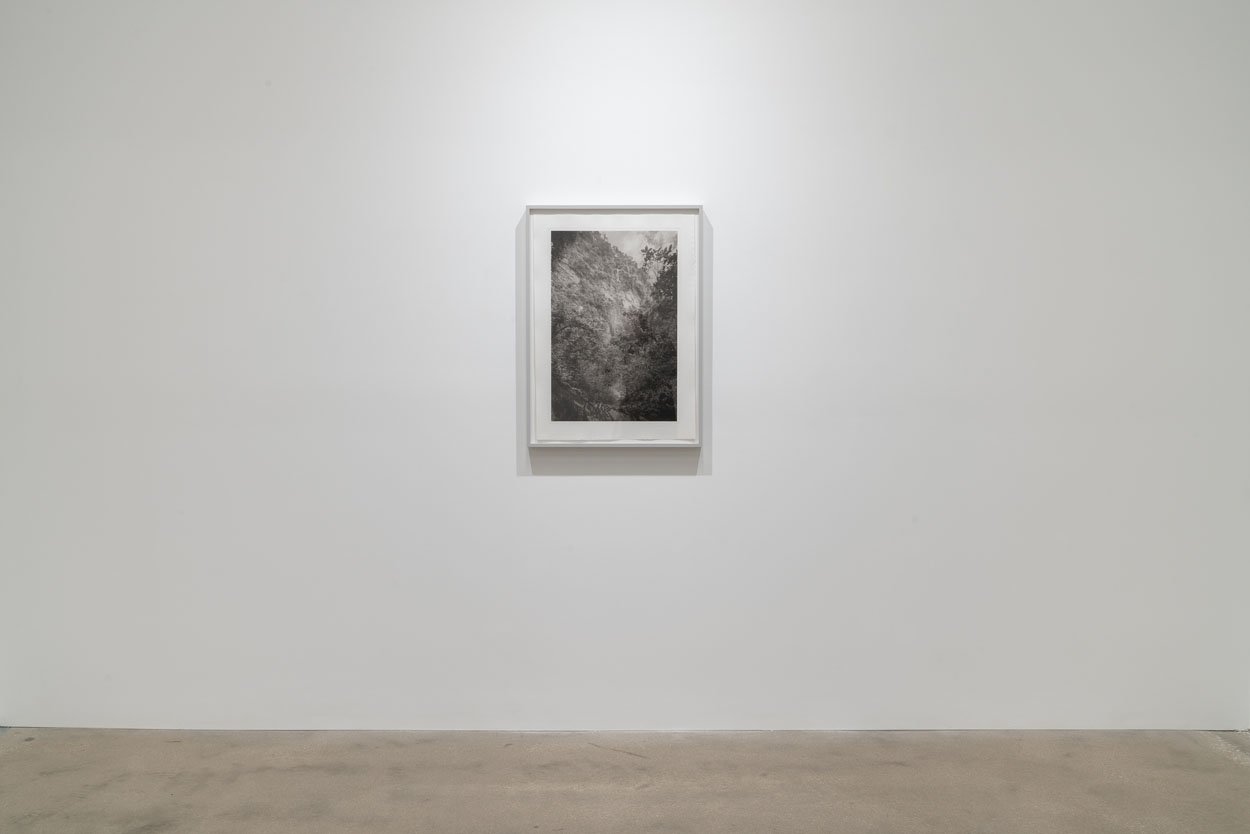 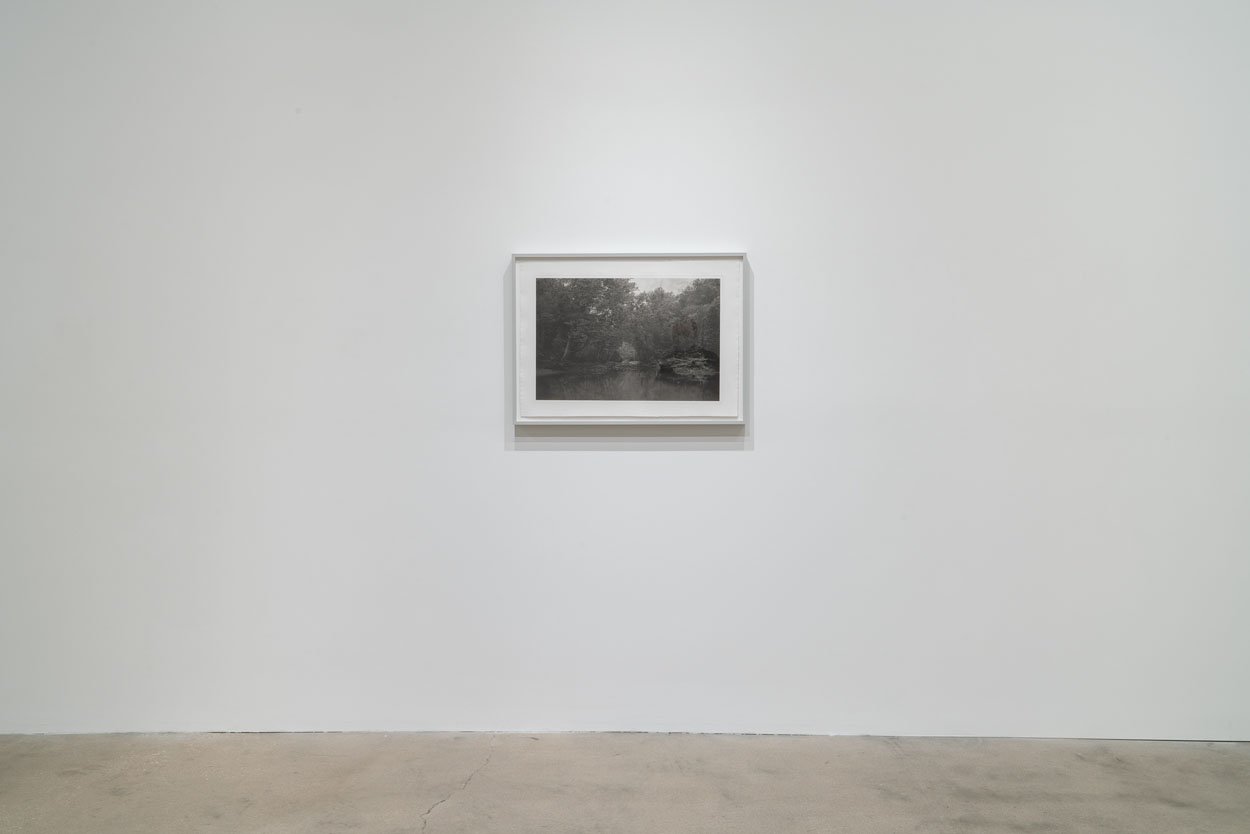 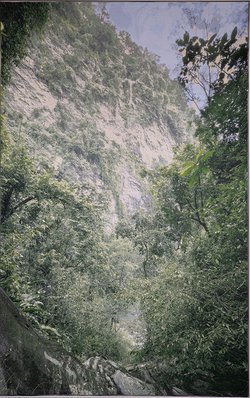 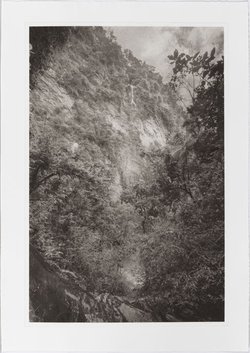 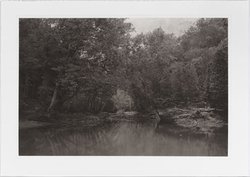 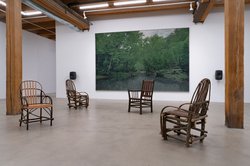 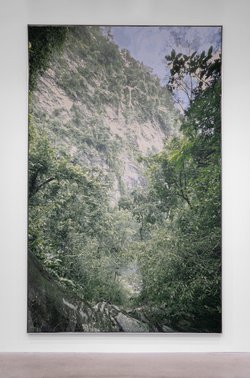 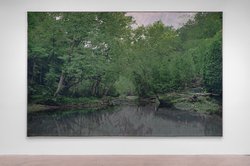 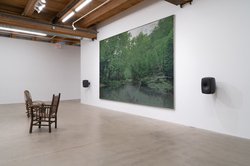 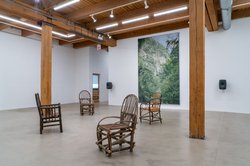 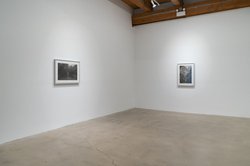 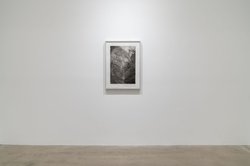 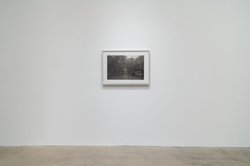 Corbett vs. Dempsey is honored to present David Hartt, The Histories (Old Black Joe), an installation with two Jacquard-woven tapestries and a quadraphonic soundtrack produced for Hartt by legendary musical figure Van Dyke Parks.  The exhibition also includes two related photogravure prints and a set of chairs that refer to 19th century Adirondack furniture.  This is the artist’s second solo show with the gallery.

Continuing Hartt’s photography-based installation work investigating the nature of spaces as sites for accumulated visual and intellectual connotation, Hartt has explained that the overarching The Histories project creates a strategic framework for exploration of material in depth, as a set of chapter-like iterations that address several questions: “How do we understand history, how do we receive it, how it is written, and how do we participate in it?  What stories or narratives are most present, and which ones are marginalized?” The Histories (Old Black Joe) is the second iteration in this three-part cycle of interrelated works.

The Histories cycle takes its name from Greek historian Herodotus, whose detailed, multiform record of the Mediterranean was an inspiration.  “He provided a model that accepts movement of people and the shifting nature of alliances,” explains Hartt.  “I wanted to use those sensitivities to geographies and interaction to ask different narrators to move forward to recount their experiences.  In my case, the geography is the Caribbean in relationship to the broader Americas.  We see all these different races, ethnicities, and societies coming together in a way that for me is the birth of modernity – you see the formation of something unprecedented, yet so deeply connected to our present.”

Hartt’s installation takes its subtitle from a well-known song by 19th century composer Stephen Foster.  Foster primarily wrote songs for minstrel shows and black-face although many have now been rewritten as genteel parlor ballads.  Hartt says:  “Despite the inherent racism of Foster’s legacy and the context of the song being written as a dying slave’s lament, there is something transcendent in the music that was recognized and praised by no less a figure than W. E. B. Dubois in his seminal text The Souls of Black Folk .”  Hartt invited producer, composer, and arranger Van Dyke Parks (producer and arranger for the Beach Boys, Randy Newman, Harry Nilsson, Joanna Newsom, and many others) to create a new version of the song.  Parks has long been connected to Caribbean music, starting on his seminal 1972 LP Discover America ; his involvement in the 1967 Disney animated film The Jungle Book , for which he arranged the song “The Bare Necessities,” establishes another of the complex of intertexts that circulate in the installation.  These floating signifiers are presented in the context of a certifiably wild, timbrally vivid version of the subtitle song, which Parks arranged with unsettling details such as a cracking whip and cartoonish pedal steel guitar.

Two 19th century landscape painters serve as further points of reference – Trinidad’s first internationally known artist, Michel-Jean Cazabon (1813-1888), who trained in Paris and was a member of the Barbizon School, and Robert Duncanson (1821-1872), the first internationally known African American artist, the only Black Hudson School painter.  “In order to understand post-colonial identity, you have to go to a colonial moment.  If you’re looking at the movement of people, a diaspora, you must go back to when they were being mobilized, either of their own volition or by force.”  Hartt took photographs of the exact location where Duncanson’s famed “Blue Hole on the Little Miami River” was painted in Ohio and the Maracas Waterfall in Trinidad, a site where Cazabon made several paintings.  Hartt’s images were then woven into tapestries, which allows them to function at monumental scale, and, because at close distance the images break up and texture is enhanced, they also are rendered more abstract, further diffusing the direct references to Cazabon and Duncanson.

“These aren’t voices that I’m trying to recuperate,” says Hartt.  “I’m not trying to justify their historical significance, I’m just putting a lens on them and using their stories and experiences, knowing full well that it will be contextualized by what we already know about the period.  I’m trying not to allow for any exceptionalism, not arguing that they should be understood as more important than they already are, I’m just choosing to see things through their eyes, to try to be as sober as possible about how they’re participating and what they’re producing.  I’m also careful about the structures of language, ethics, and ideology that seek to put these figures into a framework of struggle.  That compromises their humanity, makes them mythic and less real.  I’m much more interested in the real because you see them as participants and it brings me closer to them.  Think of cinema verité – those stories have a power because we can empathize, we’re not being manipulated into believing some kind of myth.”

Landscape as a genre codifies a relationship to site through aesthetic language.  Duncanson’s patrons were abolitionist landowners of the Ohio River Valley; Cazabon painted views for the British colonial ruling class.  Landscape lays claim to territory through its representation – from ownership and the right to exploit to leisure and the right to preserve. The Histories (Old Black Joe) uses unexpected figures – and strange bedfellows – from the fields of art and music to interrogate the crisscrossed fault lines of empire, post-colonial contraction and revolution that continue to haunt the physical and psychic infrastructure of today.  Hartt is not looking for easy or comfortable answers.  He confronts his remixed version of history with an unwavering critical eye and ear, eager to better understand his own place in the world.

Corbett vs. Dempsey is open by appointment only, Tuesday – Saturday, 11:00am – 4:00pm
To schedule an appointment please visit Tock.

For the safety of our visitors and gallery staff, no more than 4 guests visiting the gallery at any one time. Face coverings are required for entry.